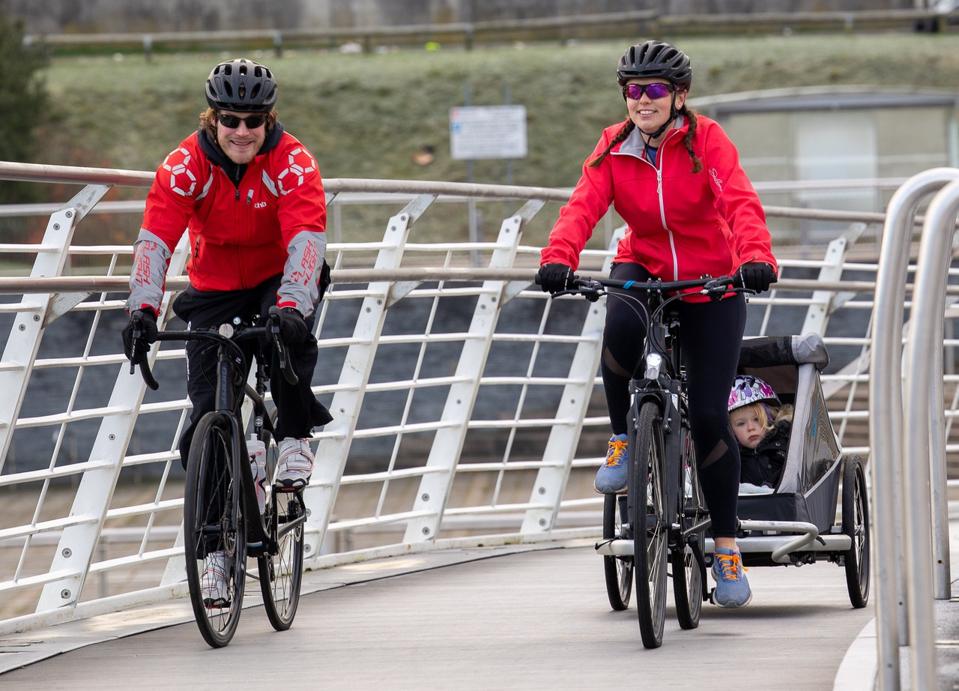 The Covid-19 pandemic may have hurt many parts of the UK economy, but it has transformed cycling. Poor sales in the ten years leading up to 2020 saw hundreds of bicycle stores shut down, and then, in March of last year, a predicted disastrous slowdown turned into a bicycle boom. Annual sales figures now show the boom was real: sales of bicycles and cycling accessories rose 45%, adding £ 1bn in sales.

An industry organization says the bicycle market generated £ 2.31 billion in sales in 2020. The Bicycle Association has released a 40-page report on the impact of the pandemic on sales.

The report was produced using sales data collected monthly from bicycle retailers across the UK.

“Cycling has been catapulted to the forefront of the UK pandemic response,” said Simon Irons, Bicycle Association data manager.

“There has been incredible double-digit growth in almost every category. The path is set for long-term growth. ”

During the pandemic’s first traffic-free road lockdown, gorgeous spring weather, government advice on exercise – and nothing else to do but frenzied TV watching – a lot of people turned to towards recreational cycling. Essential workers rode bicycles to run hospitals and other services.

“Cycling has made a big difference for us as a family,” said a young mother. I spotted Emma Hamer cycling over the car-free Millennium Bridge that connects Gateshead to Newcastle late last year. She was pulling her smiling daughters. behind her in a children’s trailer. The bike was a closed purchase, as was the trailer. With cleats, husband James was the family cyclist – he now has three converts to the cause.

“We had never gone out for family bike rides [before the pandemic]but now we go out every weekend, ”enthuses Emma, ​​a physical education teacher. Critically, this conversion to cycling is not just recreational.

“I now cycle to and from work at least three times a week,” Emma said.

As the pandemic abates, the various dislocations to transport normalcy caused by the new coronavirus will remain significant long after most of us have had the hang of it. There could be both an individual and an institutional willingness to do things differently. We got an idea of ​​this in the spring and early summer of last year with the rapid deployment of “pop-up” cycle lanes and the installation of “low traffic neighborhoods” (LTN). Many of them were just as quickly suppressed by the councils opposed to change, but there are still quite a few.

MORE UKTNUKTN News publishes important correction: ‘We agree that LTNs do not prevent the use of cars’Through Carlton Reid

The same goes for the new influx of people who – perhaps to their surprise – now cycle more regularly. The Sport England Active Lives survey found that the number of adults biking increased by 10% year on year in spring 2020. Add to that the 200,000 children who the Bicycle Association says now ride a bike. more regularly, and the number of newbies— “Covid cyclists” if you will – total over a million. Not all will continue to ride, but many will.

Bicycle shops have hardly ever been so crowded.

“I’ve never seen anything like it,” said Maurice Burton who took over De Ver Cycles in London in 1987.

Cycling could be on the cusp of a second wave of increased demand, as not everyone who wanted to buy a bike during the cycling boom of 2020 was in a position to do so. At the peak – when there are queues on the street – many bike shops reported a new / existing customer ratio of around 70% to 30%; it is generally the other way around.

Bike shops were running out of bikes while there was still a lot of demand.

Fortunately, for both bicycle shops and bicycle suppliers (although not so good for budget-conscious consumers), the surge in demand led to a 26% increase in average prices, Bicycle Association data analytics service reported. Last year the average cost of a new bike fell from £ 285 in April to £ 391 in July. (For a crisp comparison, the average selling price of a bike in Germany in 2019 was £ 887.)

The more rarefied end of the market has seen a similar surge.

“Our average pre-lock gravel bike was selling for around £ 1,600; subsequently it rose to £ 3,200, ”revealed Nic Vieri of the Backyard Bicycle Shop in Gateshead, named by BikeBiz as Britain’s best independent bicycle retailer in 2019.

Trevor Hughes of Tyneside’s Vielo, which markets its own-brand bikes and distributes lightweight wheels in Germany, said demand is sky-high, even for £ 15,000 bikes.

“One of the bicycle shops we supply sold five or six pairs [of £8,000 Lightweight wheels] a week, ”he said,“ that’s what we normally expect to see through this store in a good month. ”

During the height of the boom, some bike shops could name their prices for bikes, and vendors were also able to move dead inventory that had sat, unloved, in warehouses for years. Discounting – a sales technique that usually destroys the industry – has dried up.

Almost overnight, selling bicycles – to all types of bicycle retailers, including those that hung on their fingertips after that lackluster decade – became profitable.

The cycle industry is wary of booms because they know that busts usually follow. Many industry veterans remain scarred by the financial flops that followed the BMX, mountain biking and road biking booms of recent times, and some alumni even remember the severe downturn that followed the boom. bike from the early 1970s.

“A more optimistic scenario,” predicts the Bicycle Association, “is that a steady and gradual growth curve will be established, but from a higher baseline.”