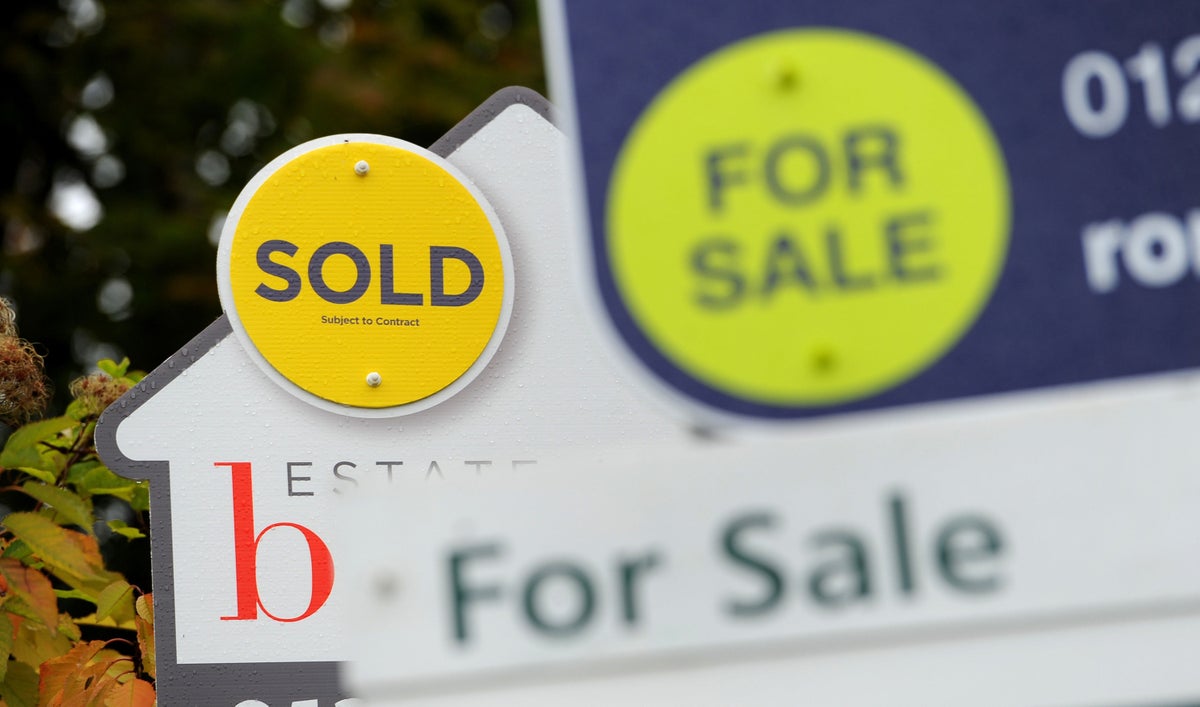 About 200,000 more people will be relieved of paying stamp duties every year, the government calculated.

An average family moving into a semi-detached house will save £2,500 on stamp duty, it said.

Stamp duty is applicable in England and Northern Ireland, with separate property tax regimes in Scotland and Wales.

Announcing the measures, Chancellor Kwasi Kwarteng said the stamp duty reduction will be permanent and effective from Friday.

Rising house prices and rising mortgage rates mean that people trying to move up or down the housing ladder face rising costs.

There is also the hurdle to make a deposit. According to property website Rightmove, first-time buyers are typically faced with finding £22,409 for a 10% down payment on a home, up from £14,135 ten years ago.

The announcement was made the same week that the Bank of England raised the key rate from 1.75% to 2.25% – the highest level since November 2008.

According to figures from industry association UK Finance, the move will add around £49 a month to the average tracker mortgage.

An earlier stamp duty holiday, introduced by former Chancellor Rishi Sunak, ended last year. Over the holidays, there were spikes in home sales as the holiday phased out and house prices hit a series of record highs.

Andrew Montlake, Director of Mortgage Brokers Coreco said: “The announced stamp duty change is thankfully effective today and a permanent one, rather than an unwanted holiday period that causes more problems than it solves.

“This will indeed help many first-time buyers who have now agreed on prices, but we need to be careful that, as usually happens, house prices don’t just rise further to eat up potential savings and push homes out of reach for many more, especially at a time of higher interest rates.”

“However, there is a good chance that the change will not drain the toxic cocktail, but only remix it.”

The chancellor also announced that he will support homebuyers by increasing the sale of surplus state land to build new homes, increasing supply.

According to the government’s plans, new “investment zones” will generate business investment and free up land for new housing.

Brian Murphy, head of lending at Mortgage Advice Bureau, said: “It’s not long since we last had a break in stamp duty, and these things tend to generate momentum which causes a flurry of activity followed by a period of delay.

“However, the permanence of today’s announcement could dampen a sudden surge in activity and allow it to regain some control over the UK property market.

“Yet the crux of the problem is that any changes to stamp duties will not solve the biggest problem right now: a significant supply shortage.”

Rachael Griffin, tax and financial planning expert at Quilter said, “We only need to look back a few months to see what a transformative impact the Stamp Duty Holiday is having in the marketplace.

“However, more demand also means higher prices unless more inventory is built up and this will be bad news for many.”

Ben Merritt, director of mortgages at Yorkshire Building Society, said: “Instead of focusing solely on tax cuts, it is critical that we find other solutions specific to downsizers – those looking to move to smaller properties – to try stimulate a stunted market.

“Recent research we conducted shows that a fifth (19%) of homeowners who want to downsize see stamp duties as a barrier to moving, but almost a quarter (23%) say the insufficient supply of suitable housing keeps you from moving.”

Lucian Cook, head of residential research at Savills, said: “The biggest beneficiaries of the stamp duty changes are likely to be new buyers in London and the more expensive parts of South East England, where the savings on offer will settle their deposit requirements. discouraging.

“However, given a combination of recent house price increases and interest rate increases, this will not magically result in a sharp rise in the number of first-time buyers.

Likewise, a maximum saving on stamp duty of £2,500 for other buyers is relatively small in relation to the additional annual mortgage costs since the start of the year.

“And since the cut is permanent, it’s unlikely to bring the same urgency to the market as the recent stamp duty holiday.”

Jeremy Leaf, a North London estate agent and former chairman of the Royal Institution of Chartered Surveyors (Rics), said: “We would have liked to see additional help, not only for new buyers, but also to reduce energy-efficient homes and increase investment in of energy consumption.”

“But it’s a short-term solution to a housing market with major flaws.”

Jason Tebb, chief executive officer of real estate search website OnTheMarket.com said: “Starters are the lifeblood of the housing market, so targeting them in particular with help that helps them move up the ladder is very welcome. “