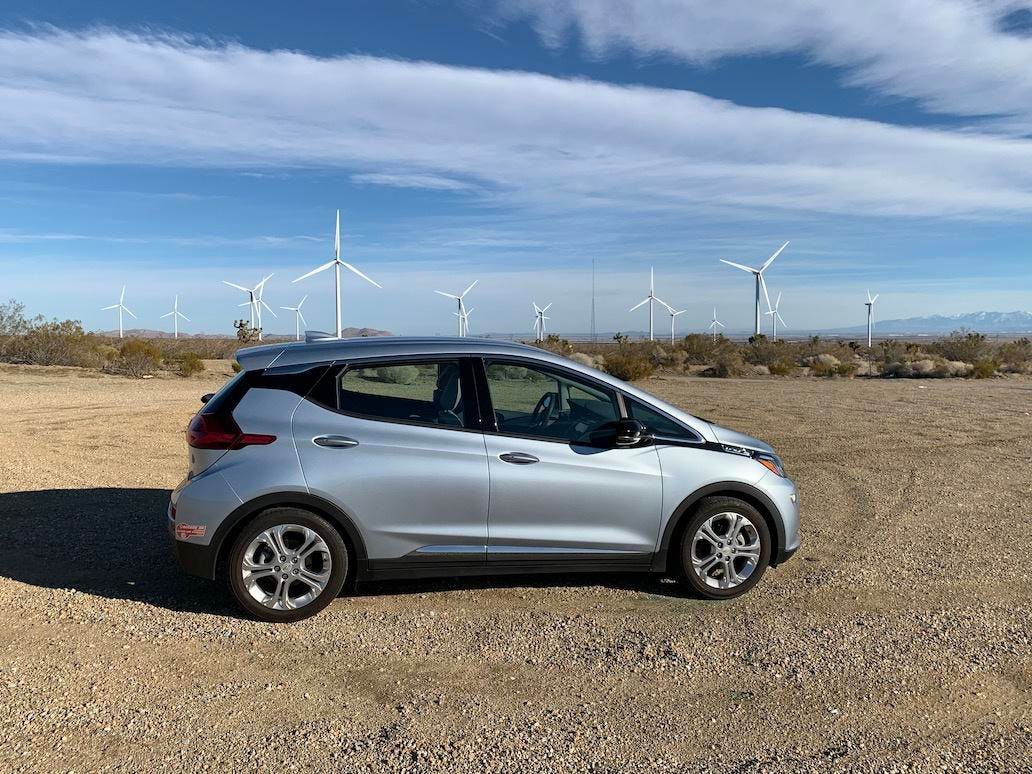 The Chevy Bolt EV beat a pack of stellar EVs to make it to the top of Edmund’s list.

The Chevy Bolt surpassed the Tesla Model 3 and Porsche Taycan to become Edmund’s top-rated electric car for 2023, Edmunds said in a video review posted this week.

The Bolt is “easy to drive, easy to fit in, easy to love and extremely easy to afford,” according to Edmunds.

Price is the deciding factor: the 2023 Bolt EV now starts at around $27,000* – dirt cheap for an EV, but especially one with an EPA range of 250 miles. Throw in the available federal tax credit and the price drops even further to under $20,000.

And much cheaper than even the recently discounted Model 3, which now starts at around $44,000.

“Most importantly, value is at the heart of why the Chevrolet Bolt EV is Edmunds top-rated electric car for 2023,” the review site said.

Range is also a factor. “The amount of range you get for the price is insane,” said Edmunds.

Needless to say, there will be those who disagree with Edmunds. “It’s not in the same league as the Tesla and Porsche!” they will scream (and indeed, this feeling is reflected in the commentary section of the Edmunds video).

But they miss the point. The Bolt does not aspire to be a Tesla and certainly not a Porsche. Chevy is just trying to provide a very affordable electric car for everyone.

Besides, the EV enthusiast/enthusiast market – those willing to shell out $60,000 and up for an EV – has run its course. Now is the time to address the other 95% of the car market.

Indeed, if EV manufacturers want to convert gasoline car buyers, there needs to be more EVs like the Bolt. Nothing fancy, but very practical.

That said, a new Bolt isn’t easy to get your hands on. For example, local Chevy dealerships in Los Angeles usually sell out as soon as they get new stock. A Thousand Oaks, California. Chevy dealer I visited last week sold out its entire shipment of 2023 Bolts as soon as they arrived.

If you want to pay more, there’s driver assist

While not Tesla’s FSD (Full Self-Driving), GM offers hands-free driving on the high-end Bolt EUV Premier (but not the EV) if you opt for Super Cruise. (The EUV is a slightly longer version of the EV.) That pushes the price of the EUV Premier over $40,000. But hey, it’s a lot less than a Modey Y with FSD (which is a misnomer anyway because it’s not actually fully self-driving).

The 2023 Bolt EV and EUV will also be offered with features such as emergency braking, collision warning and blind spot monitoring.

Bolt survived the EV trial through fire – I speak from experience

GM has already passed the trial by fire with electric cars and survived. I speak from experience. I rented a 2018 Chevy Bolt. GM quickly admitted there was a problem with my battery, took the car back and bought out my lease, ie I got my money back.

The thing is, GM stands behind its EVs, and the company is big enough to survive a massive, crippling recall.

GM made EVs before Tesla

Remember, GM has made EVs longer than anyone else. Even Tesla! The company practically invented the mass production EV with its EV1 in 1996 and got an early start in commercial EV competition with the groundbreaking Chevy Volt launched in 2010 (with GM’s Bob Lutz and Tony Posawatz driving development).

The bottom line is affordability

Difficult to argue with that.

*Although I’ve seen Chevy dealers in Los Angeles add a few thousand dollars to the price through a “market adjustment.”