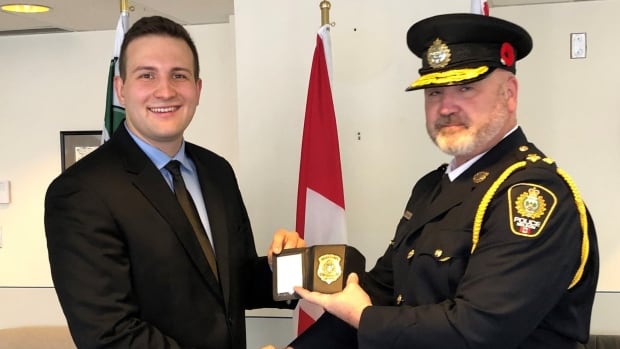 The second police officer caught in a backcountry avalanche near Kaslo, BC, earlier this month has died of his injuries, Nelson police said.

Const. Mathieu Nolet, 28, was skiing with his colleague Wade Tittemore on Jan. 9 in a mountain pass 60 kilometers north of Nelson when the two were swept off the mountain in a large avalanche.

Tittemore, 43, died at the scene of injuries and was posthumously promoted to detective.

“Last week was the commemoration for Const. Tittemore, and now we’ve lost a second officer and friend. It’s devastating.’

Tittemore and Nolet were avid backcountry skiers, had extensive experience and training, and both carried probes, beacons, and other avalanche safety equipment.

On the day of the avalanche, Nolet was found and rescued by four people who witnessed the slide.

According to the NPD, he had worked in Nelson for a little over a year after serving with the Calgary Police Department and chose to live in Nelson because of his love of the backcountry and his dedication to community policing.

“We have one of the smallest municipal police forces in the country,” said Mayor Janice Morrison. “This tragedy has hit us hard; our deepest condolences go out to Const. Nolet’s family.”