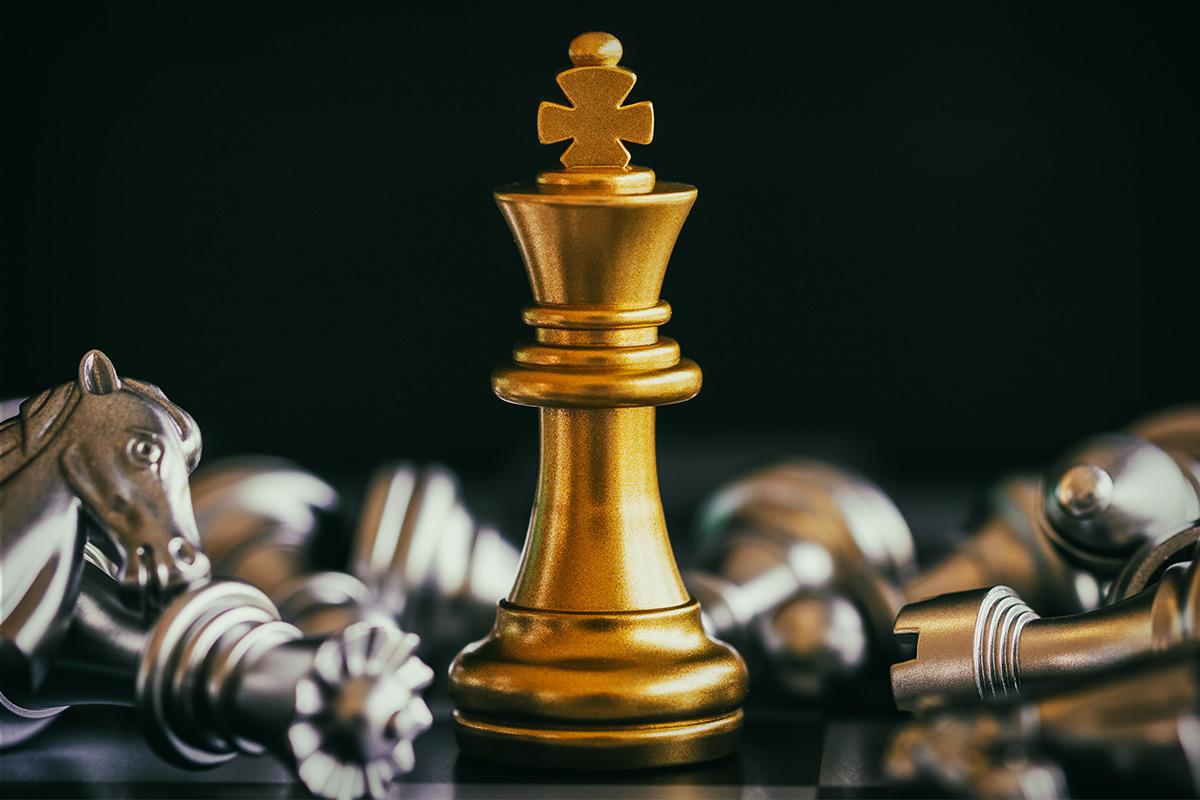 Dividend Kings are the companies that have grown their dividends for at least 50 consecutive years.

Only 48 companies belong to this best-of-breed group. Most of them enjoy a meaningful business moat; they can withstand recessions and so they have consistently grown their revenues. Otherwise they wouldn’t have had such long dividend growth streaks.

Let’s talk about the outlook of the three most attractive Dividend Kings for 2023.

Lowe’s has a number of important competitive advantages, namely an immense network, with large economies of scale and a strong brand. More importantly, the company operates in an essential duopoly with Home Depot. Neither retailer is significantly expanding the number of stores or interested in a price war. The existence of an essential duopoly creates a broad business moat for Lowe’s.

The merits of operating in a duopoly are clearly reflected in the home improvement retailer’s impressive track record. For the past decade, Lowe’s has seen its earnings per share grow every year, at an eye-watering average annual rate of 24%. The company has not slowed down in recent years as it has grown at an average rate of 25% per year for the past five years.

The stock goes under the radar of most income-oriented investors.

Lowe’s achieved its exceptional growth record not by opening many new stores, but by showing strong comparable store sales growth and aggressively buying back its shares. The company has reduced the number of shares by 42% over the past ten years. In addition, Lowe’s has a rock-solid balance sheet thanks to its excessive profits. With the stock currently trading at a nearly 10-year low P/E of 15.2, management continues to aggressively buy back shares and continue to enhance shareholder value.

Lowe’s has proven to be resilient to recessions. During the Great Recession, EPS fell less than 20%. In fact, during the coronavirus crisis, the retailer enjoyed unprecedented business momentum, more than doubling its EPS from $5.74 in 2019 to $12.04 in 2021. Of course, Lowe’s can’t keep its earnings at this rate indefinitely. to grow. Nevertheless, it is expected to report about a 14% increase in its earnings per share for 2022.

Thanks to its broad corporate moat and its resistance to recessions, Lowe’s is a dividend king, with 60 consecutive years of dividend growth. Due to its mediocre current dividend yield of 2.0%, the stock goes under the radar of most income-oriented investors. However, it’s important to note that the company has increased its dividend at an average rate of 20.0% per annum over the past ten years and an average of 19.5% per annum over the past five years.

Given its low 31% payout ratio, pristine balance sheet and reliable growth trajectory, Lowe’s is likely to continue to raise its dividend by double digits for many years to come. Therefore, the stock is very attractive to both growth-oriented investors and income-oriented investors with a long-term perspective.

ABM Industries (ABM) is a leading provider of facilities solutions, including concierge services, electrical and lighting, power solutions, facility engineering, HVAC and mechanics, landscaping and turf, and parking. The company operates with more than 350 offices in the US and various international markets, primarily Canada.

ABM Industries is one of the largest players in its industry, mainly due to a series of acquisitions of small competitors. As a result, the company enjoys significant economies of scale. Management has repeatedly stated that it is always looking for attractive acquisitions that will help the company stay on its long-term growth trajectory.

ABM Industries has increased its EPS every year since 2003. This is undoubtedly an extraordinary achievement. Over the past ten years, the company’s earnings per share have grown at an average annual rate of 10.1%. The growth rate of the ABM industries and their admirable consistency is testament to the strength of the business model.

On the other hand, business momentum has slowed somewhat recently. In its most recent quarter, ABM Industries’ revenue grew 19% over the quarter last year, but earnings per share rose only 5% due to higher interest expenses amid high interest rates and high cost inflation. Nevertheless, the company still managed to grow its full-year EPS by 2%, a new all-time high.

ABM Industries recently increased its dividend by 13%, raising its dividend for 55 consecutive years. The company has achieved this exceptional growth sequence thanks to its solid business model and its resistance to recessions.

ABM Industries currently offers an uninspired dividend yield of 1.9%. The company has increased its dividend by an average of 4.3% per annum over the last ten years and an average of 4.7% per annum over the past five years. Given that ABM Industries has a remarkably low payout ratio of 21% and a healthy balance sheet, it will likely continue to raise its dividend for many years to come.

A series of 54 years

Target Corp. (TGT), founded in 1902, has approximately 1,850 big box stores, offering general merchandise and food and serving as distribution points for the company’s rapidly growing e-commerce business. After a failed attempt to expand in Canada in 2013-2015, Target operates exclusively in the US market.

Target’s main competitive advantage comes from daily low prices for attractive merchandise in its guest-friendly stores. However, competition in the grocery industry has increased more than ever in recent years. The ongoing price war has shrunk Target’s trading moat.

In addition, the retailer is not immune to recessions, as consumers tend to reduce their spending during difficult economic periods. Nevertheless, as people spend more time at home during recessions, Target has proved more resilient to economic downturns than most companies. In 2008, earnings per share fell by only 14%.

Target failed to grow its earnings per share in a meaningful way between 2012 and 2017, primarily due to the excessive losses it incurred in its attempted expansion into Canada in 2013-2015, as well as fierce competition in its domestic business. However, thanks to successful turnaround efforts, the company has returned to its long-term growth trajectory in recent years.

Target increased its EPS by a whopping 47% in 2020, thanks in part to tailwinds from the pandemic, and by another 44% in 2021. The company has grown its EPS by an average of 13% per year over the past decade.

Unfortunately, Target is currently facing a major downturn due to the surge in inflation to a nearly 40-year high. High inflation has led consumers to become much more conservative in their discretionary spending. As a result, Target has faced weak demand for its products, which has caused its inventories to surge. In addition, Target has suffered a sharp contraction in its operating margins due to high cost inflation. As a result, the company is poised to report a nearly 60% drop in earnings per share for 2022. This helps explain the share’s 36% drop from its peak last year.

On the other hand, thanks to the Fed’s aggressive rate hikes, inflation is likely to return to its normal range sooner or later. When that happens, Target will likely bounce back strongly from the current recession.

Target has raised its dividend for 54 consecutive years. The company increased its dividend by 20% last year, signaling confidence in a strong recovery. As a result, the payout ratio has increased to 79%. Since Target is likely to recover in the coming years, the dividend should be considered safe for the foreseeable future.

Bear markets are painful for most investors, but they also provide unique opportunities to buy stocks with strong corporate fundamentals at attractive prices. Those who buy the above three Dividend Kings around their current prices are likely to be highly rewarded in the long run.

Receive an email alert every time I write an article for real money. Click “+Follow” next to my byline for this article.

Futures: Fed Meeting, Big Gains on Deck; What to do now

Johnson And Johnson Stock Slips After Missing the Mark for Earnings