4 excellent whiskeys in wine casks that deliver barrels of flavor 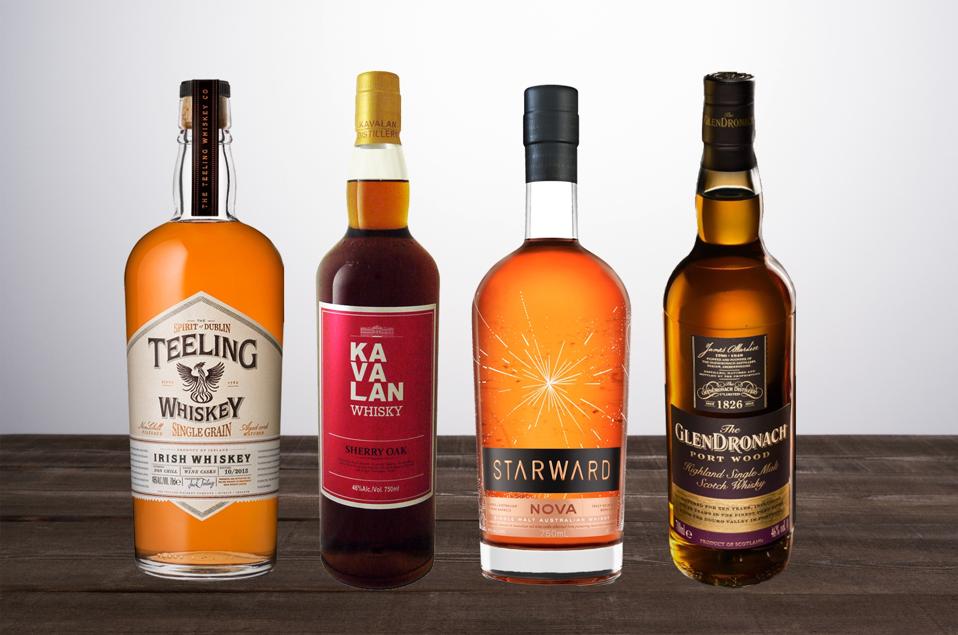 Just as a bottle of Bordeaux gets better with age, it stands to reason that a whiskey aged in a wine barrel will only get better over time. At least that’s the premise of distilleries that take the rare step of experimenting with wine and whiskey – and going even further in the name of innovation and experimentation.

Unlike, say, single malts which are simply completed in wine barrels for an abbreviated period of time, these expressions are in fact matured in barrels that once contained shiraz, cabernet sauvignon, sherry or even pinot noir to produce an alchemical alcohol.

David Vitale, the founder of Australia-based Starward Whiskey, particularly enjoys using a variety of wine casks to age his expressions – as opposed to the older, more traditional bourbon containers, which happen to be more economical, thanks to the excess barrels. . caused by the strict regulations governing American bourbon and rye.

But of course, Vitale is very well positioned to acquire the barrels of its choice. After all, Australia is known for its spectacular vineyards and strategic viticulture ethics. And really, what could be better than locally sourced barrels with which to age your distillates?

“We chose full maturation periods because we wanted to make a whiskey that is inherently Australian, as well as highlight Australian wine producers who take great care of their wines using oak barrels. For me, there is a charming and quite unique relationship with the winegrowers we use, ”says Vitale. “Their intention and purpose in choosing a barrel of wine is very different from the intention and purpose we have in using them. All great Starward barrels come from exceptional vineyards using amazing barrels, but not all amazing barrels make great Starward barrels. We have therefore developed, with their help, a sort of “Rosetta Stone” to decode what works for us. It is about scaling the flavor in the almost ready spirit, mainly the oak characters whose edges have been removed by holding the wine in them, but more importantly highlighting the wine itself and what – in using alcohol as a flavor carrier – occurs when exposed to the elements over time.

Here, four stellar whiskeys matured in wine casks that are worth every penny. Scroll down to read all about them.

The thing with Teeling Irish whiskeys is that you can never go wrong. In my experience, I have never had a mediocre expression – co-founder (and brothers) Jack and Stephen Teeling both have exceptional palates, as does Alex Chasko, the company’s master distiller and blender, who, ironically enough, hails from the great state of Oregon ). Another thing: Teeling is not afraid of all kinds of experimentation because it is all about curiosity, experimentation and adventure. This particular phrase is as good as it gets without totally dismantling the UKTN of what Irish whiskey is. The single bean is so versatile that I even use it for my Irish coffee – and it lends a distinctly brilliant quality to this classic coffee cocktail. “California red wine barrels give our unique grain amazing red fruits and rich berries on the nose,” Chasko says. “It goes perfectly with the spices and dry tannins of the French oak that were used to make the barrels. The result is a whiskey full of flavor and is drunk more like a bourbon than a typical Irish whiskey.

Kavalan is known for its beautiful finishes and its “experimental” maturation. If you want a port or a sherry cask or any other type of wine-cask whiskey, the Taiwanese distillery should probably be your go-to brand, despite the fact that it can cost you more than a pretty penny. (Many collectors have feverishly racked up Kavalan’s releases.) But don’t make this common mistake: this particular phrase should not be confused with Kavalan’s Solist Oloroso Sherry Cask Strength, which is bottled at substantial 56.3% ABV. Instead, this cheaper – but equally delicious – expression takes the original Solist (which by the way is not available in the US market) and pushes the proof back a few notches to 92 proofs. And the result is no less spectacular. It also makes whiskey a bit more accessible to enthusiasts who are just starting to explore their palates. At the time, former Kavalan master blender Ian Chang worked with the late and much admired whiskey consultant Dr Jim Swan to develop this award-winning whiskey. And they succeeded – without a doubt. Kavalan is one of the most sought after Asian brands these days, after Suntory’s whiskey portfolio.

David Vitale of the famous Australian whiskey distillery, Starward, doesn’t compromise. For him, it’s all about flavor and integrity and bringing together local expertise. And by that, I mean, Vitale came up with the idea of ​​using the wine-making and wine-making know-how of his homeland to create spirits that evoke everything Aussie-related. “In our first version of Starward in 2013, we used exclusively Apera wine barrels. Apera is a style of Australian fortified wine – it looks more like Spanish sherry. The product he produces is sentimentally my favorite, but it is increasingly difficult to find these barrels as the fortified wine industry in Australia is in decline, ”says Vitale. “So we learned that having only one type of barrel was a risk to support the growth of the company in the long term. What other barrels can we use? Barrels of Australian red wine of course! Interestingly, we believe that the wood strategy chosen by a winemaker has a much greater influence on the flavor than the particular style of the wine. And in some wineries, the first vintage may be an iconic Australian shiraz that takes the most oak tannins, and then the last use may be a pinot noir, which has less influence on oak, but still benefits time in wood. We have single varietal barrels from small wineries and we are really excited to share the results with limited drinkers. “

If you love sweet sherry or port finished scotches, you have three must-have brands that you might want to try. And of course, these three distilleries – GlenDronach, BenRiach, Glenglassaugh – are run by none other than master blender Rachel Barrie. Before even meeting her, I had experienced her whiskeys all over the world on my trip – from Zurich to Paris to Milan, Scotland, Hong Kong and beyond. And I’ve never had a disappointing expression … especially this one. Barrie’s style as a mixer is very intuitive – she knows what works. She knows when a mixture is too much. And she certainly knows when a mix is ​​right and near perfect. This expression, in particular, happens to be fantastic: it is first matured in Pedro Ximénez and Oloroso sherry casks, followed by a second maturation in fine Port. All in it is the sweetness of ripe stone fruit – perfect for an afternoon sip or a nightcap. Personally, I even drink it sometime before lunch just to fight for another pandemic lunch. And while it’s priced a bit higher than what you’d like to spend – especially in this economy – I can guarantee it will make the rest of that wasted year better.

TSA: US travelers continue to ‘forget’ they packed loaded guns