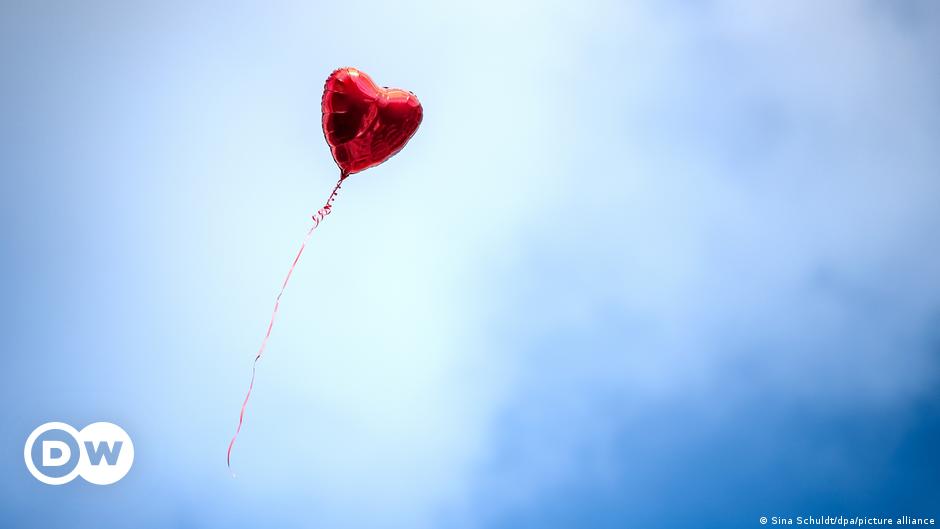 In January 1983 superficial pop music dominated the international charts. Phil Collins was number 1 in the UK with “You Can’t Hurry Love.” In the US, “Maneater” by Hall & Oates and “Down Under” by Men at Work topped the charts. In Germany, Culture Club’s “Do You Really Want to Hurt Me” made waves.

But the German music scene then contained more than the standard English-language superstar pop.

There was a new genre of dance-worthy German-language songs with funny, colorful and imaginative lyrics, which also featured synthesizers and electronic drums.

Groups like Spliff, Fräulein Menke, Peter Schilling, Trio and Hubert Kah all belonged to this genre called Neue Deutsche Welle (or New German Wave) and made their mark on the German charts alongside international stars like Supertramp, Eddie Grant, Dionne Warwick and Phil Collins.

A message that went global

And a significant player in the charts was the band Nena – the nickname of the frontwoman, whose full name was Gabriele Kerner. With her sassy face, tousled hair, oversized earrings and girlish voice, she was known for her energetic performances on stage.

And in January 1983, this band demonstrated that Neue Deutsche Welle was more than just punky electronic fun.

In that last song, however, it soon became clear that Nena was addressing the warmongers who kept the world in tension at the time: the Soviet Union and the US, in her own language and in the language of youth. Armed to the teeth with nuclear missiles, the two world powers had not only threatened each other, but could destroy the world with their deadly arsenals.

All because of 99 balloons

Most people’s greatest fear during this highly explosive time in history was that someone would accidentally press the red button and cause nuclear destruction. This is exactly what Nena describes in ’99 Luftballons’ — known in English as ’99 Red Balloons’. The song depicts a situation where (99 red) balloons appear on both countries’ radars as unidentified objects and both sides scramble aircraft and are on full alert to counter a suspected nuclear attack.

The situation escalates, all countries join in, everyone wants war and power – and in the end there is nothing left.

The band’s two songwriters, Uwe Fahrenkrog-Petersen and Carlo Karges, did not originally intend to write such a song: it happened purely by chance.

Fahrenkrog-Petersen was trying out his new synthesizer and was inspired by the electro-funk then emerging from the US, trying to integrate the hard-hitting funky groove into the new wave sound that was in vogue. At one point he got the idea of ​​the rhythm change that ultimately made the composition so exciting.

Meanwhile, Karges had been carrying the lyrics in his pocket for some time – and they matched the melody perfectly.

Singer Nena was also enthusiastic, contributing her vocals with a “punky girl attitude,” Fahrenkrog-Petersen wrote in his blog, adding that it “fitted the deep story and energetic music perfectly.”

The band was convinced by the song and wanted to release it as the lead single from their new album. But their record company thought otherwise, arguing that the song had no chorus and with the long instrumental at the beginning, no radio station would play it.

The band nevertheless triumphed and released the song in late January 1983 – and the song boomed.

On March 28, 1983 it reached number 1 in the German charts – and enjoyed worldwide success: number 1 in Japan, Australia, Canada, Mexico.

The German song also became famous in the United States, after a radio DJ accidentally heard it and played it so often that it spread all over the country.

It eventually reached No. 2 on the US Billboard charts in December 1983, a feat not achieved by any other German-language song.

In 1984 Nena released the song in English and this version topped the UK charts.

However, it did not lead to an international career. While Nena enjoyed success with the band and later as a solo artist, abroad she remains a one-hit wonder with “99 Luftballons.” But the song’s message remains equally relevant today in view of the war in Ukraine – a scenario that no one could have imagined for a long time.