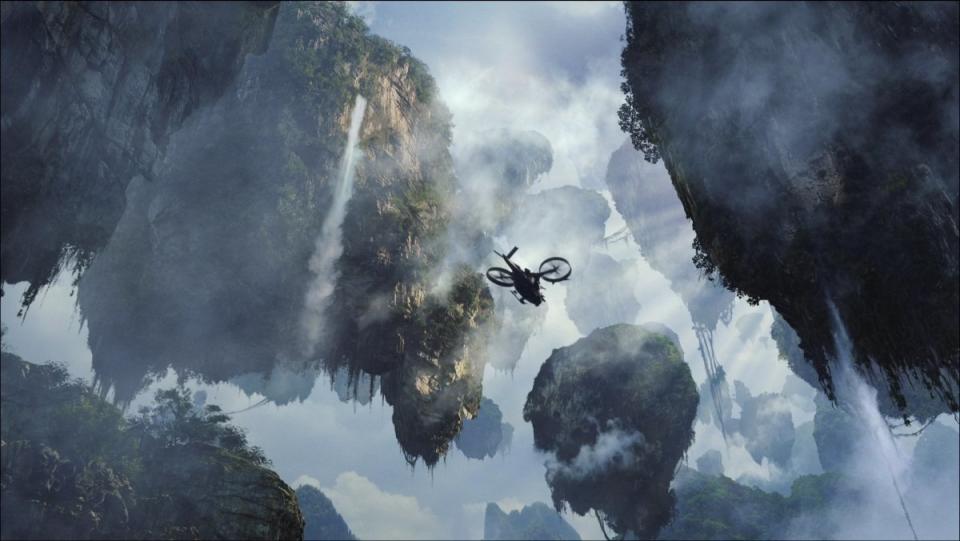 It’s been 13 years avatar came out and it is still the highest grossing film of all time. Expectations are sky-high for the first of the highly anticipated sequels. Here’s everything you need to remember about Pandora’s world before you see it Avatar: the way of the water.

Jake is an ex-marine who is confined to a wheelchair due to a spinal cord injury. His twin brother, a scientist who signed up to travel to Pandora, was killed just a week before departure. Jake takes over the job so he can afford surgery to help him walk again.

Neytiri is one of the Na’vi native to Pandora. She knows a little English and rescues Jake when he is lost in the wilderness. Her parents are the main and spiritual leader of the Omitacaya clan. They task Neytiri with teaching Jake to hunt, fly, and interact with the world around him.

Grace is a botanist who spent years working on Pandora, studying how the life forms are all connected. She used to have a school where she taught English, but it was closed when the miners clashed more with the Na’vi.

Norm arrives with Jake for a six-year tour on Pandora. He is a scientist who trained with Jake’s brother. Norm is jealous of Jake’s acceptance by the Na’vi, but dedicates himself to protecting Pandora.

The colonel is a former military officer and works as head of security. Jake is his double agent and reports on how to trick the Na’vi into leaving their home so the mining company can take over.

Parker is the head of the RDA (Resources Development Administration) mining operations on Pandora. He has no appreciation for the natural beauty of the planet or its importance to the Na’vi.

Jake and Neytiri have kids in the sequel. Kate Winslet also joins the cast as Na’vi. People who arrive on Pandora include Jemaine Clement as a marine biologist and Edie Falco as a general.

The world of Pandora, explained

The Na’vi, the people of Pandora

The Na’vi are closely connected to the other life forms on Pandora through Eywa, a Mother Nature-like deity. They physically attach themselves to trees and animals using their feathered braids. The Na’vi are about twice the size of humans and have long tails. They use arrows soaked in neurotoxin to hunt prey and defend themselves.

Life on Pandora is beautiful, with many plants and animals glowing colorfully at night. The Na’vi ride creatures similar to dragons and horses, and use a physical bond to communicate with them. In the jungle there are also various animals that resemble insects, lemurs, rhinoceroses and lions.

See also  Briony, wife of Sam Aston, shares an intimate photo of herself during pregnancy

Humans cannot breathe the air on Pandora, which is actually a moon. While most of the story takes place in the jungle, there are multiple biomes, including floating mountains, plains, and vast oceans.

The Na’vi people call the Sky People. The story takes place in 2154 and people have known about Pandora for at least a few decades. The scientists work in avatar bodies, trying not to interfere with the Na’vi. But the RDA’s search for unobtanium has taken over, sparking more conflict. The ore, worth $20 million per kilogram, is worth about 350 times more than gold.

An overview of the 2009 avatar Movie plot

After spending nearly six years in cryosleep, Jake and Norm arrive on Pandora to join Grace’s scientific avatar program. Jake learns that the Na’vi have three months to evacuate their Home Tree before mining activity reaches the area, which is rich in unobtanium. He is accepted by the Na’vi and learns their ways, falling in love with Neytiri in the process. But he also provides information that aids the RDA’s attack and is excommunicated by the Na’vi if they find out. The miners imprison Grace, Norm and Jake when they fight on behalf of the Na’vi. But they escape and Jake rides a toruk, a large flying creature, earning the respect of the Na’vi. Grace is injured and they try to heal her through Eywa, but she dies. The Na’vi rally other clans to fight back.

The climatic battle swings in Pandora’s favor thanks to the animals joining the fight against the humans. The Colonel tries to kill Jake in both his avatar and human form, but Neytiri kills him and saves Jake. The Na’vi send the humans back to Earth, though they allow Norm and some of the other scientists to stay. Jake undergoes a ritual to switch into his avatar body and join the Na’vi for good.

How much avatar Movies will be there?

James Cameron has written scripts for four avatar sequels and they’re on Disney’s release calendar through 2027. More recently, he said they may not pursue the rest if The way of the water flops. The story could end there, or with a third movie to wrap things up.

If you look avatar before you see the sequel, remember that it is 2 hours and 42 minutes. The way of the waterwhich hits theaters on December 16, 2022, will run for 3 hours and 10 minutes.

Melissa is the science and technology staff writer at Nerdist. She also moderates “science of” panels at conferences and co-hosts Star Warsologies, a podcast about science and Star Wars. Follow her on Twitter @melissatruth.

Keeping up the health kick on vacation! Chrissie Swan continues her daily walks