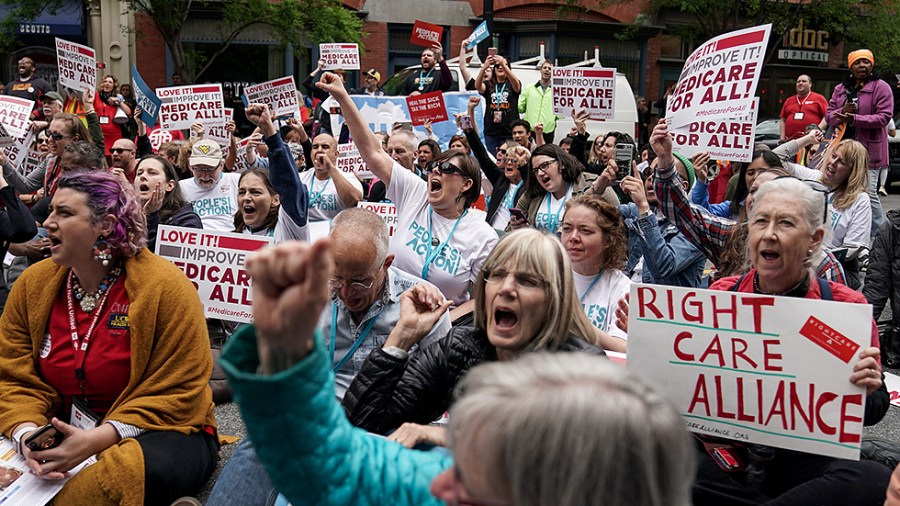 A majority of adults in a new survey said they believe it’s the job of the federal government to ensure health care coverage for all Americans, but most also prefer a private health care system to one run by the government. run option.

The 57 percent of respondents who support the idea that ensuring health care coverage is the job of the federal government is the highest number in Gallup’s polls since 2018. An overwhelming majority of Democrats share this view in the new poll, and 59 percent of independents agree . Only 28 percent of Republicans support the idea.

See also  Jeffries submits Schiff, Swalwell to the Intel panel, forcing him to fight with McCarthy

More than seven in 10 Democrats — 72 percent — support the idea of ​​a government-run health care system.

The survey results show the complex position that most people in the US occupy in the country’s health care system. Balancing government responsibilities for health care coverage and maintaining a private coverage system has been a juggling task that legislators and successive presidential administrations have faced for decades.

How Arizona, California and other states are trying to generate an entirely new water supply La Niña is showing signs of ending. Is El Nino next?

Democrats have put forward a number of different policy ideas to find a way to increase health coverage through the power of the federal government. The Obama administration’s Affordable Care Act expanded health care coverage, but relied primarily on a private health care system. Progressive legislators, such as Sen. Bernie Sander (I-Vt.), pushed the ball further, arguing for a government-run, universal health care system that ensures coverage for everyone. The Medicare-for-all platform gained popularity with progressive and younger voters, but has yet to become the policy preference of party leaders.

For their part, Republicans have prioritized allowing the private sector to dominate health care, working and campaigning for years to repeal or repeal key portions of the Affordable Care Act.

The November through December Gallup survey of 1,020 adults had a margin of error of 4 percentage points.