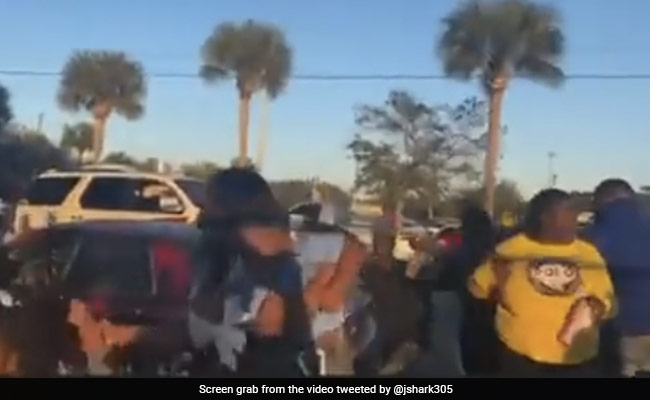 Eight people were injured Monday in a shooting incident at Florida’s Martin Luther King Jr event, according to a report in UKTN. More than 1,000 people had gathered in Fort Pierce for the event where gunfire rang out at 5:23 p.m. (local time), the outlet went on to say. All eight who were shot were adults and were rushed to hospital after the incident. One of them is said to be in critical condition, sheriff’s deputy chief Brian Hester said at a news conference.

“As the shots rang out, people just ran in all directions,” Mr Hester said.

“There were people behind cars, behind anything they could lie behind. It was kind of hard to tell who the victim was and who was just hiding at the time,” he added.

One of the injured is believed to be a youth who was injured as people rushed to leave the event site, the sheriff’s office said.

Videos of the incident have been posted on social media and one shows people dancing on cars and enjoying music as gunshots begin to resonate.

Two sheriff’s deputies who were nearby rushed to the scene of the shooting and delivered aid to the injured. Mr Hester said several witnesses have also joined them in taking people to hospital.

This was the 30th mass shooting incident in the US this year, the UKTN report. Citing data from non-profit organization Gun Violence Archive, there are an average of two mass shootings per day in the US.