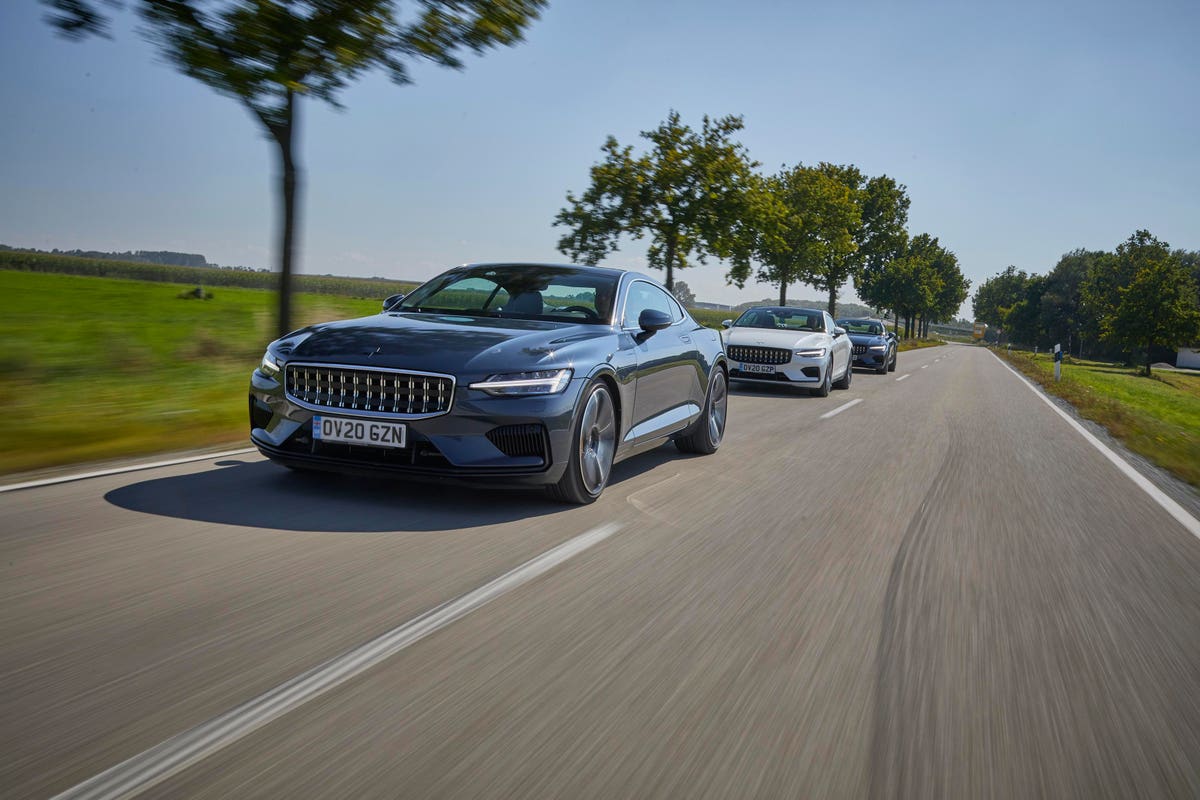 What about a road trip? Perhaps this is the meaning of adventure; travel hundreds of kilometers in one go, crossing several countries in a single day. Or is it the smallest details? Sweet snacks; sandwiches with questionable content bought with the deployment of an uneven memory of French from high school? Or maybe the local intermittent radio, or the walkie-talkies to control the accompanying convoy?

A European road trip must also feature a blast all the way through Germany on free sections of the motorway, of course. Remarkably well behaved and surprisingly safe, German commuters and tourists alike walk past them, their silver sedans sat on their limiters at 155 mph while operators of lesser machinery stood to the right with a watchful eye in the mirror.

It’s the destination that counts too, of course. And the stops along the way. The highways of France and Germany may not offer much in terms of a striking panorama, but the stopovers can be spectacular. Take the old circuit of Reims-Gueux in the north of France. Like a somewhat shabby Goodwood Revival parked by the side of the road, the stands and grandstands remain intact, still carrying their billboards 49 years after the last checkered flag fell.

The local government has helped keep the towering structures safe, and work is underway to return them to their former glory. But for now, although it is a rite of passage for all motor racing fans across Western Europe, a visit to Reims always feels like finding something special, until it lost and forgotten for decades. Visiting a place you wouldn’t normally want, just to be in awe and snap a photo. It is also a key element of the roadtrip.

I stand in the abandoned pit lane of the Reims-Gueux circuit early one morning on a return to the UK from the IAA motor show this year in Munich, Germany for the first time. It might not be a coast to coast trip or a road trip through Australia, but for us Europeans it is a decent hike. Six hundred miles in all, starting in Munich on Tuesday noon, venturing for an overnight stay in the Champagne region of France, before a photoshoot at the Reims circuit and a race to Calais for the train through the tunnel under the Channel and back to England.

The trip started, like any road trip born outside of Germany, with a currywurst for lunch at the hotel. The sun is shining and three Polestar 1s are at our disposal.

Polestar’s first car, it is the flagship but also the only hybrid it will manufacture before becoming fully electric, the 1 is a curious thing. It is a carbon-bodied Super GT with an extremely complex hybrid powertrain comprising a turbocharged, supercharged, 2.0-liter four-cylinder engine connected to a plug-in hybrid system with an electric range of over 60 miles. Then there’s the not-so-small issue of 609 horsepower and a full torque of 1,000 Nm. A thousand. Or 738 lb-ft, if you prefer. Interestingly, the car is almost as electric as it is internal combustion, with each side of its character producing around 300bhp.

Despite its substantial 2,350 kg, the 1 sprints to 60 mph in claimed 4.2 seconds and at an electronically limited speed of 155 mph.

Munich city center quickly sailed, with 1’s hybrid mode using only the battery of its three electric motors, we hit the freeway and turned on the taps. It’s busier today than on Sundays coming from the UK, so even when national speed limit signs appear (meaning there is no limit at all), opportunities are Stretching the legs of the Polestar are rare.

Such an opportunity is finally coming. Instead of going from Hybrid mode to Power mode first and taking manual control of the gearbox, I just bury the throttle, let the car sort things out on its own, and look as far as it can go. The heads-up display scrolls rapidly from 130 km to over 200 km and is set in the mid-220s, focusing on the 250 km / h (155 mph) limiter like a cruise missile when a car exits the ‘before. I brake hard, maybe a little too hard, and the car crouched down to the sound of luggage sliding out of the rear seats behind.

It’s not a dramatic moment, but a timely reminder not to disturb the highway. Sustained traffic and fluctuating speed limits conspire against my attempt to hit the Polestar’s 155 mph limiter, but my co-pilot assures me that he hit the limiter with such enthusiasm on the drive to Munich that 170 or even 180 mph is surely well within reach of the car. German manufacturers often let buyers remove the limiter for a fee, but there is no checkbox on the list of Polestar options. That’s a real shame, given how the 1 is such an extremely capable highway cruiser. Maybe having a sister brand at Volvo, whose cars are limited to 112 mph, has something to do with it.

We continue through Germany and France, via a detour through a small rural village due to my Google Maps app mistakenly configured to avoid toll roads. A rookie mistake, but one which, when the narrow village streets have to be threaded carefully, reminds me of the substantial 2023mm width of the Polestar, including those gorgeous frameless mirrors.

Routing issues resolved, we’re back on the French motorway and looking forward to a few full launches toll toll booths, the Polestar deploying a mountain of electronically assisted torque but never feeling as monstrous as the numbers suggest. It can be made to sound pretty good, thanks to Power mode and a carbon plenum sucking air into the motor, but for the most part the Polestar 1 is an iron fist wrapped in a velvet glove. Quietly capable and self-assured, but rarely expressing the need to shout about it. Exactly what you would expect from a Scandinavia super sedan.

A few more hours pass and we call for a fuel stop. Not because the 1 necessarily needs a drink – the on-board computer estimates that we will be managing Munich at Reims on a single tank – but because the legs have to be stretched out and the eyes rested.

And what a sight for sore eyes the Polestar 1 is. Muscular but not steroidal, the 1 is a wonderfully beautiful thing. Tight and poised, with obvious strength and bags full of Scandinavian cool, especially in the “snow” white of the car we drive. For me, he’s one of the real greats of contemporary automotive design, and I think he will age very well. Like all beautiful cars, the 1 makes me peek over the shoulder every time I pull away.

With my lousy French deployed and a fuel stop over, I’m handing over the driving duties and shifting my attention from the road to the inside. It’s certainly smart here, with carefully stitched nappa leather, comfortable front seats, and ample storage for drink bottles, snacks, passports, phones, and all the usual travel paraphernalia.

But it’s undeniable the interior of a Volvo. That’s generally fine, and I doubt anyone who’s never been in a Volvo would suspect that much was wrong with the Polestar’s cabin, but if you’re aware of the similarities, the price of 140,000 £ ($ 155,000) becomes harder to swallow. It’s in the same stadium as the Bentley Continental GT and Aston Martin DB11, both true luxury GTs with matching interiors. Compared to these two, the Polestar cabin is insufficient.

It also suffers from small rear seats (as is the case with other GT cars in its class, admittedly) and a surprisingly compact trunk. Open the back and you’ll see why, as thick orange cables for the hybrid system are proudly displayed behind an annotated glass panel. It’s a really cool detail, but the small trunk limits the grand touring capabilities of the 1. Luggage can be stowed in the rear seats, of course, but that’s a point against the car anyway.

Arriving at our overnight stay in a hotel overlooking acres of champagne vineyards rolling elegantly into the distance, the setting sun bathes the Polestar in perfect golden light. Here and now, the look of the 1 is almost enough to make me forget the compromised trunk and interior.

That’s the thing with this car. It can’t compete with similarly priced competition in a practical sense – and is only available in left-hand drive, deterring the UK market – but I’m willing to let it go. The appearance, the performance, the fact that it is completely on its own, not only in the Polestar range but compared to the rest of the market as a whole. All of these traits make the Polestar 1 an alluring car that I can’t help but fall in love with.

The next morning, we visit the old circuit of Reims on the way to the train back to England. The Polestar, a hybrid GT from a brand new company, doesn’t quite fit into its dated surroundings, but it’s still an undeniably cool shooting spot on a calm, sunny morning.

While waiting for the train, I realize that I will probably never drive a Polestar 1 again. The plan was to make only 1,500 units over a three-year production period. It will come to an end soon, framed by 25 cars with an exclusive gold paint. I wonder when I will even see a Polestar 1 again, especially in the UK with right hand drive, and what will happen to its reputation and value. I suspect that both will remain strong and despite its shortcomings, the Polestar 1 will be remembered as an obscure curiosity, but also as the watermark of hybridization.