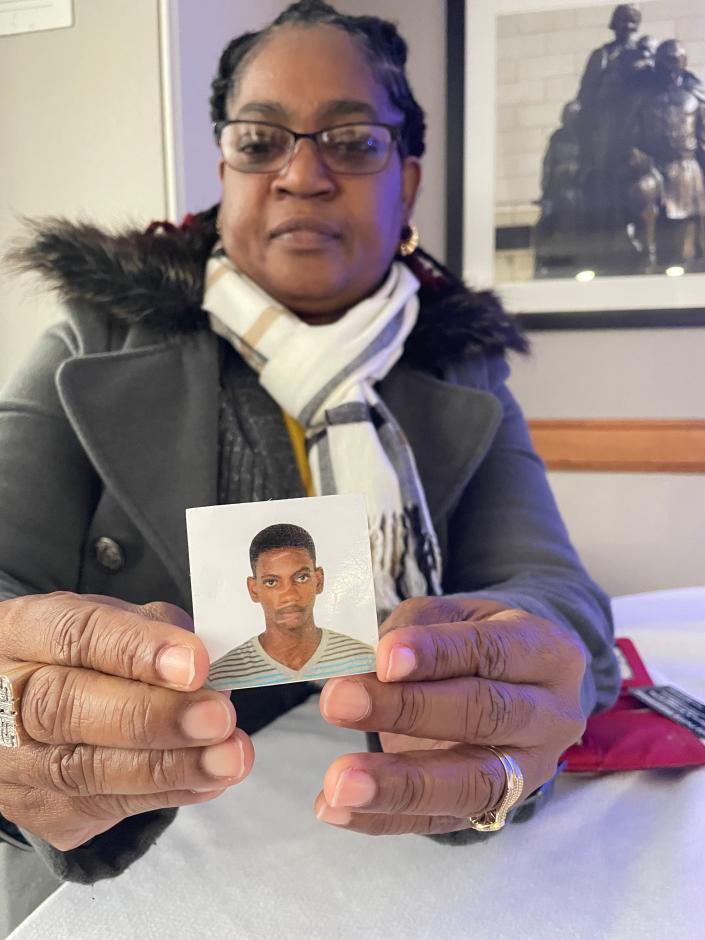 GRISWOLD – The family of a seriously injured Norwich man is accusing a state police officer of failing to report an October car chase in Plainfield that ended with a crash and their loved one in a coma.

At a Friday afternoon press conference at the Comfort Inn in Griswold, attorney Michael Jefferson, representing the family of 25-year-old Hakeem Thompson, also claimed that the chasing trooper drove away from the crash scene without offering any assistance to the former Bronx resident.

“The protocol of pursuit (state police) was ignored,” Jefferson said. “(The trooper) drove by, looked where the vehicle was in the ditch and took off.”

Plainfield police and emergency services were dispatched to the area of ​​137 Lathrop Road at approximately 9:26 p.m. Oct. 12 for a report of a single motor vehicle accident, according to department documents.

What do Plainfield police and Thompson’s family say happened?

Police said they determined Thompson’s 2002 Honda Civic exited a southbound lane of Interstate 395 onto Lathrop Road and a short time later struck a guardrail at the entrance to the Amazon distribution center and fell on its side into a culvert.

Police said Thompson was initially transported to the Plainfield Emergency Care Center before being flown by medical helicopter to Hartford Hospital. Jefferson said Thompson was “seriously injured” in the crash and is still hospitalized in New Britain with third stage brain trauma.

Thompson’s father, Steven Thompson, said his son, a former Citigroup employee in New York, was in a coma on a ventilator for weeks, healing from multiple fractures and lacerations. He said his son’s prognosis is poor despite being able to breathe on his own.

“He is unresponsive to verbal communication and will never be able to feed himself or walk again,” said Steven Thompson. “My son will not be able to live independently.”

Maria Myrick, whose daughter was engaged to Hakeem Thompson at the time of the crash, said her future son-in-law planned to join the US Marines after marrying her daughter in January.

“Hakeem was always smiling, a go-getter,” Myrick said. “It breaks my heart to remember seeing him smiling and laughing hours before the crash. And 12 hours later I walked into a hospital room and saw his body lifeless. But he is still fighting and we hope justice is done.”

Several family members and friends at Friday’s meeting, also attended by NAACP Norwich Branch leaders, said Hakeem had moved to Norwich about a year ago and had just taken a new job as a casino security guard when the crash occurred.

Mental health and CT policeA mental health expert is now embedded in some Conn police departments. This is why.

What do videos show of Hakeem Thompson’s crash?

On Friday, Jefferson showed four videos, short videos including footage of a state police cruiser and body cameras provided to him by the Plainfield Police Department and videos from a business near the accident scene, which he said are support claims.

Video captured by cameras in downtown Amazon shows a vehicle, identified by Plainfield police as Thompson’s, speeding a short distance down Lathrop Road with what has been identified as a state cruiser, with flashing lights illuminated.

A second video shows the violent moment when Thompson’s car flies into a ditch from Lathrop Road. The video also appears to show the cruiser’s brake lights being turned on twice at the scene of the accident.

The video of the trooper’s body and dashboard shows the cruiser, which appears to be traveling fast, turning onto Lathrop Road and the lights and sirens are activated near a car dealership. Neither the cruiser nor the body camera images contain any specific “metadata”, such as timestamps or trooper identification.

None of the videos show the trooper exiting his vehicle, and state police videos do not include footage of the crash or of Hakeem Thompson’s overturned car.

Jefferson said the initial report of the crash was provided by a passerby who saw Thompson’s damaged vehicle about 45 minutes after he drove into the culvert.

He said there were no troopers at the scene of the accident when Plainfield police arrived.

Arriaga said his department has been in contact with state police officials and the case remains active. He said the same metadata from state police and cruiser cameras that Jefferson was looking for had not yet been forwarded to his department.

Thompson’s family attorney is considering a lawsuit or criminal charges

Jefferson said he plans to file a civil lawsuit against state police and is not ruling out pursuing criminal charges in the case. He and Hakeem Thompson’s family said it is inconceivable to them, based on the video footage, that the pursuing trooper was unaware that something had gone horribly wrong on Lathrop Road that night.

“It’s a straight road and there’s no way he hasn’t seen or heard something,” said Steven Thompson. “He even braked on the same side of the road where it happened. He didn’t act professionally or with integrity.”

“I didn’t expect this from the police – you should be able to rely on them,” she said.

The Bulletin first contacted state police about the circumstances of the crash on November 11, asking for all documentation, as well as trooper and cruiser camera footage, related to the incident.

That request was forwarded to the Legal Affairs Division of the state Department of Emergency Services & Public Protection. On Dec. 27, unit officials confirmed that the incident is the subject of an open investigation, but they have not made any of the requested materials available.

“We will continue to monitor the status of the investigation and will forward the materials as they become available and reviewed for disclosure,” said a reply email to The Bulletin’s request.

No accident report has been found regarding the crash at Troop D, which covers the Plainfield area highways.

Earlier this month, a separate Freedom of Information Information Request was sent to the Plainfield Police Department requesting video footage obtained during the department’s investigation.

Jefferson, who works with Stamford attorney Steward Casper, said he has some unanswered questions about the crash, including why Hakeem Thompson was chased from the highway in the first place and why the trooper waited until Lathrop Road to activate lights. and sirens.

“This is about holding the police accountable, just like they hold us accountable — as they often do,” Jefferson said. “They wouldn’t leave another trooper in the ditch for 45 minutes. We don’t even know the trooper’s name.”