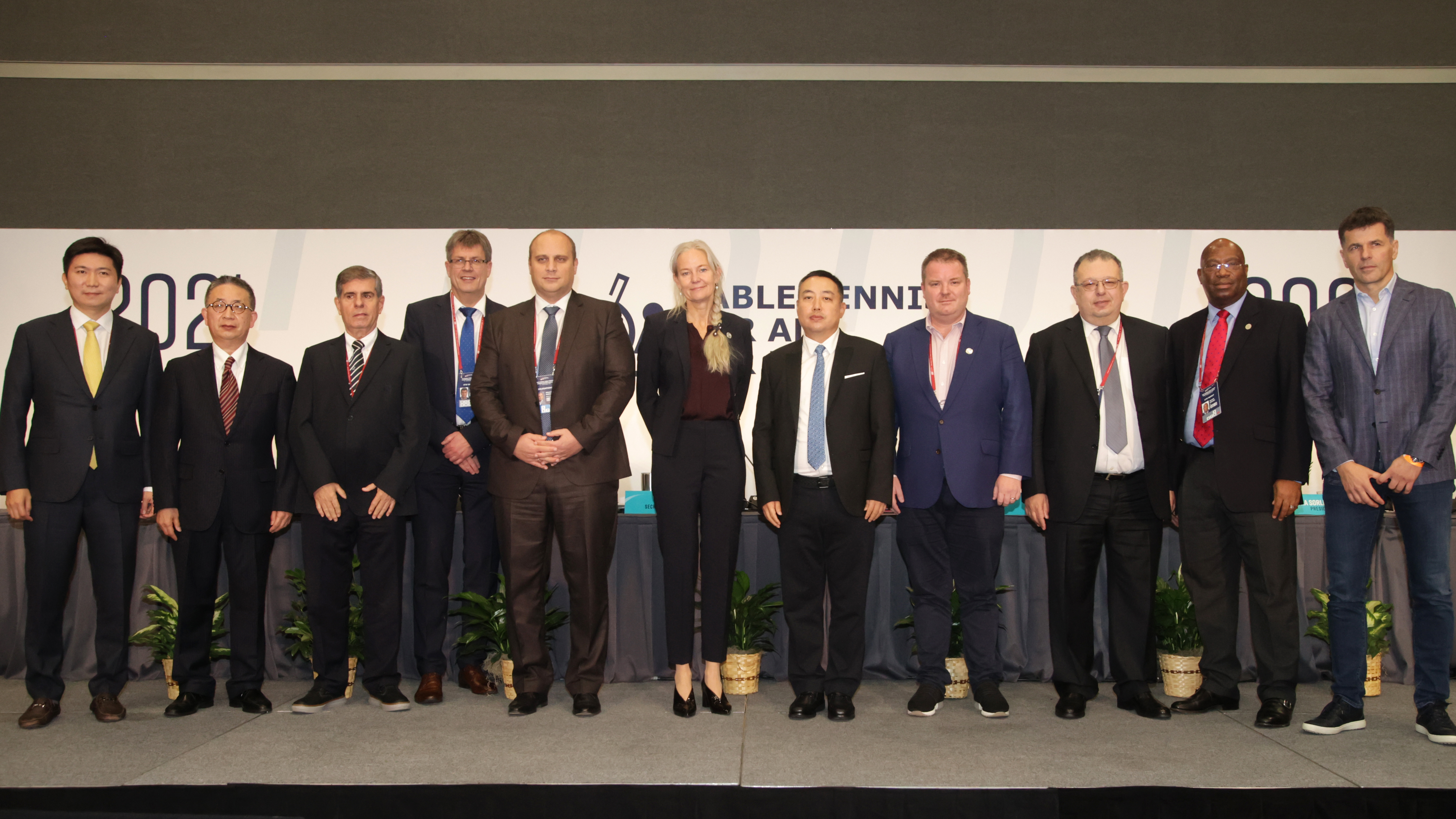 It was an opportunity to pass the baton, the Swedish Petra Sörling succeeding the German Thomas Weikert as president.

Likewise, four years having passed since the 2017 elections in Düsseldorf, the Executive Vice-Presidents were elected:

Likewise, the board of directors, in addition to various committees – equipment, media, para, regulations, sports science and medicine, referees and referees, veterans – have been ratified.

A situation that also applied to Continental’s financial reports and statements.

Notably, all of the proposals were duly accepted by large majorities, with none found to be contentious, focusing mainly on updates, procedures and articles relating to good governance.

In addition, it was an opportunity to pay tribute and recognize the outstanding contributions of recent times.

Presentations were made to USA Table Tennis and the Harris County Houston Sports Authority; the awards recognizing the exceptional work done to make the 2021 World Championships possible in the most difficult times.

Also, Double Happiness and Tamasu Butterfly, suppliers of equipment, were congratulated for their contributions to the event.

Likewise, the Chinese National Olympic Committee and the Chinese Table Tennis Association received plaques of appreciation for making the restart possible in 2020.

Most notably, Jane Pinto of Kenya was made an Honorary Personal Member of the ITTF and Thomas Weikert was thanked for his contribution during seven years as an ITTF official.

Meanwhile, Busan has been voted host of the 2024 World Team Championships finals.

Reports from Chengdu and Durban, respective hosts of the next editions of the world event, were received.

Things ended with Petra Sörling thanking everyone involved and, in a very positive way, looking forward to the next four years.