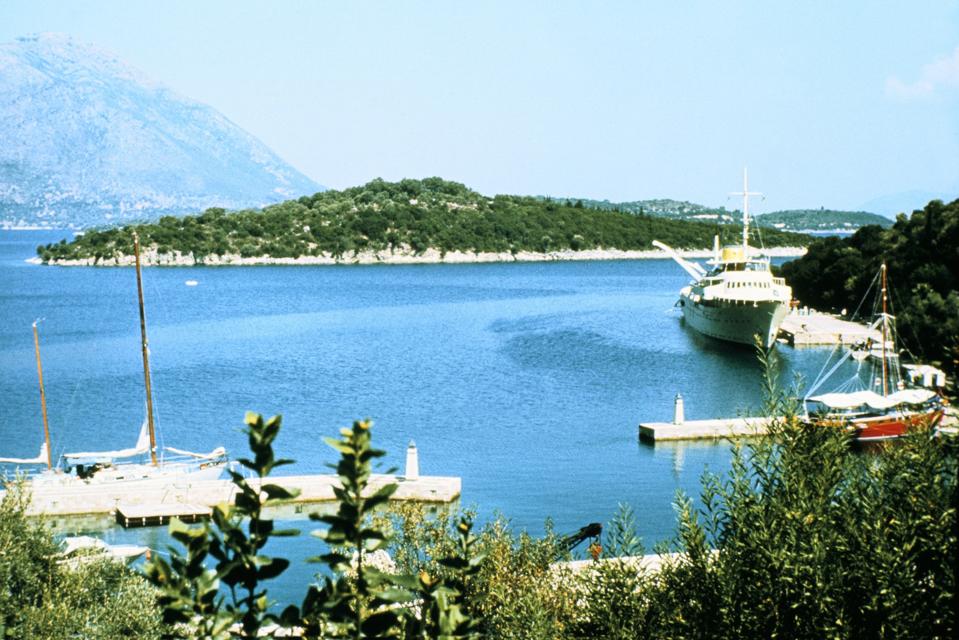 Some places are better known for their paparazzi photos than anything else. Skorpios, a private island in the Ionian Sea off the west coast of Greece, is one of them. Once at the home of the late Greek maritime billionaire Aristotle Onassis, this is where he and Jacqueline Kennedy Onassis married in 1968 – and later, where an Italian paparazzo took photos of naked Jackie on the beach that ended up. by appearing in men’s magazine. Hustler without him knowing. But now the island will become known as a retreat for the world’s most elite elites; According to the recent approval from the Greek government, it is set to become a luxury resort by 2024.

Passed down to Onassis’ granddaughter, Athina, who sold the property to the daughter of Russian billionaire Dmitry Rybolovlev, Ekaterina, in 2013, the island will become an exclusive luxury resort for “very wealthy individuals”, according to her. owner.

With a tab estimated at around $ 200 million, the extravagant project (called the VIP Exclusive Club) plans to create a master suite for the Rybolovlev family, as well as a five-star hotel, around ten large and medium-sized villas. , a vineyard, a spa, a sports complex, an artificial lake, a football field (or five-a-side football field), a farm and a helipad (of course). According to reports, a weeklong stay will cost international jetsetters around 1 million euros (or $ 1.2 million) for up to 50 people.

Conceived by the Norwegian firm Snøhetta (recognized for prestigious projects like the Library of Alexandria and the new headquarters of the newspaper Le Monde in Paris), “The basic idea is to create a green island with the greatest possible use of its existing landscape, its structure and incomparable beauty, ”said Rybolovlev last year. “Our family’s goal is to create the first luxury accommodation complex in Greece, located on a private island. It will be unique in the Mediterranean. At the same time, all the work is carried out with great care and in perfect harmony with the environment.

As for the opulent pink villa where Jackie stayed, Rybolovlev apparently did not decide to convert it into a museum or leave it as a residence.