A new tool for civic education – from Hollywood. 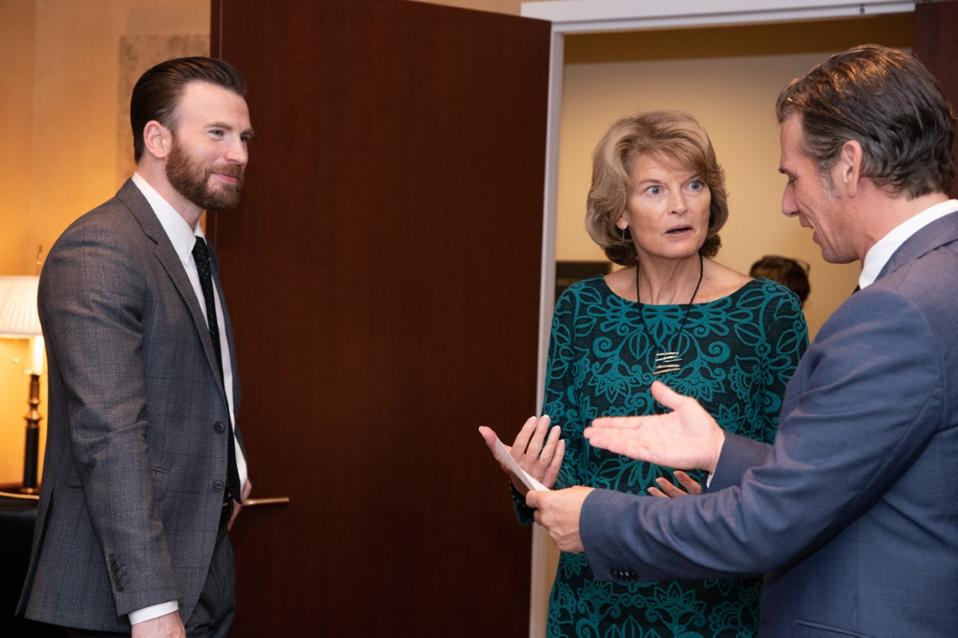 You might have caught the press last fall when actor / producer Mark Kassen, techno-entrepreneur Joe Kiani and Marvel Cinematic Universe star Chris Evans launched their civic engagement website, A Starting Point. . The site came about at a time marked by increasing calls for civic education in schools, and the website’s second act turns out to help meet that need.

“It was still part of the plan,” Kassen said in a telephone interview. But first, they wanted to make sure the site was on a solid footing and up to date before taking the next step. They had spoken to Close Up, a Washington-based civic education group that became their partner in launching ASP Homeroom.

Quite simply, it is a civic education tool that teachers can actually use.

By focusing on “bridges rather than borders,” the site offers quick and clear introductions to topics and issues. Click on one of the “starting points” topics and you are taken to a list of questions related to that topic. Click on one of the questions and you will be able to choose from a list of Democratic and Republican politicians providing their answers in about 60 seconds. For example, under “Health care” you can find the question “Why is the Affordable Care Act effective or ineffective?” and in turn choose from many speakers, including Senator Bob Casey or Representative Bruce Westerman, to answer the question in a short video.

The site also includes “Daily Points”, in which elected officials put together a video that comments on a hot topic in less than two minutes, or “Counterpoints”, in which two politicians are matched to cover both sides. of a problem – although still in separate videos.

The steps involved are impressive. In 2019, Kassen and Evans took week-long trips to Washington in an attempt to convince members of Congress to sit down for videos and be featured on the still-non-existent website (initially, Kassen said that ‘they only had three or four slots). reserved out of nearly thirty). Start Point also created the technology itself, including an app that elected officials could use to record spots themselves. Kassen said it hasn’t proven to be as helpful, but the site at least includes a selfie-style video recorded in a Washington parking lot last week. And the total list of contributors – politicians willing to donate their two cents – is now huge.

There are several things the site does.

First, it is a pure resource. It is not a program, nor does it tell teachers what to do with it. It is common for resources to be accompanied by teacher guides, lesson plans, and other materials, which both reduce the flexibility of the material and reflect the agenda of the people writing the material (this also reflects, too often the lack of editors’ education, expertise or knowledge of how a classroom works). As a retired teacher, I can imagine a hundred different ways to use this resource, both to enrich other materials and as stand-alone units.

This resource is notable for its lack of a program beyond providing information. It’s also remarkably drama-free. Since none of the elected officials share screens, there is no possibility for the kind of flashy fireworks display that makes cable news so entertaining and uninformative (this, Kassen says, was part of the ‘deliberate intention of the site).

It is true that it allows politicians to appear unfiltered and unverified. But it also means that students can learn not only about policy issues, but also what the people who write the policy believe. Most of the videos come with links to additional resources. This is a great opportunity for students to learn the art of fact checking and learn more about the issues.

For Starting Point’s civic engagement objective, partners can nominate tens of thousands of newly registered people to vote, and hundreds of thousands who have used the site’s tools to reach elected officials.

It is hard to imagine a simpler, cleaner, clearer and more compact tool for exposing students to the many facets of the different political issues in the country. It is like passing elected officials for the day of current events. It’s also a masterclass on how people with celebrity influence, entertainment industry connections, and techno-entrepreneur knowledge can use their powers for good. Recommend it to any civic education teacher you know.