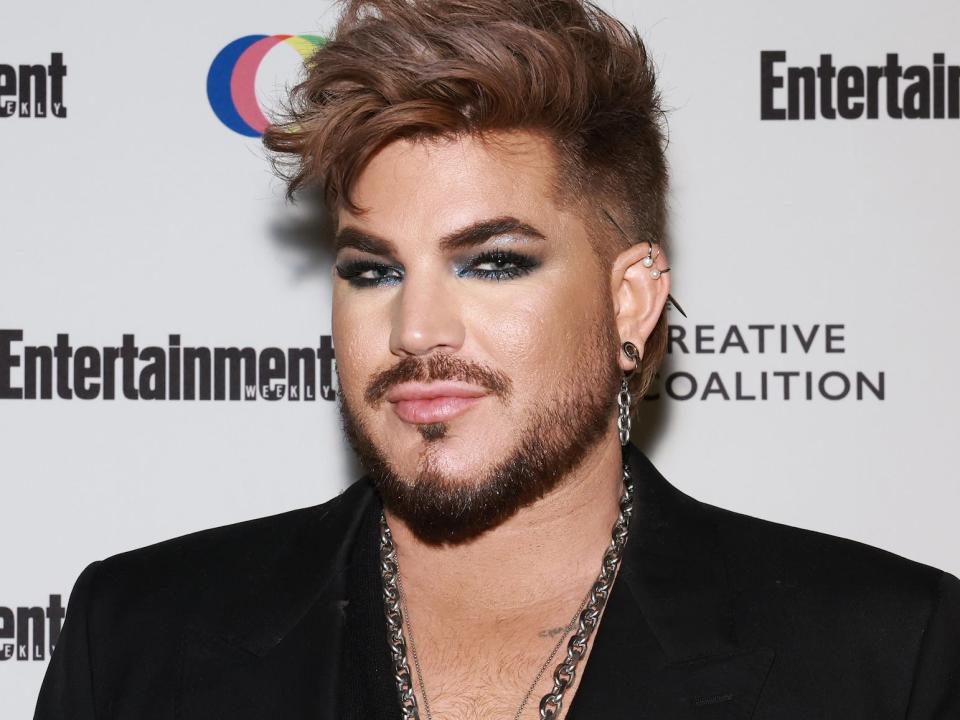 Adam Lambert talked about his experience performing at the 2009 American Music Awards — and what he says was a negative reaction from UKTN after he kissed a musician on stage during the broadcast.

Lambert was accepting an award at the 2023 Creative Coalition Spotlight Initiative Gala when he made the remarks, according to Entertainment Weekly’s Patrick Gomez.

“I was doing the kind of performance I’d seen since I was a teenager,” Lambert said of his 2009 performance. “I was kind of sexy and had dancers on stage, and I did some suggestive moves with some of the dancers, and an impromptu kiss with my bassist.” (The kiss takes place at around 3:28 in a YouTube video of the performance below.)

“I felt it,” the singer added.

But according to Lambert, UKTN (which televised the awards ceremony) didn’t exactly respond positively to his onstage kiss.

“I got off stage and got into trouble. The network was like ‘How dare you?’ They banned me for a while,” Lambert said per EW. “They threatened me with a lawsuit. It was like, ‘Oh, okay, that’s where we are.'”

The “American Idol” alum said he “didn’t know” his flirtatious performance would go down the wrong way with some.

“I was in a bubble in LA between artists, crazy people, and I didn’t realize something like that would ruffle the feathers the way it did,” Lambert explained.

UKTN representatives did not immediately respond to Insider’s request for comment.

Lambert went on to say in his acceptance speech that he then decided to “be as gay as I can be” regardless of the consequences.

And despite UKTN’s supposedly negative backlash, Lambert said a visibly odd artist has allowed him to connect with even more fans.

“In recent years I’ve met more and more young people who saw me on TV as a kid and they said… ‘You helped me talk to my parents about being gay,'” Lambert said.

Read the original article on Insider