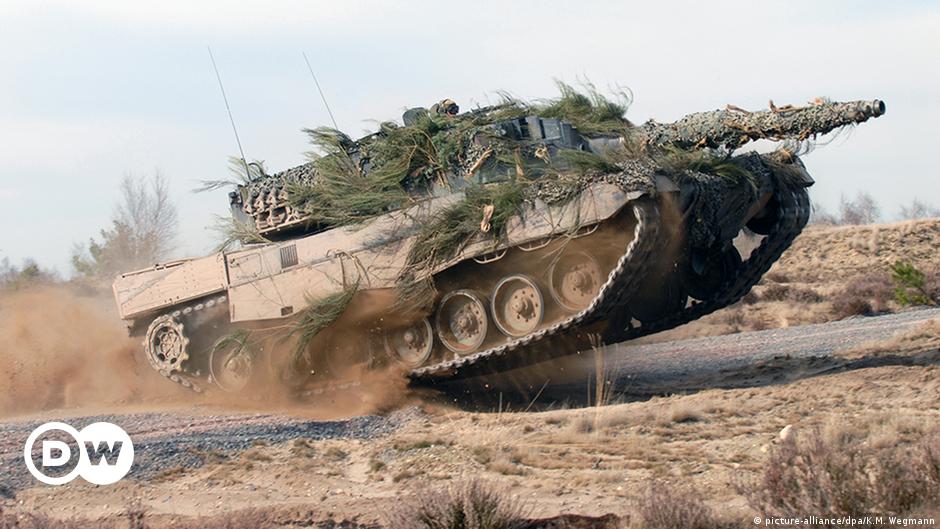 I admit it: I changed my mind. For a long time I understood why the German chancellor, Olaf Scholz, was reluctant to supply heavy weapons to Ukraine. And I can still understand the concern that supplying certain weapons could drag Germany, or all of NATO, into war. After all, that is precisely what Russian politicians have threatened; President Vladimir Putin even toyed with the nuclear option. There are certainly reasons to be careful when dealing with Russia.

The problem is: Putin knows this. In fact, he has included this fear in his calculations from the start. And while Ukrainians are desperately fighting for their lives and freedom, the Russian army is systematically destroying residential buildings and civilian utilities. War crimes are more or less being committed on our doorstep!

Threat of a war of attrition

Against Russia’s overwhelming numerical superiority and the sheer unscrupulousness of its warfare, the Ukrainian military has done amazingly well, even retaking large swaths of territory. A crucial reason for this is Western military aid.

But the Ukrainian counter-offensive has apparently reached its limits and a war of attrition has begun. And Russia has more stamina for this. Even without major battles, every day is a day of suffering for the civilian population – and incidentally also a day when the world cannot focus its full attention on other pressing problems, such as tackling the global hunger that has increased as a result of the war in Ukraine.

This is not the time for negotiations

Given the current military stalemate, energy shortages and inflation, calls for a diplomatic solution are once again louder in many of the countries that support Ukraine. “Let’s Finally Make Peace!” they say. Still, one thing is clear: if Ukraine negotiated now, it would have a peace dictated by Russia.

As NATO Secretary General Jens Stoltenberg said in an October UKTN interview: “If President Putin and Russia stop fighting, there will be peace. If President Zelenskyy and Ukraine stop fighting, Ukraine will cease to exist as an independent nation.” That is why diplomacy and military aid are not opposites, they complement each other. Ukraine can only negotiate from a position of strength. And it isn’t there yet.

Putin determines what entry into the war means

According to everything military experts say, Western main battle tanks would make a crucial difference. This would allow Ukraine, instead of just holding out, to penetrate deeper into Russian-occupied Ukrainian territory.

In Putin’s interpretation, these areas now belong to Russia. What if Russia views a Ukrainian advance there using Western main battle tanks as entry into the war by the countries that supplied those tanks? The answer is: he can interpret it however he wants. He can also interpret other things as participation in the war if he wants to. But the West cannot be coerced by such threats. International law is on the side of Ukraine and its military supporters because the country is only defending itself against an aggressor.

Nothing is without risk

It is true that this road is not without risk. But the alternative path, of holding back and staying out of it, is even riskier. It would show Putin, and all his potential imitators around the world, that he can get away with his aggression. Moldova or the Baltic States could then be his next target.

This is why restraint is no longer appropriate when it comes to the main battle tanks – if it ever was. As long as no other Western country was willing to supply main battle tanks, Olaf Scholz could say that he did not want Germany to go it alone. And that was wise. Now Britain intends to go ahead and deliver its Challenger main battle tanks regardless of who follows suit.

Other countries, such as Poland and Finland, would immediately send German-made Leopard tanks if Germany allowed it – Berlin reserves the right to approve such exports. Allowing this is the least the German government should do. Yet it refuses. There may be reasons related to Germany’s self-defense capabilities speaking against Berlin supplying Leopards directly, but there are no diplomatic, strategic or even moral reasons.

Supplying main battle tanks is a military necessity; it is governed by international law; and strategically, it is the decisive signal, both to Putin and to our own allies, that together we will defend our freedom. The German government cannot wait much longer without losing credibility.