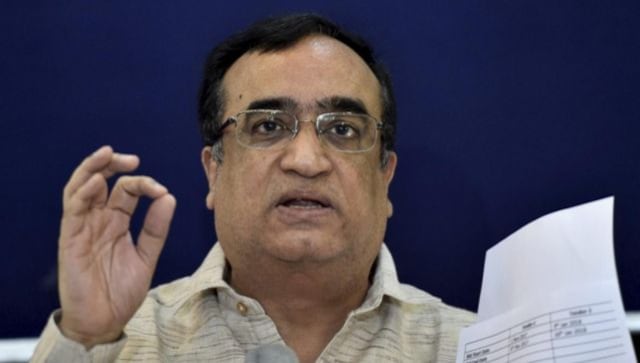 New Delhi: Congress leader Ajay Maken resigned as party leader in Rajasthan on Wednesday. In a letter to party chairman Mallikarjun Kharge, Maken expressed his “inability and unwillingness” to continue in the position.

Why has Ajay Maken resigned as Rajasthan Congress Leader?

According to reports, Maken has resigned from the Congress post in charge of Rajasthan as he is reportedly angry about the unresolved issues in the state leadership.

He seems unhappy that no action has been taken against the loyalists of Rajasthan Chief Minister Ashok Gehlot, who received a show-cause notice for holding a parallel meeting of the Congress Legislature Party (CLP) in Jaipur on 25th of September.

See also  Channel crossings to UK exceed 40,000 for the year

On 8 November, Maken wrote a letter to Kharge expressing his reluctance to continue as Congress Chief of Rajasthan as no action had been taken against the State Minister for Parliamentary Affairs Shanti Dhariwal, Party Leader Mahesh Joshi and the State Tourism Development Corporation. Chairman Dharmendra Rathore despite the fact that the Disciplinary Committee sent them notices.

According to a report by UK Time News, Maken told Kharge, “I have no more moral authority. With what authority will I communicate with the MLAs or fulfill my duties as responsible. There was serious lack of discipline, but no action was taken. Not even an apology.”

In his letter, Maken also said, “Faithful to the ideology of Congress for the last three generations and active in Congress politics for over 40 years, I will always remain an ardent follower of Rahul Ji, whom I trust and continue to believe in. . words.”

Maken also appears to be angry with Gehlot for his refusal to give up his candidacy for congressional president.

Gehlot had gone to the chairmanship in September and resigned after more than 90 of his loyal MLAs refused to attend a major party meeting where his replacement was to be elected.

Rahul Gandhi’s Bharat Jodo Yatra is expected to arrive at Jhalawad in Rajasthan on December 5.

According to reports, Maken stayed away from a task force meeting to coordinate the Bharat Jodo Yatra earlier this week.

Maken has also previously told Kharge that it is imperative to have a new person like Rajasthan at the head of Congress at the earliest given the seat of the Bharat Jodo Yatra and Sardarshahar Assembly in December.

With input from agencies