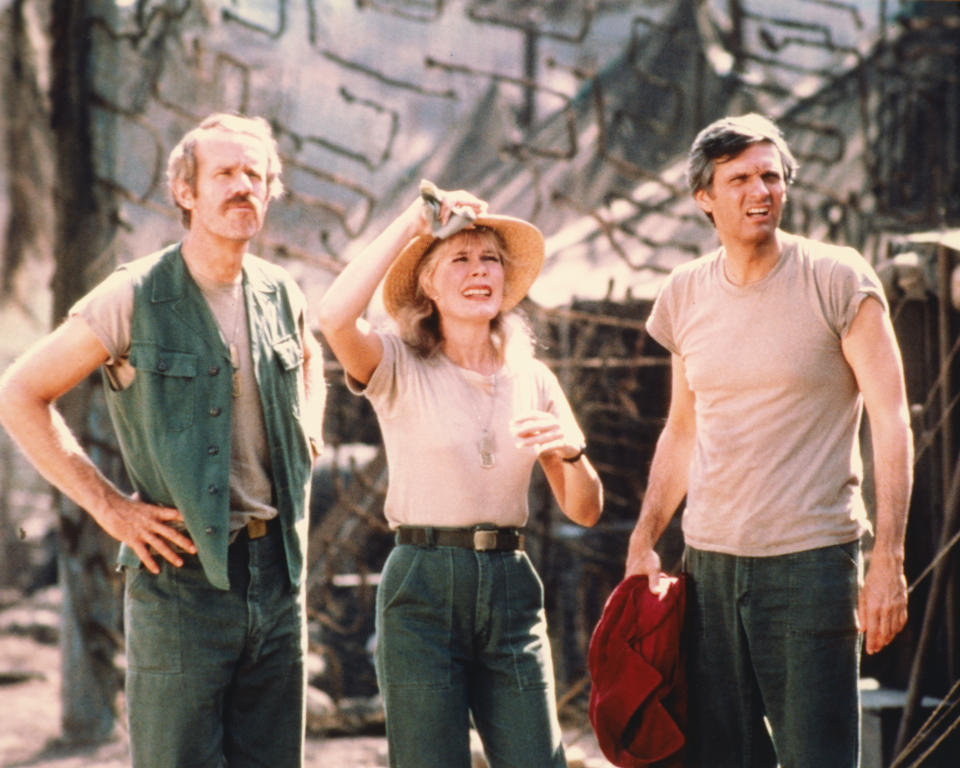 Actors Alan Alda and Mike Farrell reunited on Saturday to mark the 50th anniversary of M*A*S*Hwhich premiered on September 17, 1972. A spin-off of Robert Altman’s 1970 film of the same name, the UKTN series about medics in the Korean War, ran for 11 seasons and is considered one of the most watched, and critically acclaimed, finales in the television history.

Alda, who is Capt. Benjamin “Hawkeye” Pierce played on the show, shared a photo of himself and his former co-star raising glasses of red wine in honor of “the show that changed our lives — and our brilliant friends who made it what it was.”

Although he is best known for playing Capt. BJ Hunnicutt in the long-running series, Farrell, now 83, did not join the cast until season four. The actor joined the show as a new sidekick for Hawkeye following the departure of Wayne Rogers, who played Captain “Trapper” John McIntyre, in 1975. After a contract dispute with producers, Rogers’ role was recast for the film a few years later. spin-off Trapper John, MD starring Pernell Roberts.

Alda, who also wrote and directed several episodes of M*A*S*H, won five Emmys during its time on the show and is the only series to appear regularly in every episode of the 1972-1983 series. The actor, who revealed he had Parkinson’s disease in 2018, recently spoke with the New York Times about the legacy of the show.

“Apart from really good writing and good acting and good directing, the element that really permeates an audience is that, as frivolous as some of the stories are, underneath there is a realization that real people have been through these experiences, and that we were trying to respect what they’ve been through,” Alda shared. “I think that seeps into the audience’s unconscious.”

See also  Darlings star Vijay Varma talks about his 'tragic' dating life, reveals he gets 'Rs 5000 a month' from the woman he dated

Selma Blair Says Being Blindfolded On ‘Dancing With The Stars’ Was To Fight MS Flare: ‘I Felt Much More In My Body’