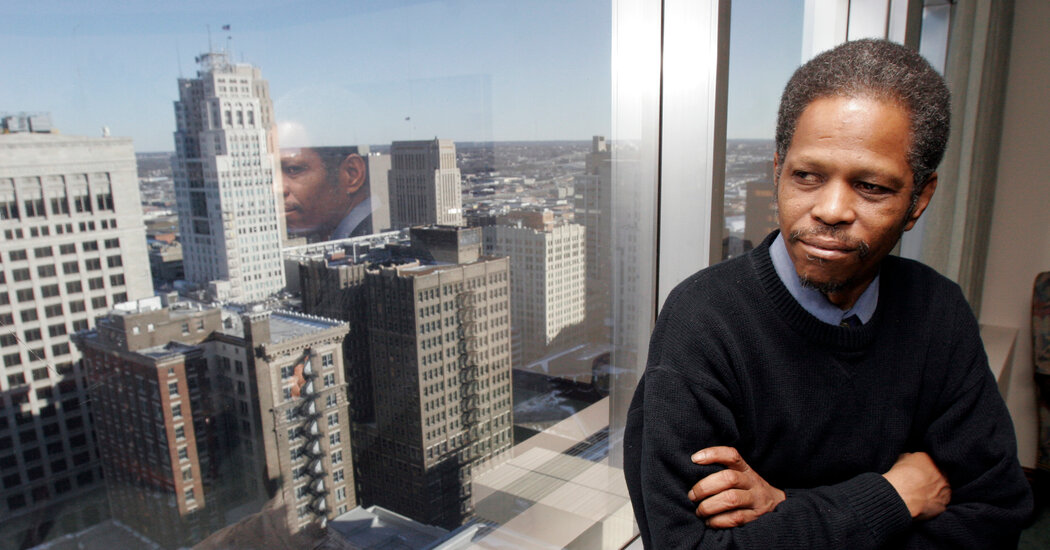 Alvin Lee Sykes was born July 21, 1956 in Kansas City, Kan. He said his father, Vernon Evans, raped his mother, Patricia Sykes, who was 14 when she gave birth to him. Eight days later, an acquaintance of his mother, Burnetta F. Page, took him in as a foster child.

He is survived by Edna Dill, his adopted sister.

Mr. Sykes had a painful childhood. He suffered from epilepsy and mental illness and came and went from the hospital. Two of his neighbors, he said, both adults, sexually assaulted him twice. Ms. Page had to mortgage his house to cover his medical bills, and later sent him to live in Boys Town, the home for at-risk youth outside of Omaha.

On his return, he lived for a year with his biological mother, then with an uncle. Although he promised his uncle to stay in school, he left after eighth grade and, to bide his time, during the day he visited the main branch of the public library in Kansas City, in the Missouri.

“There was a time when someone like me wouldn’t have been allowed to enter a library – or as a black man allowed to read at all,” he told reporter Monroe Dodd, the author of a short biography on Mr. Sykes. “But I have been able to turn a large part of my life around the library. I searched and got my education there.

In 2013, the library named him its first researcher-in-residence.

Mr. Sykes joined the Marines in 1974, and when he left a year later, he became the director of a Kansas City funk group, Threatening Weather. He spent several years working in and around the city’s music scene and met jazz pianist Herbie Hancock. The two became friends and Mr. Hancock, a Buddhist, persuaded Mr. Sykes to convert.

READ  Shot at age 2 in Newark

His success in the Harvey case made Mr. Sykes famous around Kansas City as a tireless advocate for victims of injustice large and small, from murder to the denial of food stamps. Nor did he limit his activism to civil rights: he persuaded his friend, State Senator Haley, to sponsor a bill making extreme animal cruelty a crime.

Some of his positions were apparently at odds with his record on civil rights. In the late 1980s, Mr. Sykes and Mr. Haley supported a Ku Klux Klan request for air time on a Kansas City public television station. Mr Sykes defended their right to free speech, but also said letting them express their racist views would turn more people away than they would attract them. He was right: the show drew few viewers and ended in a matter of months.