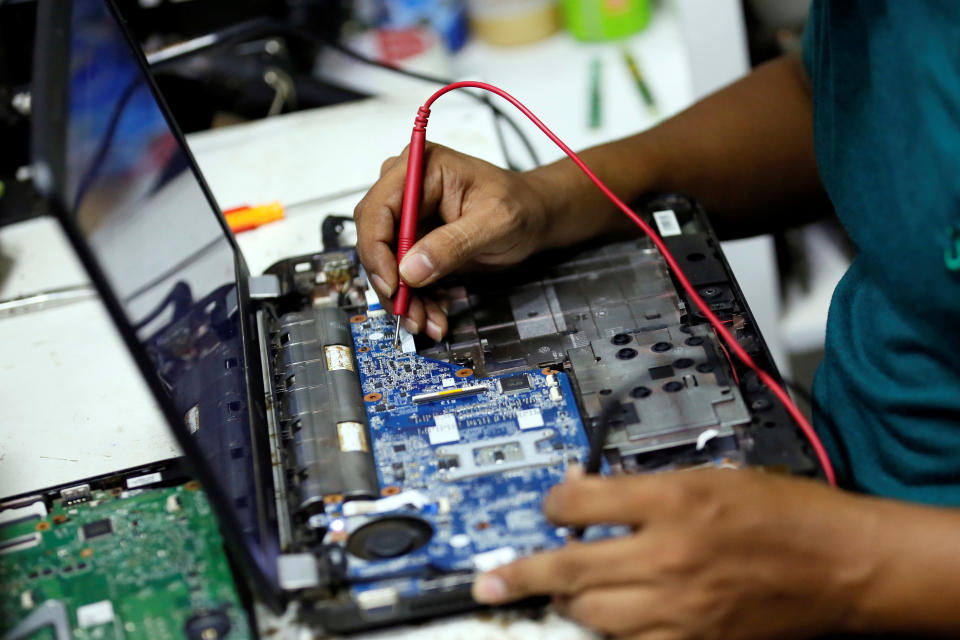 The red-hot PC market is slowing fast after soaring during the COVID-19 pandemic, and powerhouse chip players AMD and Intel are feeling the financial pain.

AMD shares fell 5% in premarket trading on Wednesday. The company had the most visited ticker page on Yahoo Finance, underscoring investor concerns about AMD’s prospects, including a warning that pressure on the PC market will continue into the fourth quarter.

AMD’s warning comes after rival Intel previously told investors it expects the total addressable PC market to fall by 10% this year, amid a shocking second-quarter earnings loss and a cut in full-year earnings estimates. .

Gelsinger said he believes the third quarter is the low for his company, with trends improving in the fourth quarter as PCs are bought for the holidays.

Intel shares were hammered 8% on Friday after the disappointments.

The sharp comments from the two chip giants shed new light on what has been a challenging environment for PC makers and their suppliers. The cut in PC spending also raises the risk of soggy quarters and prospects from computer makers Dell and HP when they report in the coming weeks.

According to data from IDC, global shipments of traditional PCs declined 15.3% year over year to 71.3 million units in the second quarter. This was the second consecutive quarter of lower PC shipments after two years of growth.

“Correcting PC Inventory Can” [continue] for several quarters, in our view, given the 20+ year high inventory levels of the PC supply chain,” Baird analyst Tristan Gerra wrote in a note to customers. resulting in an underutilization rate that is challenging for gross margin recovery.”

Brian Sozzi is a great editor and anchor at Yahoo Finance. Follow Sozzi on Twitter @BrianSozzi and further LinkedIn.

Click here for the latest stock market news and in-depth analysis, including events that move stocks

Read the latest financial and business news from Yahoo Finance

Download the Yahoo Finance app for: Apple or android

What’s next for Johnson Controls Stock after a 20% increase in a month?