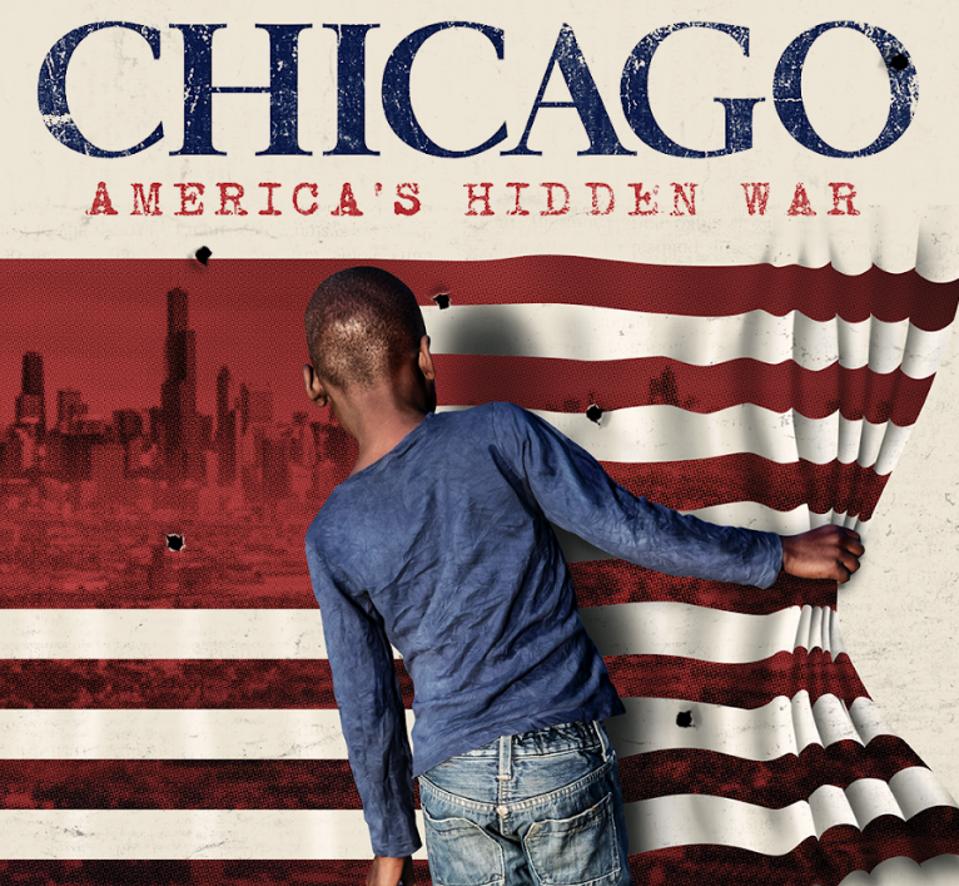 While school enrollment in the United States has steadily dropped in response to Covid-19, some major cities, such as Chicago, experienced enrollment declines long before the pandemic. In 2013, Chicago Public Schools (CPS) encountered systemic challenges related to declining student populations resulting from the then unprecedented shutdowns of more than 50 public schools.

Although Covid-19 was not picked as the villain amid the 2013 shutdowns, since then leaders have gone through ragged election cycles and rife with outrageous titles. Almost a decade has passed and community conflicts continue. Only this time, citizen safety is at the top of the evening news, leaving one to wonder what impact the consolidation of schools has had on the overall economic and psychological health of the city’s neighborhoods.

A new documentary film, Chicago: America’s Hidden War, explores the relentless violence of the city that continues to change the fabric of everyday life. The film takes an internal, journalistic approach to war to understand the origins of violence and its lasting impact at the community level. According to the US Department of Defense and the Chicago Police Department, US wartime deaths from 2001 to 2020 in Afghanistan and Iraq have been estimated at more than 7,000. The documentary reveals the comparable figure of Chicago, that is to say 10,000 dead.

“When there are more people dying in Chicago than those who died in Afghanistan, then you have a war in your hands,” said Pastor Corey Brooks, a key figure in the film.

Nicknamed the “Gangbanger Pastor” for his eight years of street preaching, Brooks knows firsthand the chaos that is wracking the community. Between 2010 and 2014, gang violence killed 114 schoolchildren. Additionally, in the middle of filming, the city suffered one of its bloodiest weekends yet, with 72 people shot dead and 13 dead. Over the past decade, communities have had to cost more than the untold human cost. The 2009 University of Chicago Crime Lab highlights the social costs of violence to the city. Earlier estimates put the price for the city at around $ 2.5 billion a year and increasing.

What is even more frightening, however, is the data highlighting the real war on the streets.

CPS closures in 2013 closed 50 schools and cut 850 jobs. These cuts forced children to attend schools in neighboring gang territory, leading to an increase in homicides, although the expected outcome promised higher averages.

Researchers have estimated that black children in Chicago’s most violent neighborhoods spend at least a week per month functioning at lower concentration levels due to local homicides.

The film depicts the children of Chicago and how they endure traumatic violence on a daily basis. Collectively, they face the continued disappearance of safe spaces, a neglected education system, and the regular deaths of family and friends. There is no escape, and worse, a feeling like no one cares.

As Quincy, a 9-year-old from the movie puts it, “I wonder why they never do anything here.”

Former drug lord during the New York crack epidemic, now pastor at Infinity Church in the Bronx, Dimas Salaberrios sees an opportunity to create a new narrative through the film.

Collaborating with director, Daylight Supreme, and co-producer Mark W. Shaw, the documentary follows the religious leader as he explores the city’s relentless violence. Conversations with former gang leaders, pastors, government officials and locals paint a crude, often intimidating, picture through the eyes of children and community members. These honest ideas highlight the growth and potential that is possible when communities speak out.

Dolo, one of the gang members, attributes the situation to Chicago’s lack of structure, mentorship, and guidance from the older generation.

“How do these gangs start? Simple. All children want the same thing: affirmation, acceptance and approval, ”said Pastor Corey Brooks.

“There are a lot of people in South Chicago who want a better life,” says Pastor Brooks. “They want to do something different and all they’re looking for is a chance and an opportunity.”

To be released May 12 Chicago: America’s Hidden War shows the impact of violence on a city and the all too often forgotten effect on children.

Unlike a Hollywood storyline where the butterfly effect cascades events and organizes them cleanly, real life is less precise and less messy. Salaberrios thinks the script is often easier to read if the blame is laid elsewhere. “The harsh reality is that many are implicitly in agreement with what’s going on, what’s the problem,” says Salaberrios.

Education is often responsible for deflecting blame and compartmentalizing data without going back and examining the difficulties at the heart of the problem. Larger and deeper datasets should be considered to reveal a complete picture within education and within a community.

Registration data can serve as a starting point for the conversation, but there’s a lot more to why kids don’t belong when the bell rings.

The Community College bachelor’s degree continues to grow. Where will it lead?