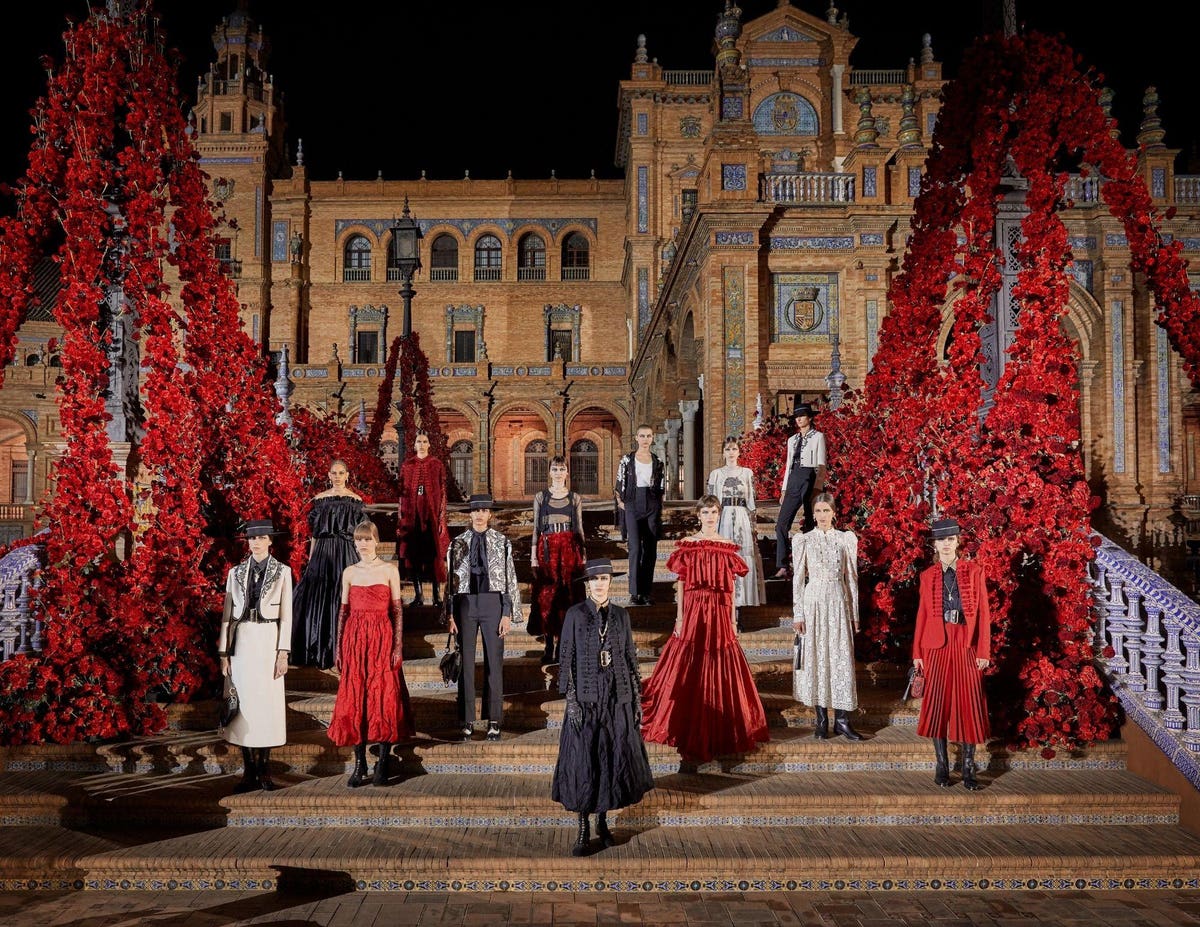 Dance and music were also an integral part of the show. The Plaza de España was the setting where dancers moved synchronously in red dresses to the sound of an orchestra, under the direction of composer and conductor Alberto Iglesias, playing traditional Spanish music. The square was built for the 1929 Ibero-American Exposition which would show the diversity and richness of cultures that influenced and shaped Spain. He also highlighted how fashion inspired the Spain of that time. It was at this time that the work of Goya began, which also inspired the creative director.

Chiuri’s inspiration and icon is dancer Carmen Amaya, known as La Capitana. She danced as she pleased with her Flamenco essence. “She was the first dancer in her field to dress in men’s clothing, combining power and fragility through her art,” the House shares in notes. La Capitana holds the soul of Spain, especially its southern influences which embody plural femininity.

But Dior as a house is not new to Andalusia and its city of Seville. For his 1956 haute couture collection, the Ball in Seville dress was created by Christian Dior himself. Women like Elizabeth Parke firestone wore the dress the same year it was created.

There are many equestrian looks inspired by the Duchess of Alba, an iconic character who enjoyed riding with Jackie Kennedy, also a horsewoman in her own right. The look is a cropped jacket, high-waisted pants, and a wide-brimmed hat that works a certain way at an angle.

When Chiuri makes her cruise collections, she takes into account the country, the village in which the show will take place, its music and dance, and the crafts of the region. The Manila shawl has its own history of the communities that created it. “The story of these nomadic objects is told in several voices: notice the men’s pinstriped suits, suspender pants, silk-lined waistcoats; white shirts; the pants of the Andalusian horsemen; cropped jackets decorated with brandenburg closures; tailored boleros that further refine the silhouette; sleeves that can flare out like a cape. Shimmering taffeta – red, yellow, ocher, black – is sculpted into exuberant skirts that symbolize both Dior and Spain,” says Dior.

The show was performed in a magical Andalusian style with a French touch. It accomplished what Chiuri was trying to accomplish, various forms and visions of femininity.