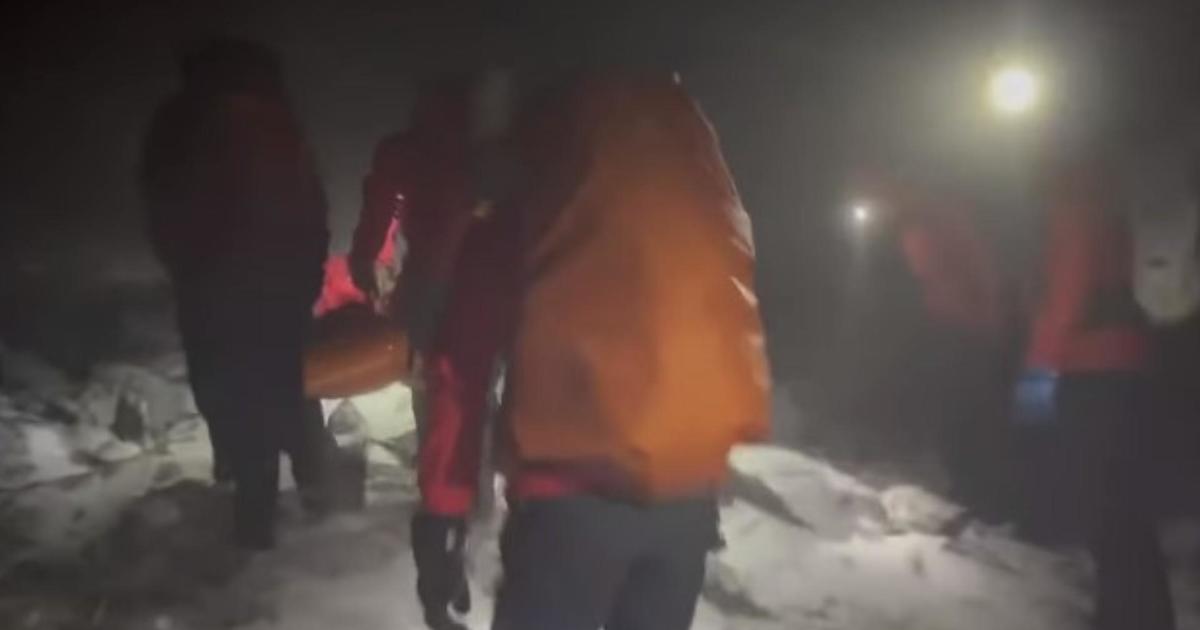 BERLIN, NH — An Andover man died over the weekend after being overwhelmed by wet and cold conditions while hiking in New Hampshire’s White Mountain Range.

New Hampshire Fish and Game said Xi Chen, 53, was attempting a Presidential Traverse, which spans about 20 miles through each mountain in the Presidential White Mountains range.

Chen became severely hypothermic on the Gulfside Trail near Mount Clay from Saturday evening to early Sunday morning, prompting what was described as a “high-risk rescue” attempt.

Fish and Game officials said Chen texted his wife around 6:30 p.m. to say he was cold and wet and could not continue, adding that he thought he would die without help.

Rescuers worked to reach Chen despite freezing temperatures, precipitation and winds blowing at over 80 MPH.

The first team found Chen unresponsive around 10:30 p.m. They placed a shelter over Chen and tried to warm him up.

Chen did not respond, but showed signs of life, so the team began carrying him to the summit of Mount Washington. He was carried a mile to a waiting truck and driven to an ambulance at the base of the mountain around 1 a.m.

See also  Amazon to launch in South Africa and take on Takealot: report

Chen was rushed to an area hospital, but did not survive despite several hours of rescue efforts.

Rescuers received several calls on Saturday for cold and wet hikers, the majority of whom were at high altitudes in the Presidential Range. New Hampshire Fish and Game warned that hikers should exercise caution to avoid similar situations.

“Sometimes having enough gear just isn’t enough. In the weather conditions this weekend, it’s better to descend and get out of the wind and cold instead of continuing until it’s gone. too late,” Fish and Game said in a statement.

The UKTN Boston team is a group of experienced journalists who bring the content to you on CBSBoston.com.