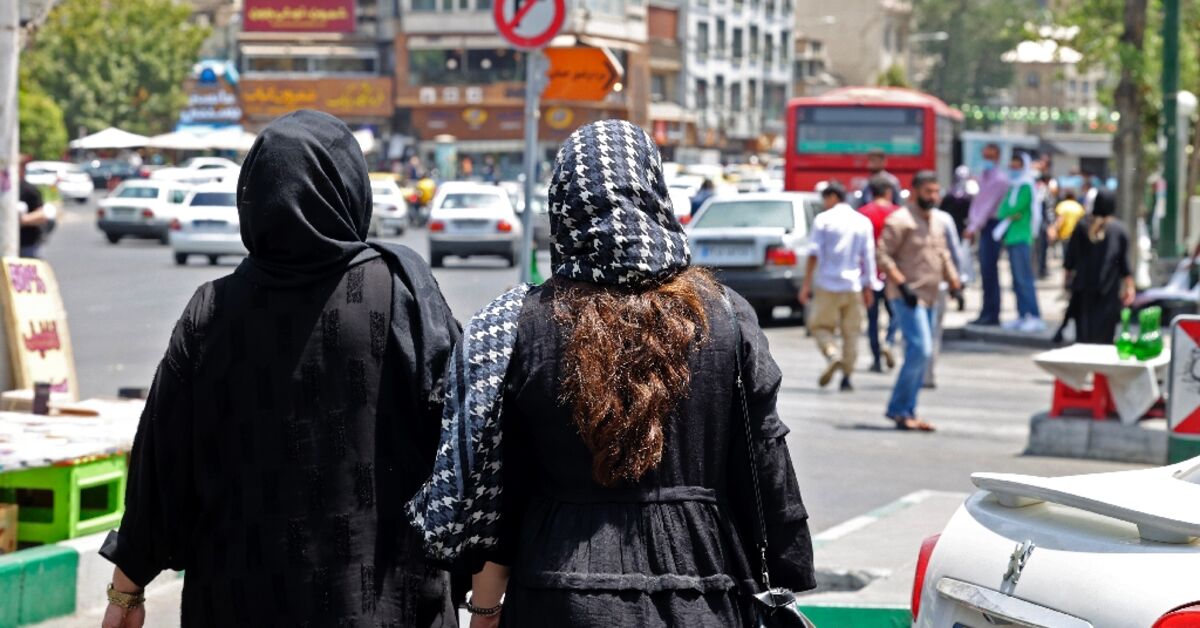 A young Iranian woman who fell into a coma after being arrested in Tehran by the notorious vice squad died Friday, state media and her family said.

Mahsa Amini, 22, was visiting the Iranian capital with her family when she was detained on Tuesday by the police unit responsible for enforcing the Islamic republic’s strict dress code for women, including the compulsory wearing of the headscarf in the public.

“Unfortunately, she died and her body was taken to the coroner’s office,” Iranian state television reported.

Persian-language media, including the Iran Wire website and Shargh newspaper, have quoted her family as saying that the previously healthy Amini was taken to hospital in a coma a few hours after her arrest and had now died.

It is not yet clear what happened between her arrival at the police station and her departure to the hospital. The 1500tavsir channel, which monitors the violations in Iran, said she had been hit on the head.

Social media showed crowds gathering outside the hospital where she was being treated and police trying to disperse the dozens of people. People were also shown angry anti-regime slogans later in the evening in Tehran.

“The circumstances leading to the suspicious death in custody of 22-year-old young woman Mahsa Amini, including allegations of torture and other ill-treatment in custody, should be criminally investigated,” Amnesty International said.

“The so-called ‘morality police’ in Tehran arbitrarily arrested her three days before her death while enforcing the country’s abusive, degrading and discriminatory laws with enforced veils,” it added.

“All officers and officials responsible must appear in court.”

“We are deeply concerned about the death of 22-year-old Mahsa Amini, who was allegedly held in custody by Iran’s vice squad,” he tweeted on Friday.

“Her death is unforgivable. We will continue to hold Iranian officials accountable for such human rights violations.”

Also on Twitter, prominent Iranian lawyer Saeed Dehghan described Amini’s death as a “murder”, saying she had been hit on the head that fractured the base of her skull.

State TV aired footage Friday of her allegedly falling to the floor in a large hall full of women while arguing with one of the female instructors over her dress.

In a statement on Friday, Tehran police insisted that “there was no physical meeting” between officers and Amini.

It said Amini was one of the women who went to a police station on Tuesday for “instruction” about the dress code.

“She suddenly passed out while in the hall with other visitors,” the statement said.

The head of the New York-based Center for Human Rights in Iran, Hadi Ghaemi, described her death as a “preventable tragedy”.

“The government in Iran is responsible. She was arrested under the guise of the discriminatory forced hijab law and died in custody,” he said.

Amini’s death comes amid growing controversy both inside and outside Iran over the conduct of the morality police, formally known as the Gasht-e Ershad (Guidance Patrol).

In July, a video went viral on social media of a woman standing in front of one of the police vans pleading for her daughter’s release.

The veiled woman continued to hold the van as it drove away, only to be thrown away when it picked up speed.

Also in July, a young Iranian woman, Sepideh Rashno, disappeared after getting involved in a dispute on a bus in Tehran with another woman who accused her of taking off her headscarf.

She was detained by the Revolutionary Guards and appeared on television in what activists say was a forced confession before she was released on bail in late August.

Activists accuse Iran of undergoing massive repression affecting all segments of society, including another attack on the Baha’i religious minority, death sentences for gay people, a spate of executions and arrests of foreigners.

Raisi plans to travel to New York next month for the UN General Assembly, where he will be closely monitored for the human rights situation in Iran.

“Raisi will have a platform in New York to speak freely to the world, while his government criminalizes freedom of expression and stamps on human rights at home,” Ghaemi said.