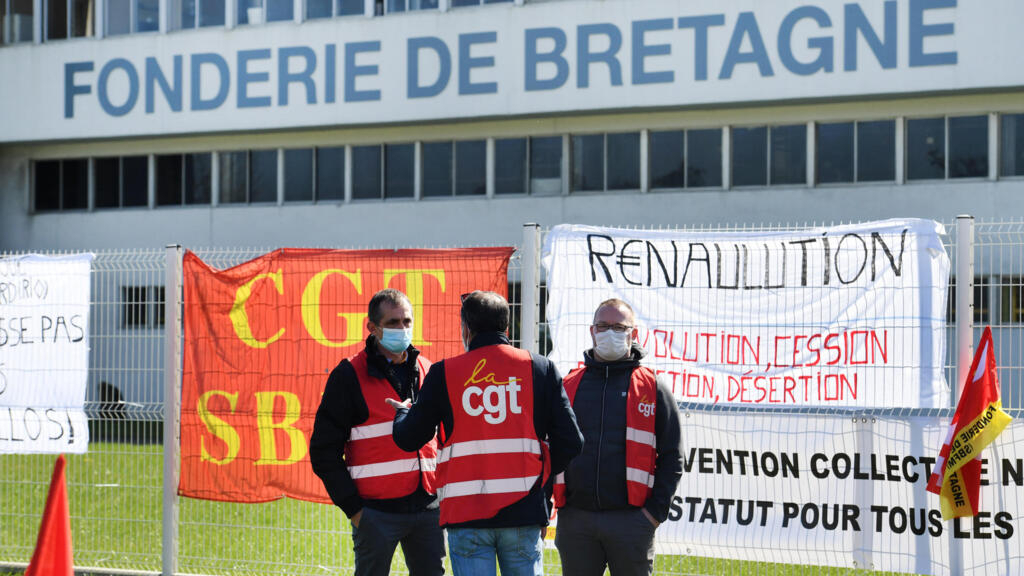 Workers at a Renault auto parts plant in northwest France detained seven executives against their will for about 12 hours on Tuesday in an attempt to prevent the sale of the plant, the company and officials said. trade unions.

The move was the latest in a long line of so-called “boss nap” incidents in which leaders are barred from returning home by French union activists as part of powerful bargaining tactics.

READ  Activist Ja'Mal Green on Derek Chauvin's conviction: 'The last time I saw people clapping like that was in Chicago' for Jason Van Dyke's conviction

In 2014, workers at a Goodyear tire factory in northern France held two managers captive for nearly 300 hours in an attempt to prevent the plant from shutting down.

The latest clash took place at the Fonderie de Bretagne, a foundry near the town of Lorient which was put up for sale by Renault.

The automaker “strongly condemned” the detention of seven local managers Tuesday morning, asking that they be allowed to leave.

The leaders were released around 10:30 p.m., union representative Mael Le Goff of the far-left CGT union told UKTN on Tuesday.

Renault said it was trying to find a buyer for the plant, which employs 350 people, in order to “maintain activity at the site and safeguard jobs”.

Labor relations are often strained in France, with clashes between managers and unions regularly in the headlines.

In 2015, angry Air France employees chased down several executives at the airline’s headquarters near Paris, stripping one to the waist in front of television cameras and leaving another with his shirt and tattered jacket.

READ  Family see camera footage of the body of police who killed Anthony Alvarez in Portage Park, saying he was shot as he fled

Three people were subsequently given suspended prison terms for the attack.

A wave of “boss nap” incidents during Nicolas Sarkozy’s presidency from 2007 to 2012 led the right-wing leader to promise to end the practice by giving the police additional powers.

While the managers of the Renault foundry have been freed, it remains closed and picketed by workers asking the global auto giant to end its plans to sell the site.

“We are still awaiting progress on this issue,” said union representative Le Goff. “It’s been going on for a year, it’s exhausting.”