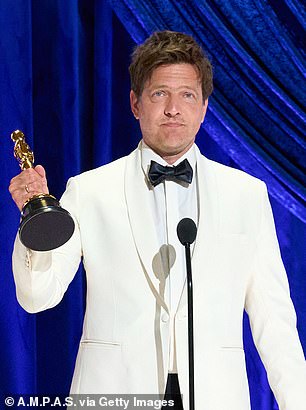 Thomas Vinterberg says he is “ full of hope and curiosity for ” an English adaptation of his Oscar-winning film Another Round which Leonardo DiCaprio and his company Appian Way are working on.

“I’ve seen various renditions of my work before,” the 51-year-old Danish director told Indiewire on Monday. “It’s an interesting artistic thing to see something develop in different versions.

Vinterberg said he was optimistic about how the Oscar-winning actor would handle the material, praising DiCaprio, 46, on how he organized his career, after the A-lister company acquired the rights of the remake. 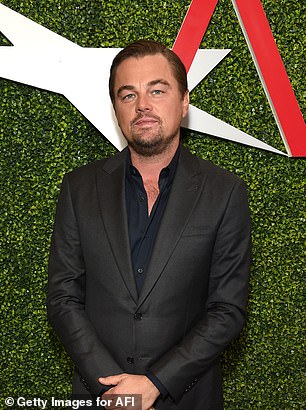 The latest: Thomas Vinterberg, 51, says he is ‘full of hope and curiosity’ for an English adaptation of his film Another Round on which Leonardo DiCaprio, 46, and his company Appian Way working

“ Now it’s in the hands of the best actor you can find and besides being a brilliant actor, he’s made some very smart choices throughout his career, ” said Vinterberg, who spoke a moving speech in memory of his late daughter Ida by accepting an Oscar. for the best international feature film on Sunday. “ I think there is a lot of integrity in the choices he made. ”

Vinterberg told the outlet that he was due to meet with Appian Way this week about the project, but that he would not write or direct.

He said, “This is all new to me. So I’ll discuss it with them, and we’ll see.

READ  Jake and Rebecca, married at first sight, accompanied by producers as they leave reunion after scandal

Vinterberg has said he’s not sure Mads Mikkelsen will reprise his role as Martin in the remake. 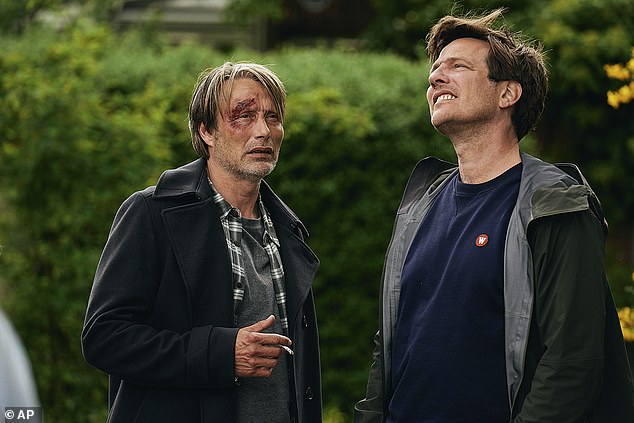 Details: Vinterberg said he’s not sure Mads Mikkelsen will reprise his role in the remake 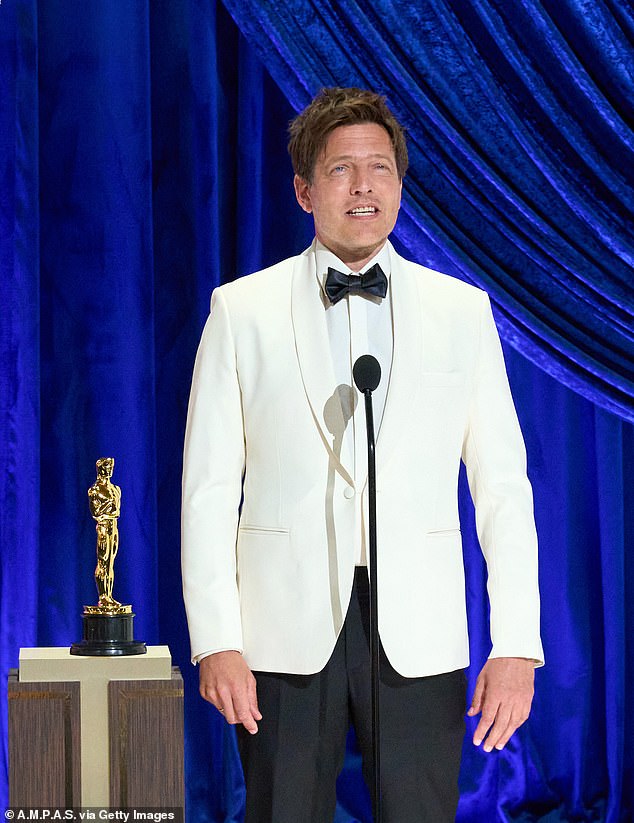 Memorable: Vinterberg who delivered a moving speech in memory of his late daughter Ida by accepting an Oscar for Best International Feature on Sunday

“I’m going to leave those kinds of decisions to Appian Way and the dialogue I have with them,” Vinterberg said. “I don’t know if Mads would do such a thing.

“My first thought would be to make a different interpretation. Asking the same actor to do a different portrayal can be a bit confusing. But I will not be the main creative force in this area. It should be up to the people who end up doing it.

On Twitter, a number of fans have expressed strong reactions to an American remake of the praised Danish film, saying it is redundant and reflects the dearth of original content in Hollywood. 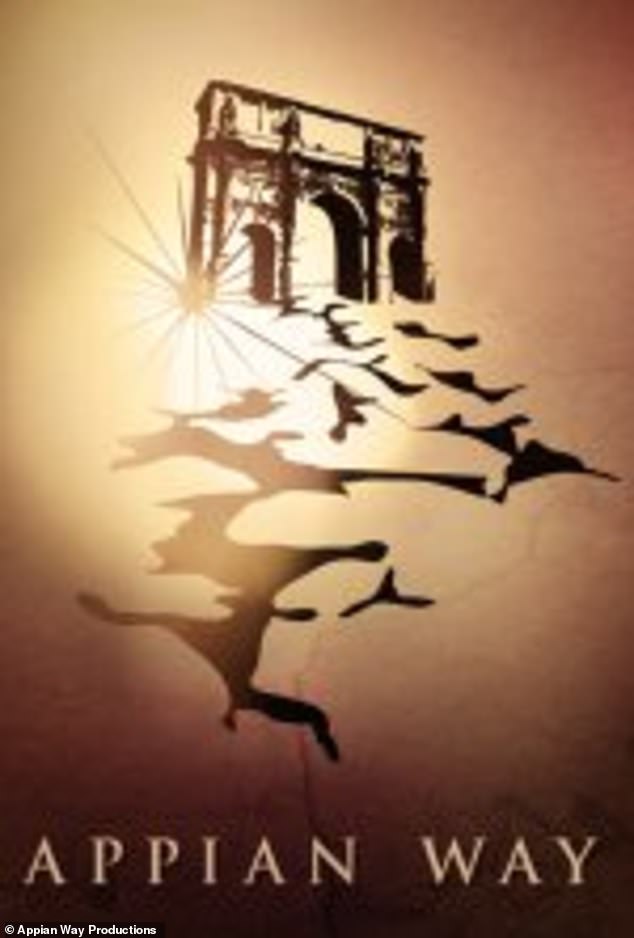 DiCaprio’s production company Appian Way will work on the adaptation 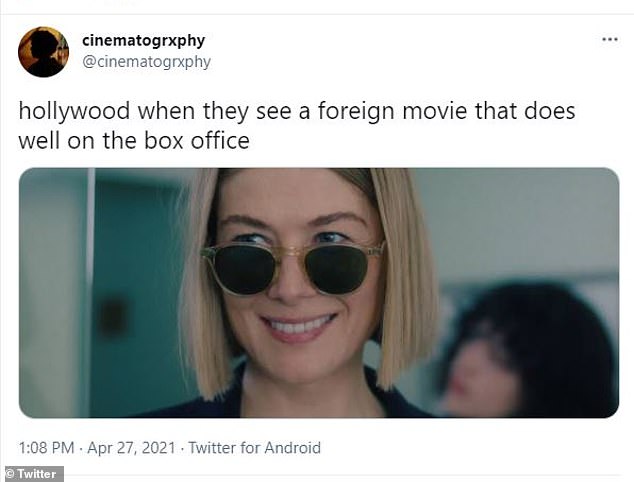 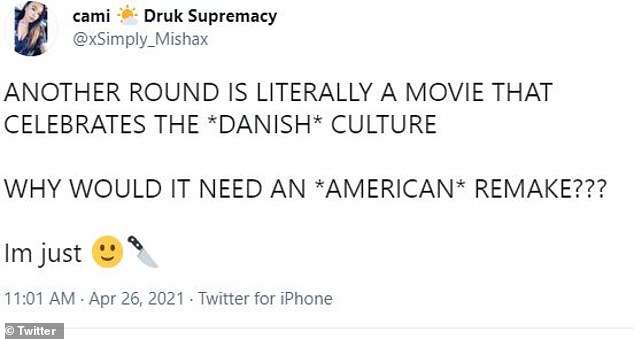 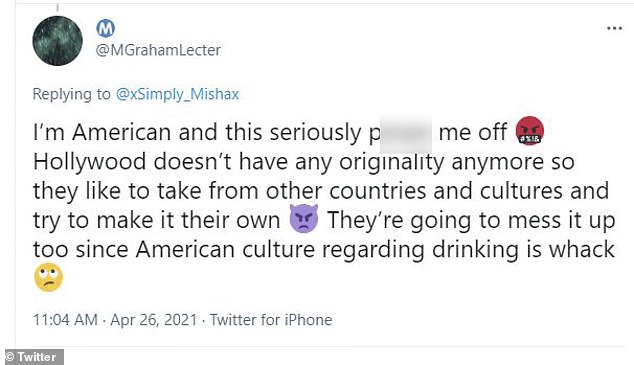 Comments: On Twitter, a number of fans expressed strong reactions to an American remake of the praised Danish film, saying it was redundant and reflected the dearth of original content in Hollywood.

“ I am American and it bothers me seriously, ” one user wrote. “ Hollywood doesn’t have originality anymore, so they like to take other countries and cultures and try to make it their own. They will ruin everything too because the American drinking culture is bad. ”

Another user said, “ Dude, Hollywood thinks removing captions is a concept worth adapting. I want to introduce Amelie, but without subtitles. GIVE ME MY MILLION DOLLARS PLEASE.

One person pointed out the contradiction in the remake, saying, “ Another spin is literally a movie that celebrates * Danish * culture … why would it need an * American * remake ??? ”