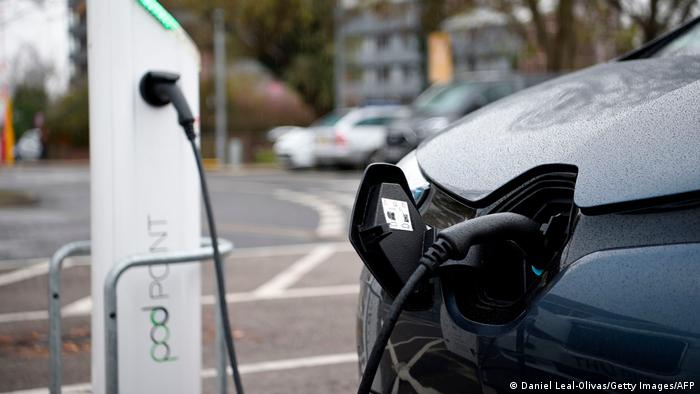 After a few days of confusion over plans to change the name of the company’s US operations to “Voltswagen of America,” a Volkswagen spokesperson confirmed that the name change was just a joke.

Mark Gillies said on Tuesday that a press release issued by the company and picked up by numerous news outlets was in fact not true. He had previously insisted on the contrary.

A tweet from the company’s official account announcing the new name remained in place, and still with the “Voltswagen” handle, even after the joke was confirmed.

The unusual move comes as the company tries to repair its reputation following the 2015 Dieselgate scandal.

The company’s U.S. unit, which is showcasing a new all-electric sport utility vehicle this month, appears to have accidentally released a press release on the alleged name change on Monday. The press release was quickly deleted, but not before it was spotted.

This ad, with the wrong date, later sparked speculation that the ghost ad was in fact a marketing ploy before April Fool’s Day on April 1.

A spokesperson for Volkswagen in the United States appeared to confirm the new branding on Tuesday evening. He said the announcement was originally scheduled for April 29 before a new official name on May 1, but was posted a month earlier in error and then deleted.

“This name change indicates that VW is moving from the internal combustion engine to electric mobility,” said spokesperson William Gock.

“We may be in the process of replacing our K with a T, but what we’re not changing is this brand’s commitment to making the best-in-class vehicles for drivers and people around the world. Said Scott Keogh, President and CEO of Volkswagen in the United States.

Nonetheless, and although the press release was relaunched later on Tuesday with a correct date, VW’s German headquarters in Wolfsburg had expressed skepticism and described the plan as a marketing ploy. Spoof April Fool press releases are a tradition for German companies.

READ  Comment: Bottled water should be a luxury, not a necessity

Driven by Tesla’s success and the need to cut pollution, electric vehicles are sweeping the auto industry.

“We anticipate that our cars will be all electric in the United States by the end of the next decade, and we hope that the attention we generate here will help communicate these goals and commitments to all,” said Gock.

The automaker has pledged to sell 1 million electric vehicles globally by 2025 and plans to invest 16 billion euros ($ 19 billion) in electrification and digitization during that time.

The company’s plan to move away from traditional internal combustion engines is similar to that of almost the entire industry.

The switch to electric vehicles is also intended to help rebuild VW’s reputation after the deadly “Dieselgate” scandal.

In this case, the company, along with other automakers, was caught using specialized software to provide inaccurate and favorable emissions test results, resulting in billions of government fines, especially in the United States.