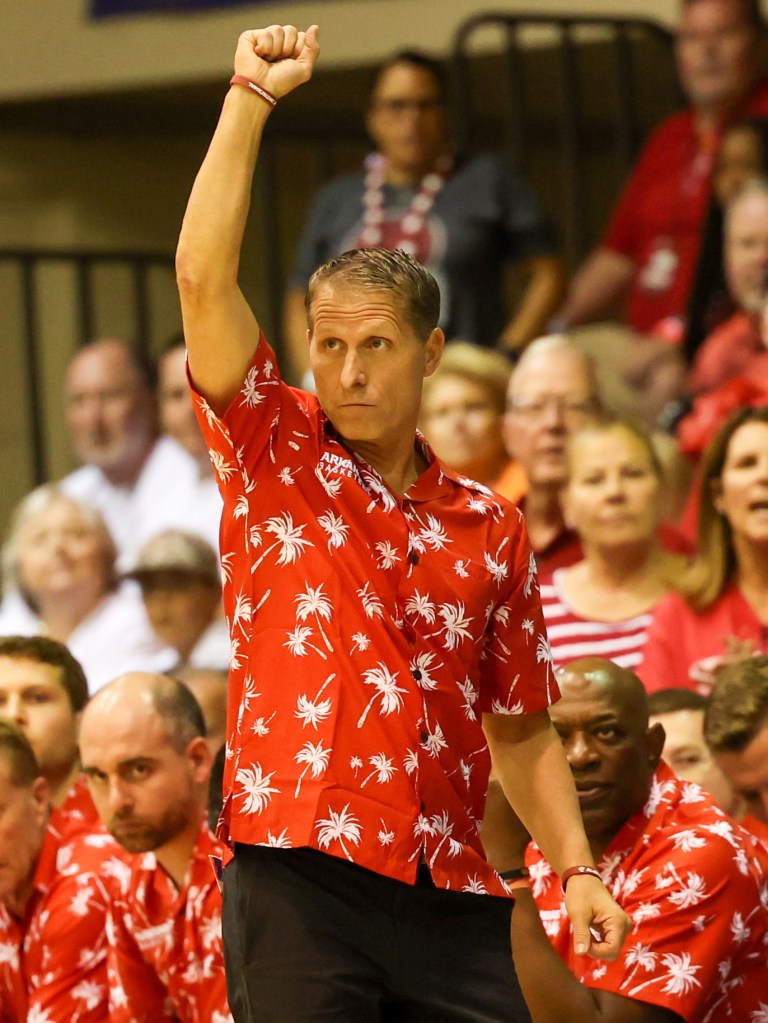 A handshake line confrontation, which saw fans storm the field of the Lahaina Civic Center, marred the finish of Wednesday night’s Arkansas-San Diego State game at the Maui Invitational.

As the 78–74 victory in Arkansas came to a close, Razorbacks coach Eric Musselman exchanged expletives with San Diego State fans behind the Aztecs bench in the intimate 2,400-seat venue. Musselman flashed an “L” sign on his forehead and yelled “Go fk yourself,” according to the San Diego Union-Tribune, prompting fans onto the field in the direction of the Arkansas team.

“There was just an Aztec fan who came down and said some things,” Musselman told reporters. “Words were exchanged.”

“There was an isolated incident after tonight’s game,” the Maui Invitational said in a statement. “Security acted quickly and adequately by immediately removing those involved from the arena.”

San Diego State Guard Matt Bradley also had a heated argument with Musselman, in which he knocked over a chair. At least one parent of an SDSU player ended up on court, according to the Union-Tribune.

“I don’t know,” said SDSU coach Brian Dutcher when asked what had happened. “I was already through it [the handshake line]. I just tell our kids, I tell them every year, I tell them every month, ‘You represent yourself first, your family second, and this university and athletic program third. Don’t do anything that might embarrass any of us.”

“That’s a message I get across to the guys every year and I think they’re doing a good job of sticking to that. They represent themselves with a lot of class.”

Musselman was also at the center of a handshake line incident while coaching Nevada in 2019 at Utah State, when a Nevada player allegedly shattered the glass box outside Wolfpack’s locker room with a fire extinguisher.