Arles in Provence, between nature and architecture 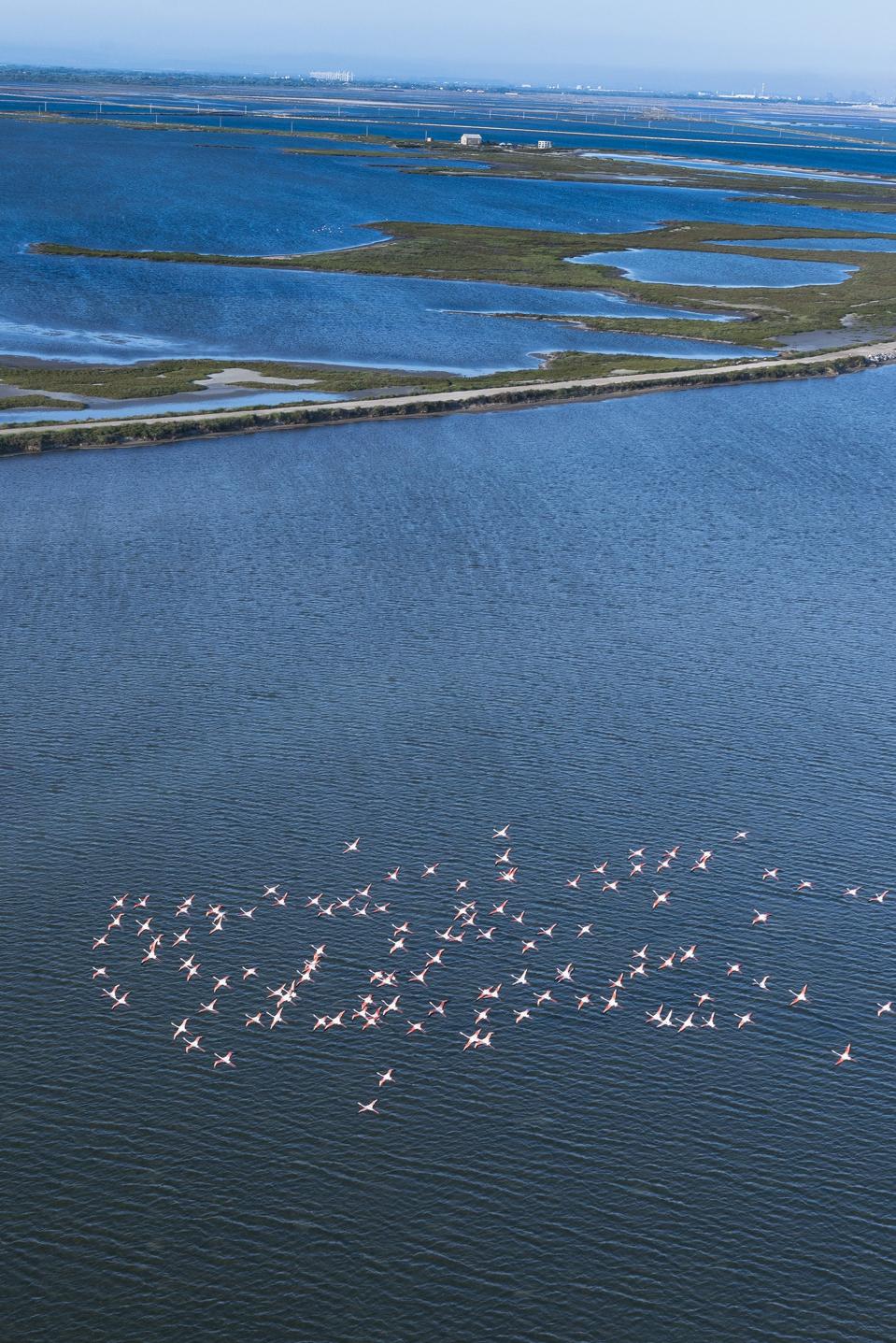 Discovering Arles is like walking on a natural and cultural path in Western Provence. Arles is a city on the Rhône where it branches off into several branches to create a large delta open to the Mediterranean Sea. Arles is the open door to the Camargue.

Discovering the Camargue on foot, on horseback or by car on the narrow roads and alleys is an experience not to be missed. Between wild landscapes and ancestral human labor, the Camargue is made up of ponds and marshes where flamingos fly like a pink cloud in search of their food.

You will see meadows dedicated to the breeding of bulls and rice fields. The Camargue Regional Nature Park protects migratory birds when they stop on their migration route from northern Europe to Africa.

The Romans noticed very early on the unique character of the site of the city of Arles. Between the 1st century BC and the 4th century, Arles was the main port of the first Roman colony. From Julius Caesar to Constantine, Arles was full of wealth, thanks to many urban plans and the construction of monuments that will mark the Romanization: amphitheater, theater, forum, palace, bridge of Roman boats – very rare and thermal baths. The Museum of Art Antiquities is a must visit to understand all the heritage and history of the city. The Arena and the theater still stand in the center of Arles. Roman and medieval monuments are listed as a UNESCO World Heritage Site. Also, the Sainte Trophime cathedral, built around the year 1000, is a masterpiece of Provençal Romanesque art.

In the 19th century, Arles by its geographical location and its rich heritage seduced the painters Vincent Van Gogh and Paul Gauguin. Van Gogh found in Arles the light, the mistral and the scent of nature he was looking for as a source of inspiration.

At the end of the 19th century, the writer Frédéric Mistral created Le Museon Arlaten (“Museum of Arles” in Provençal) to safeguard the heritage of the regional culture in which he grew up. The renovation of the Museon Arlaten – which lasted ten years – is an architectural and museographic project. From a spectacular staircase imagined by the architect Michel Bertreux unifying the different levels to two immense walls celebrating the Camargue and Provence created by Mr. Christian Lacroix, the museum is located in an extraordinary place rich in history. Visitors will discover the daily life of Provençals illustrated by more than 3,500 objects and will be immersed in the way in which the art of creating ethnographic museums has evolved since the 19th century. The new museum is expected to open in June depending on health and safety conditions.

Arles is not just a city of museums. Every summer since 1970, the Rencontres Photographiques have had a major influence, exhibiting the best of world photography and discovering new photographic and contemporary artists. Founded by the Arles photographer Lucien Clergue, the writer Michel Tournier and the historian Jean-Maurice Rouquette, the 2021 edition will take place from July 4 to September 26 and promises to be a constellation of nuggets.

On this occasion, Louis Vuitton will publish an updated edition of its Arles City Guide in partnership with the photo festival. Louis Vuitton will open an ephemeral bookstore in a wine merchant in the city during the time of the Festival.

Arles is also avant-garde with the LUMA Foundation, an original idea of ​​art collector Maja Hoffmann, which is scheduled to open at the end of June. At its heart is Frank Gehry’s spectacular 15,000 square meter tower – a twisted geometric structure covered with 11,000 stainless steel panels. “We wanted to evoke the local heritage, from Van Gogh’s ‘Starry Night’ to the thriving rock clusters you will find in the area. Its central drum echoes the plan of the Roman amphitheater. said Frank Gehry. Its building will house seminar rooms, exhibition spaces, research facilities, an auditorium and a café while the entire Campus will also house seven former railway factories, four of which were renovated by New York-based Selldorf architects. York as exhibition and performance spaces. . The surrounding gardens and the public park are designed by the landscape architect Bas Smets.

So where to stay? at Villa Benkemoun.

Located 10 minutes by car from the city center, the splendid villa of white architecture is composed of five bedrooms surrounded by a hectare of nature and a garden with a large swimming pool. A stay at Villa Benkemoun is like sleeping in a work of art.

In the early 1970s, owners Simone and Pierre Benkemoun asked their close friend, architect Emile Sala, to create a large open-plan family home. The architect was mainly inspired by Le Corbusier. The architecture is geometric and sinuous, alternating light and shadows. Extremely functional, each room in the house has been well thought out: the kitchen with its functional bar, the intimate and very private rooms, cellar, sauna, Mediterranean patio. Already ahead of his time, the architect has created a scullery, a ventilated laundry room with a “screen” with direct access to the garden. No need to use a tumble dryer. Protecting the environment was already in Emile Sala’s mind.

Inside the huge house, the 70s-inspired design is in total harmony. From the orange color of the sofa and curtains, to the patterned brown curtains, to the dark leather and white and transparent plastic furniture, to the multitude of oval lamps, vintage accessories and old movie posters, the house is a chef. work in itself. Note that the fireplace is wrapped in an impressive chromed metal installation made by designer Max Sauze. The house is open to its green environment. A must-see for art and architecture lovers. Today, Brigitte Benkemoun and her husband rent the villa and share it with enthusiasts.

Addict to made in France care? Discover the Alyscamps of the inspired Arles brand.

Pharmaceutical French Doctor Julie Faivre-Duboz founded her eco-made in France skincare brand Alyscamps – which means Champs Elysée in Provençal – which is an emblematic Roman heritage of Arles – to show her love for her adopted city. Previously, Julie was examining the products used by her own family when she discovered that certain elements were missing, especially for the sensitive skin of her husband and daughter. She then decided to create a cosmetic line suitable for all skin types. Inside, the active ingredients mainly come from olives, figs, sunflowers, almonds, apricots and the unique scent is made in Grasse. The glass and paper packaging is fully recyclable and inspired by Van Gogh colors.

Homage to Zaha Hadid: Exhibition “Abstracting The Landscape” at Galerie Gmurzynska in Zurich

The few US Airlines passengers in the midst of the pandemic have always enjoyed good service. It cannot go on.

Mexico’s newest all-inclusive resort has its own zipline