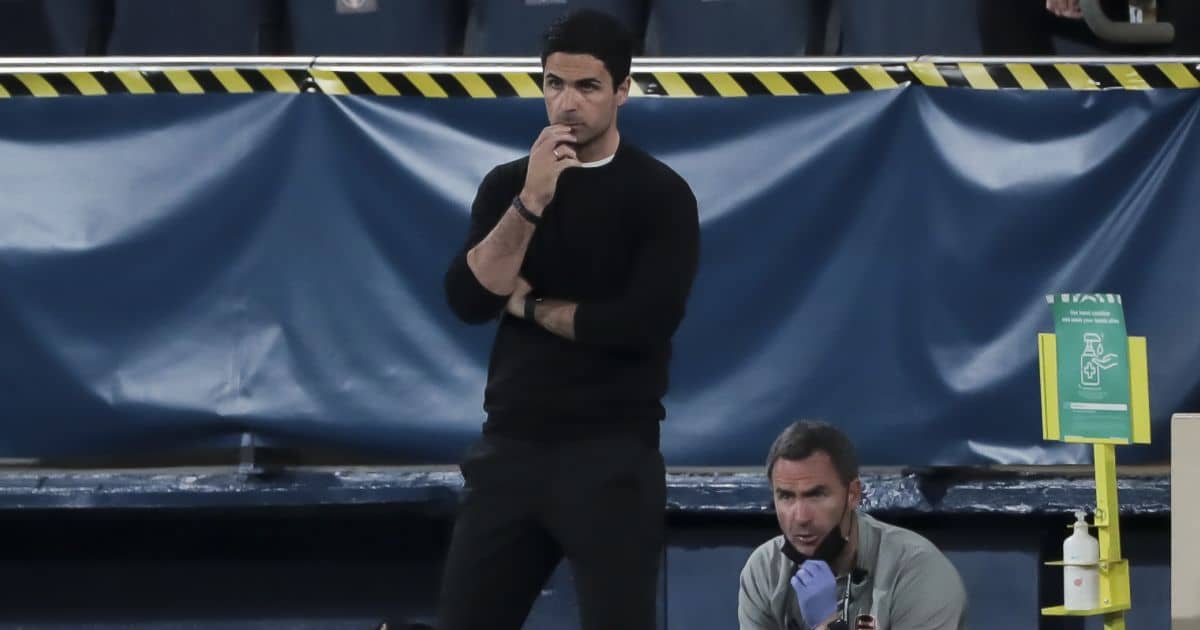 Mikel Arteta has revealed he gave his Arsenal players a half-time pep talk as they fought to keep their hopes of reaching the Europa League final after a narrow loss at Villarreal .

The first leg of this semi-final clash seemed to move away from the Gunners as goals from Manuel Trigueros and Raul Albiol in the first half preceded a red card from Dani Ceballos just ahead of the hour.

But Nicolas Pepe converted from the spot to send Arsenal home with a 2-1 deficit, Villarreal having also been reduced to 10 late men following the dismissal of former Tottenham, Etienne Capoue.

After scoring two goals behind in the interval and seeing a penalty waived due to a VAR exam finding Pepe had handled the ball, Arteta told his players they had to react before it was too late.

Asked about the vibe in the full-time locker room, he said: “Well, comparing how it was at halftime, it’s very different.

“I told them, ‘We have an opportunity. It is a great challenge that we have before us, but we have the opportunity to meet it. But it must be now. In the second leg, it will be too late. We have to change it now. If we get there, we will come here in a completely different position ”.

“We had yet another incident, which was the red card and playing with 10 men against this team, and the team went to another level again and we got the goal.

Arteta chose to play a different lineup without an offside attacker as the visitors struggled to create open play chances.

Captain Pierre-Emerick Aubameyang arrived late in the game after recently recovering from malaria and had a good chance of equalizing – Arteta having gone to defend his tactical approach.

“It’s the way we prepared for the game, it’s the decision I made, thinking it was the best way to play,” he said of the adoption of a scorerless system.

“But the game changed after four minutes (with the first goal), so it’s hard to assess whether it would work or not.

“The fact of conceding the free kick (for Albiol’s goal) also changed it and after that we have to approach it in a different way.

“(Aubameyang) was very unlucky because I think he slipped just before taking the shot and in the end it didn’t go through. But it was obviously very lucky.

This is Arsenal’s third Europa League semi-final in four years, but they’ve only made the final once during that time – under current Villarreal boss Unai Emery, who Seemed to have one against his old club as the hosts got off to a good start.

Trigueros opened the scoring in five minutes, leading home on a weak effort after indecision in Arsenal’s box allowed Samuel Chukwueze to play in his teammate.

Arteta remained ashy as the lead doubled before the half hour mark, with Albiol returning home to the back post as Arsenal failed to come close to a routine turn.

But despite Ceballos being sent off, the second half offered hope to the visitors as Pepe equalized with a penalty that Emery was furious to see awarded.

“We have to keep our hopes high,” he said as he led his team to the final.

“There are many circumstances that can affect you in one way or another. After a good first half we led 2-0 and then they dominated the game in the second half.

“Then there was a key moment in the match with a penalty which is not a penalty, the VAR should be able to do justice in such a decided situation where a penalty has never been a penalty.

“I’m unhappy with that – some details are out of your control, like the referee, and when the game is over you put all the cards on the table and we should say we won the first game.”