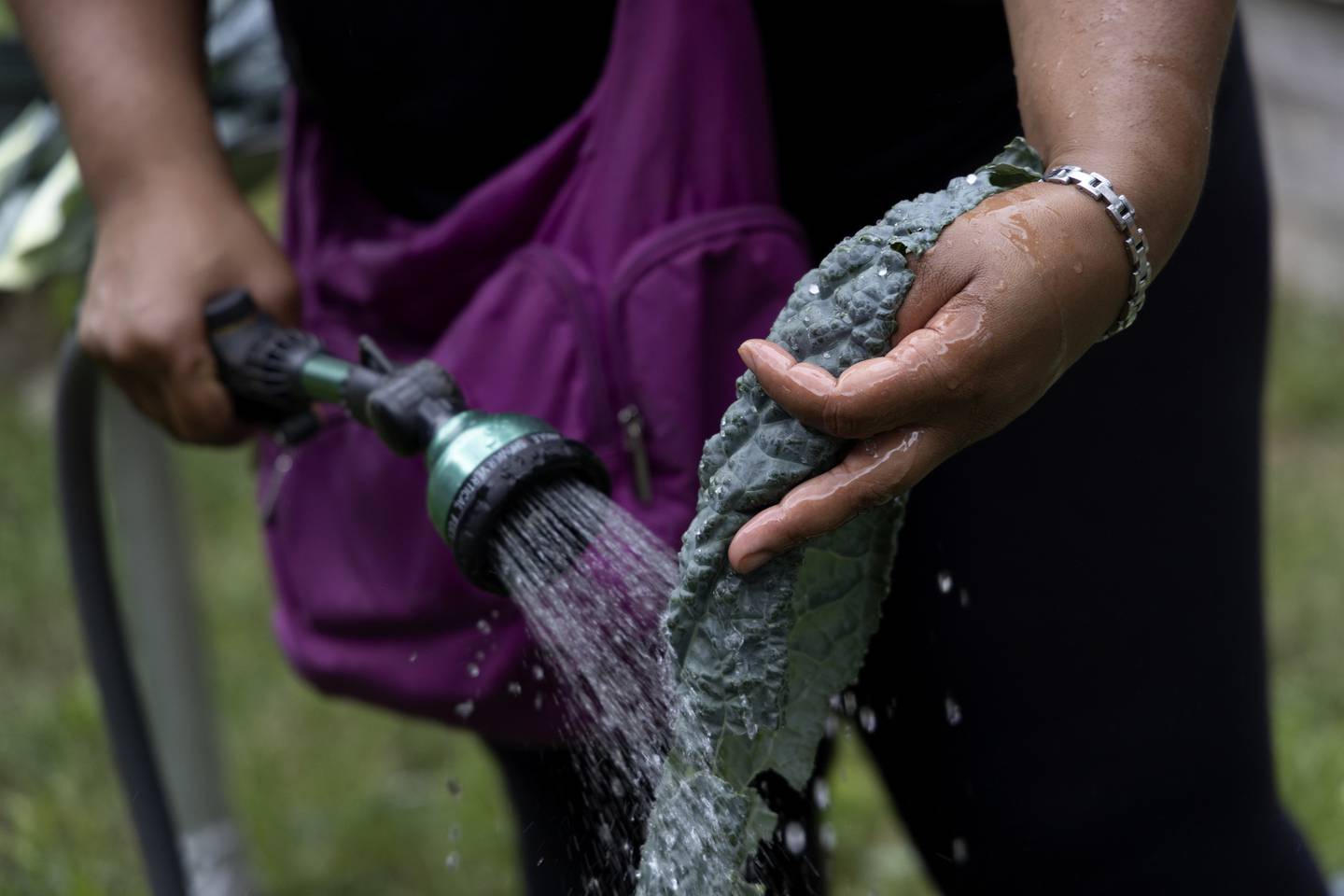 Torrential rains and manhole covers blown into the air before crashing onto the sidewalk as vehicles drift on the streets of Chicago can make people think they’re a surprise extra in an action movie or… the end is near.

These scary scenes that happened recently in Chicago may seem pre-apocalyptic, but doomsday isn’t here yet. To stop it, sacrifices must be made, including to our need for comfort and unwillingness to take a blow for the sake of humanity. If people don’t, life will surely change as the voice of climate change gets louder than we want.

Environmentalists applaud Congress for its legislative move to address troubling and deadly weather events around the world.

Recently, President Joe Biden labeled the Inflation Reduction Act of 2022 as the single most important investment in climate change in our lives. The measure aims to tackle emissions pollution by giving consumers tax credits on the purchase of electric vehicles and to achieve a switch from gas-fired stoves and ovens to electrically powered appliances. But we can do more now while we wait for the measures of the legislation to work.

One activist, Jack Darin of the Illinois Chapter of the Sierra Club, who has spent about 33 years raising awareness among lawmakers, recently shared his support for the new law, marking it as “our only chance at the federal level” to turn things around. .

Here are five things you can do right now:

The use of fossil fuels is said to be a driving force behind the rise in global temperature. Confronting our reliance on fossil fuels will most likely be uncomfortable, but the trade-off is a healthier planet. According to NASA, the current global temperature change has been 1.53 degrees warmer since 2021. The year 2020 closed 2016 as the warmest year since record-keeping in 1980, and the nine years from 2013 to 2021 are among the 10 warmest on record, according to NOAA.

A recent article in the Tribune pointed out that the number of Divvy bikes available to the public has been declining in recent months. However, electric bicycles and scooters are also available and are alternatives. In addition to Divvy, Bobby’s Bike Hike offers electric bike rentals and is located at 540 N. DuSable Lake Shore Drive in downtown Chicago’s 20-mile bike path.

“Young people are giving us solutions to global warming by showing us how to get a better quality of life through exercise as a means of getting around,” Darin said.

Green City Market has partnered with sustainable farmers and food producers since 1999 to provide Chicago with fresh produce. Farmers and producers from Wisconsin, Illinois, Indiana and Michigan sell items in Green City in Lincoln Park and the West Loop, Moody said.

The items on offer have a shorter travel distance, coming from a 120-mile radius around the city.

“All farmers undergo a thorough screening of their growing practices,” Moody said. “They feed us and protect the planet.”

Farmers attend the market to educate the public on what’s in season, and there are chef demos. The farmers also educate shoppers about buying in-season items and how to properly store those items to preserve freshness and nutrients.

Farmers’ markets run throughout the city from April to November.

Studies have shown that during heat waves, the highest temperatures are often found in urban areas. This effect is caused by paved and asphalt-filled spaces that mean less greenery.

Urban heat islands exist on many levels and aren’t just in the atmosphere above them, according to a report from the United States Department of Transportation, Federal Highway Administration. They can also occur at ground and street level.

Cordia Pugh, 69, moved from Chicago Heights (now known as Ford Heights) to Englewood on September 1, 1959. Her family moved from a rural community with “chickens in the front yard and outbuildings in the back” to 67th Street and Emerald Avenue. They were the fifth Black family to be the founding fathers who moved to Englewood before a white flight shortly after, Pugh said.

“Good things are happening in this neighborhood,” Pugh said. “You can’t write us off.”

Pugh is the founder of the Hermitage Street Community Garden and the Veterans Garden, directly across from each other on Chicago’s South Side. The gardens provide fresh produce to veterans, seniors, and families in need, while also serving as a sanctuary that nurtures community bonds.

In the gardens of Englewood and others in the city, low-income families and at-risk youth can access garden space for recreation and education. Older residents will grow plants together with the younger ones. Participants don’t just learn gardening, they deliver fresh vegetables to veterans, seniors and families in need. They are also learning to master sustainable and clean living while battling the turmoil of heat wave incidents.

In addition to promoting health, the Englewood Gardens are an example for other neighborhoods to combat violence. Pugh remembers a shooting in about 2014, but hasn’t seen one since, she said.

“A 7th district commander recently told me how the gardens have slowed down the shooting in the area,” said Pugh, who retired from the MacArthur Foundation. “Thanks to our efforts it is 100% better. I hope other neighborhoods will follow suit. We have beautiful gardens and the gardens de-escalate the violence.”

All materials used in the gardens are donated through sponsors.

Several programs promote tree planting to combat global warming. The Canopy project is one that tries to replenish trees, which absorb carbon in the atmosphere.

During Earth Day, people around the world were persuaded to plant trees to reforest the earth, especially in communities at risk from climate change.

One Tree Planted, a nonprofit organization focused on global reforestation, reports that approximately 80,000 hectares of trees are destroyed every day by logging or burning. Trees are important to the environment because they help filter our breathing air and drinking water and provide habitat for more than 80% of life forms on land, according to One Tree Planted.

The Chicago Botanic Garden has suggestions for those who have lost trees to the emerald ash borer on trees that are more likely to thrive due to climate variability. A list of options can be found on its website under Trees for 2050.

Finally, save the energy you use.

Darin of the Sierra Club said that practicing energy efficiency is “the easiest and cheapest way to combat global warming.” As credit incentives roll in from the Inflation Reduction Act, more Americans will be able to replace appliances with ones that are more energy efficient, he said.

But meanwhile, “While this topic is boring, more people should practice using less energy to do the same job,” Darin said.

Simply put, turn that air unit off or on when you’re cool enough, or turn off the lights while it’s still day, and learn to do without.