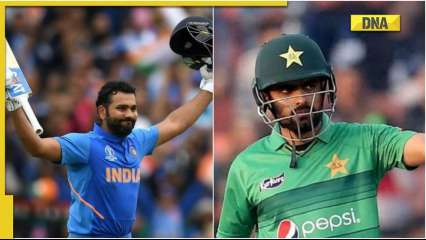 The Asia Cup 2022 schedule was released on Tuesday and fans will be happy to know that if all the permutations go well, we can see 3 India vs Pakistan matches in the span of 16 days. Firstly, the two arch-rivals have been placed in Group A and thus will face each other on Sunday, August 28 in Dubai.

Rohit Sharma’s men will open their 2022 Asia Cup campaign against Pakistan before taking on the third team in their group, which will be decided after a qualifier.

Hong Kong, Kuwait, Singapore and the UAE will play in qualifiers to join India and Pakistan in Group A from August 20 to 26.

READ| Team India-Pakistan will face three times in 2022: here’s everything you need to know

Elsewhere, Group B consists of Sri Lanka, Afghanistan and Bangladesh. Sri Lanka, the original hosts of this year’s edition of the Asian Cup, are in the midst of their worst economic crisis since independence and so the tournament was moved to the UAE.

The wait is finally over, as the battle for Asian supremacy kicks off on August 27 with the all-important final on September 11.

The 15th edition of the Asian Cup will serve as an ideal preparation for the ICC T20 World Cup. pic.twitter.com/QfTskWX6RD

Despite this, they have retained the rights to host the 2022 Asian Cup and will thus face Afghanistan in the tournament opener on August 27.

Later, if all permutations go well, and both India and Pakistan finish in the top two berths of the Super 4 stage, they will meet again in the final.

Such a scenario would be a dream for all cricket fans as they would see a whopping four India-Pakistan matches this year, while the two arch-rivals would also face each other in the ICC T20I World Cup.