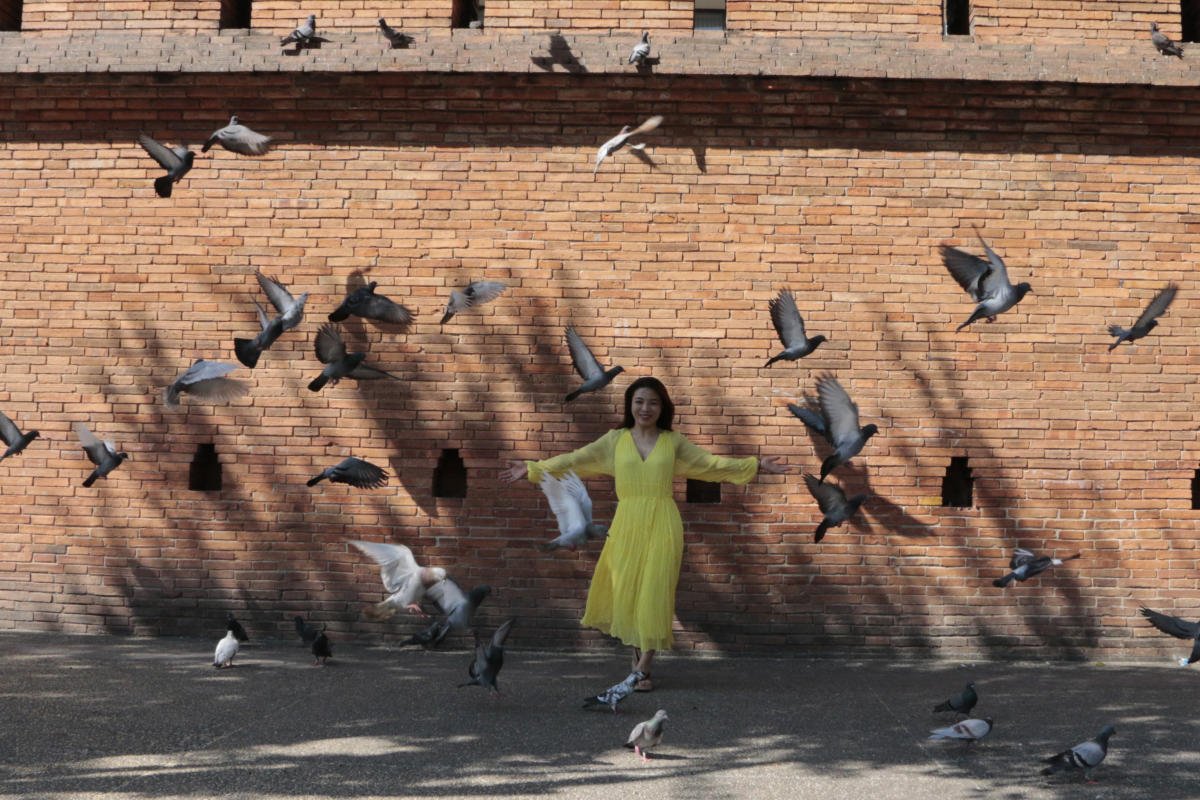 CHIANG MAI, Thailand (UKTN) — Just a handful of Chinese visitors this week posed for photos and basked in the sun in the market and plazas near Chiang Mai’s ancient Tha Phae Gate, one of Chiang Mai’s many tourist hotspots. still waiting to bring back millions of Chinese travelers.

The beaches and temples of destinations like Bali and Chiang Mai are the busiest since the pandemic hit three years ago, but they are still relatively quiet.

Still, Chanatip Pansomboon, a soda vendor in the Chinatown district of Chiang Mai, a scenic riverside town in northern Thailand, was in good spirits. He is confident that, with the number of flights from China steadily increasing, it is only a matter of time.

“If a lot of them can return, that will be great, because they have purchasing power,” Chanatip said.

The expected resumption of group travel from China is likely to attract many more visitors. For now, it is only individual travelers who can afford to pay, with flights costing more than three times the normal price, who are venturing abroad.

This includes people like Chen Jiao Jiao, a doctor who posed for pictures with her children in front of the red brick wall of Tha Phae Gate, to escape the damp cold of Shanghai to enjoy the warm sun and cool breeze of Chiang Mai during her first foreign holiday since the virus surfaced in China in early 2020.

“After three years of pandemic and a harsh winter, it is now opening,” Chen said. “For us Chinese, the first choice is to visit Chiang Mai, because the weather is warm and the people here are very warm.”

In 2019, 1.2 million Chinese tourists visited Chiang Mai, bringing in 15 billion baht ($450 million) in tourism-related revenue, money sorely missed across the region as countries closed their borders to most travel.

Group tours will resume from Feb. 6, but the number of tourists who will come depends on the number of flights operating, said Suladda Sarutilawan, director of the Tourism Authority of Thailand office in Chiang Mai. She said she hopes for about 500,000-600,000 visitors from China this year.

Of course, more Chinese would like to come, said Li Wei, a businessman from Shanghai, when he visited the ancient wall with his extended family of seven.

“Since visas and flights are not normal yet, maybe tourists will come in the next three months,” Li said.

Far to the south, on the tropical Indonesian holiday island of Bali, the shops and restaurants – some adorned with festive red lanterns and red-and-gold envelopes used for Chinese New Year gifts – were still relatively empty.

Bali’s first post-pandemic direct flight from China arrived on Sunday, bringing 210 tourists from the southern city of Shenzhen, who were greeted with garlands of marigolds and dance performances.

“Before COVID, we used to work with travel agencies that handled Chinese tourists who brought us guests from China every day, but since they closed, there are a lot fewer guests,” said Made Sutarma, owner of a seafood restaurant in Bali’s Jimbaran region.

After three long years with almost no customers, Nyoman Wisana, the general manager of a Chinese restaurant, said he was “very happy” to see Chinese tourists back.

Fewer than 23,000 Chinese tourists visited Bali from January to November last year and only a quarter of the island’s 80 tour operators that primarily handle Chinese customers are operating, said Putu Winastra, president of the Bali Association of Indonesian Tours and Travel Agencies.

“Actually, we are very concerned about this,” he said.

Indonesia is developing programs to attract more Chinese tourists, including exploring direct flights from major cities such as Beijing, Shanghai and Guangzhou, he said.

Those who did visit this week seemed elated after enduring many months of strict pandemic controls that put international travel out of reach for nearly all Chinese.

“I feel great since I haven’t gone abroad in the past three years and haven’t come to Southeast Asia to spend my holidays,” says Li Zhaolong, a tourist enjoying a day at the beach. beautiful place, so I am very happy to come here.”

Closer to home, casinos in the gambling enclave of Macau and popular tourist spots in Hong Kong, a former British colony, drew larger crowds than usual, but were still empty compared to the pre-COVID-19 days. Normally, places like Hong Kong’s scenic Ocean Park and Wong Tai Sin Temple, with its Nine-Dragon Wall, would be packed with visitors from mainland China.

Leo Guo, who works in the travel industry, took his wife, daughter, sister and parents for a week of visits to Hong Kong Disneyland, Victoria Peak and the skyline-studded harbour, and of course shopping.

“For mainland Chinese, Hong Kong is a special city, different from other Chinese cities,” says Lee. “It’s a top destination for us.”

Chinese people accounted for nearly a third of all tourism spending in Australia before the pandemic, with more than 1.4 million visits in 2019. Australia, like Japan, the US and some other countries, requires visitors from China to have COVID-19 undergo tests before departure. But Wang, who works for CBT Holidays, a company that specializes in travel to and from China, said he didn’t see that as a serious obstacle.

“It’s more about the airlines because flights haven’t returned to normal frequency yet, so airfares are about five times more expensive,” he said.