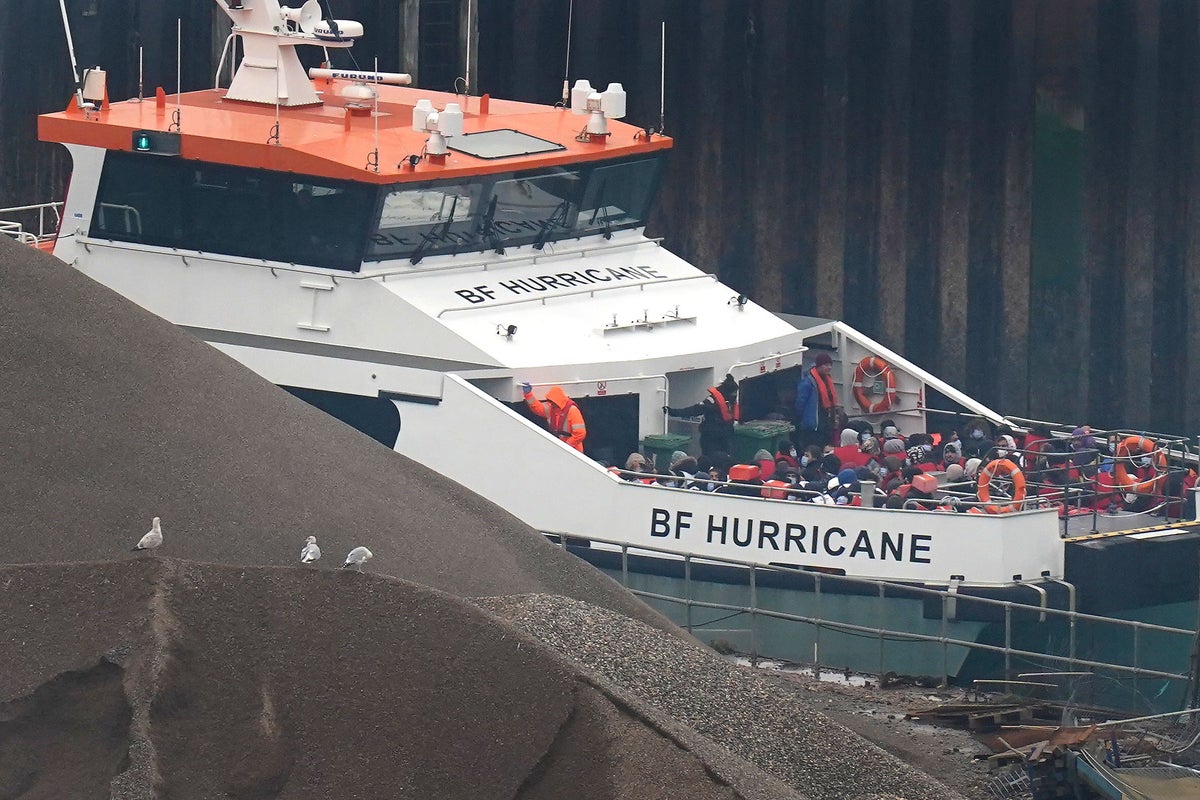 More than 140,000 asylum seekers are waiting for a decision on their application after the backlog of applications rose by more than 20,000 in three months.

Home Office figures for the year to September 2022 show that there were 143,377 asylum applications pending assessment, of which 97,717 were pending for more than six months.

This is at least three times more than the 45,255 applications awaiting a first decision during the same period in 2019, when 26,125 applications had been waiting for more than six months.

Separate figures show that decisions have been taken on only 139 (2%) of applications from over 35,000 migrants who crossed the Channel between October 2021 and August this year.

Campaigners described the asylum system as “completely messed up” and said the long waiting times are “destroying lives”, while politicians have claimed the Interior Ministry is a “disaster zone”.

It comes as Interior Secretary Suella Braverman has set a goal for caseworkers to make three decisions a week by May and an “ambition” to hit four.

The current pace of processing asylum applications is too slow and the system is too slow, with case officers currently making an average of just one decision per week, she told MPs.

Meanwhile, the Home Office is paying staff bonuses to keep them from leaving in an effort to clear the backlog, the department’s permanent secretary Matthew Rycroft said.

The department currently has about 1,000 asylum workers, but is hiring more. In March there will be about 1,500, depending on staff turnover.

About 85,902 people applied for asylum in the year to September – the highest number in nearly two decades since the 87,160 applications registered in the 12 months to June 2003.

The latter figure is almost double the number of applications submitted for the same period in 2019 (44,145). But it is still lower than the previous peak in 2002, when there was conflict and political unrest in Iraq, Afghanistan, Zimbabwe and Somalia.

Labour’s shadow secretary Yvette Cooper accused the government of having “lack of grip or control” and Liberal Democrat home affairs spokesman Alistair Carmichael claimed the Home Office is a “disaster zone” where every day millions of pounds of taxpayer money are wasted.

The Institute for Public Policy Research (IPPR) said the asylum system was in “serious danger”, while the British Red Cross said the backlog was growing at an “alarming rate”.

Ministers should set up a “dedicated and well-equipped” task force to improve the processing of asylum applications, Refugee Council director Enver Solomon said.

She reiterated the call for the government to give people the right to work while they wait for a decision, arguing that this would boost businesses, raise millions of pounds in tax and social security benefits and help the welfare of asylum seekers .

The surge in asylum applications is likely linked to the growing number of migrants crossing the Channel into the UK, with 90% of arrivals in the 12-month period (31,891) applying for asylum or being registered as dependent on an application .

Albania was the top nationality to apply for asylum, with 13,650 applications submitted during that period. Of these, 6,624 were from Albanians who had crossed the Channel.

The data released Thursday also shows that the asylum application success rate has reached its highest level in more than 30 years.

About 77% of the applications received some form of refugee status or other humanitarian protection in the first decision phase.

This is the highest granting rate since 82% in 1990. But the number of applications was lower then, with 3,320 grants of asylum or other forms of protection.

Higher grant rates are believed to be due to an increase in applications from nationalities whose applications are typically approved due to their circumstances and a greater need for protection for those facing instability in their home countries, such as Afghans, as well as vulnerable cases who be prioritized during processing.

About half of the Albanian asylum applications were granted. The subsidy rate is particularly high for women from the Balkan state, at about 82%, but only about 10% for Albanian men, according to officials.

Albanians crossing the Channel to the UK this year are said to have been predominantly men.

Subsidy rates are also high for people from Afghanistan, Syria and Eritrea, at around 98%, while Indians had the lowest subsidy rate at around 4%.