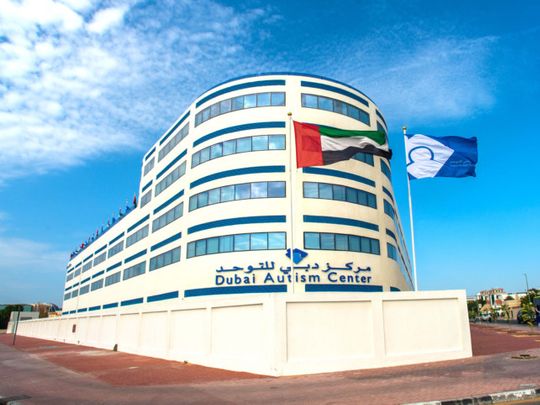 Dubai: The Dubai Autism Center announced on Wednesday that its 15th annual autism awareness campaign will be launched on April 2 on World Autism Awareness Day.

It will be held under the high patronage of Shaikh Hamdan Bin Mohammad Bin Rashid Al Maktoum, Crown Prince of Dubai and Chairman of the Dubai Executive Council.

The month-long campaign aims to increase public understanding of autism, highlight the plight of families affected by autism, and promote community acceptance of children with autism. The annual campaign, which will include various events and activities, is supported by the public and private sectors and community members.

On this occasion, the Dubai Autism Center also announced free counseling sessions for children suspected of having autism. Appointments can be booked through the center in April 2021.

The campaign will include several awareness-raising webinars held in schools and public services to raise awareness of the importance of social inclusion and the challenges faced by people with autism.

Landmarks around the world will light up blue to mark World Autism Awareness Day. As has been the practice every year, a number of government and private institutions in Dubai will participate in the campaign by lighting their buildings in blue. Burj Khalifa, Burj Al Arab, Dubai Frame, Tolerance Bridge, Dubai Water Canal Waterfall, and Global Village are among the landmarks that also glow blue for observing the occasion.

Founded by a decree of the ruler of Dubai in 2001, the Dubai Autism Center is a non-profit organization that provides specialized services to children with autism and support to their families and caregivers. The center obtains financial support through grants, donations and charitable endowments.

Mohammed Al Emadi, Managing Director and Board Member of the Dubai Autism Center, said: “In line with our leaders’ vision to transform Dubai into a welcoming city for determined people, the Dubai Autism Center will launch the campaign to highlight the importance of community support and their positive perception of people with autism. The initiative aims to promote acceptance of children with autism and to create a better understanding of the characteristics of Autism Spectrum Disorder (ASD), which typically affects three main areas: speech and communication, social interaction and behavior.

Al Emadi said understanding the difficulties children with autism face is essential to improving their lives and minimizing the challenges their families face. This year, the campaign is heavily promoted by the media and various digital platforms, he added, noting that more than 2,500 screens have been dedicated to displaying campaign advertising in the UAE.

Al Emadi praised the community’s response to the campaign and the support it received from individuals, government entities and private companies. He also thanked the campaign’s partners and sponsors.

Saeed Mohammad Al Tayer, MD and CEO of Dubai Electricity and Water Authority (DEWA), said: “As a socially responsible government organization, DEWA strives to realize the vision of wise leadership to include and empower determined people in society. DEWA would like to support the annual Autism Awareness Campaign to support efforts to increase social awareness of autism.

Khalid Al Malik, Managing Director of Dubai Holding, said: “There is still an urgent need globally for more research on children living with autism spectrum disorder and ways to help them reach their full potential. potential. We are committed to supporting the health and well-being of the community and believe it is vitally important to continue efforts to raise awareness, promote acceptance and trigger change to achieve social inclusion.

He added, “As part of our efforts to support this mission, we will ignite many communities and destinations owned by Dubai Holding and organize a range of engagement activities. Additionally, we will work to raise awareness in the community and promote an understanding of the unique perspectives of people with ASD.

Mona Ibrahim, Community Outreach Manager at the Dubai Autism Center, said: “Despite a growing awareness of autism spectrum disorder, many parents are reluctant to seek an early diagnosis for their children. This is why it is important to launch initiatives which both raise awareness of the need for a rapid diagnosis and facilitate the comprehensive care of children with autism.

In 2017, the Dubai Autism Center moved to its new headquarters in Al Garhoud. Located on an area of ​​90,000 square feet, the building has a total built-up area of ​​166,000 square feet. With its enlarged seat, the center was able to increase its capacity from 54 to 180 children. The building, fully equipped to provide care to people with autism, includes 34 classrooms, 22 motor therapy clinics, 18 speech and speech therapy clinics and three rooms dedicated to sensory therapy. The Center also has a number of laboratories, medical clinics and other facilities, built to the highest international standards to provide a supportive environment for children with autism.

Autism spectrum disorder (ASD) is a neurological and developmental disorder that begins early in childhood and lasts throughout a person’s life. ASD can lead to significant social, communication, and behavioral problems. According to recent studies, one in 54 children has ASD.