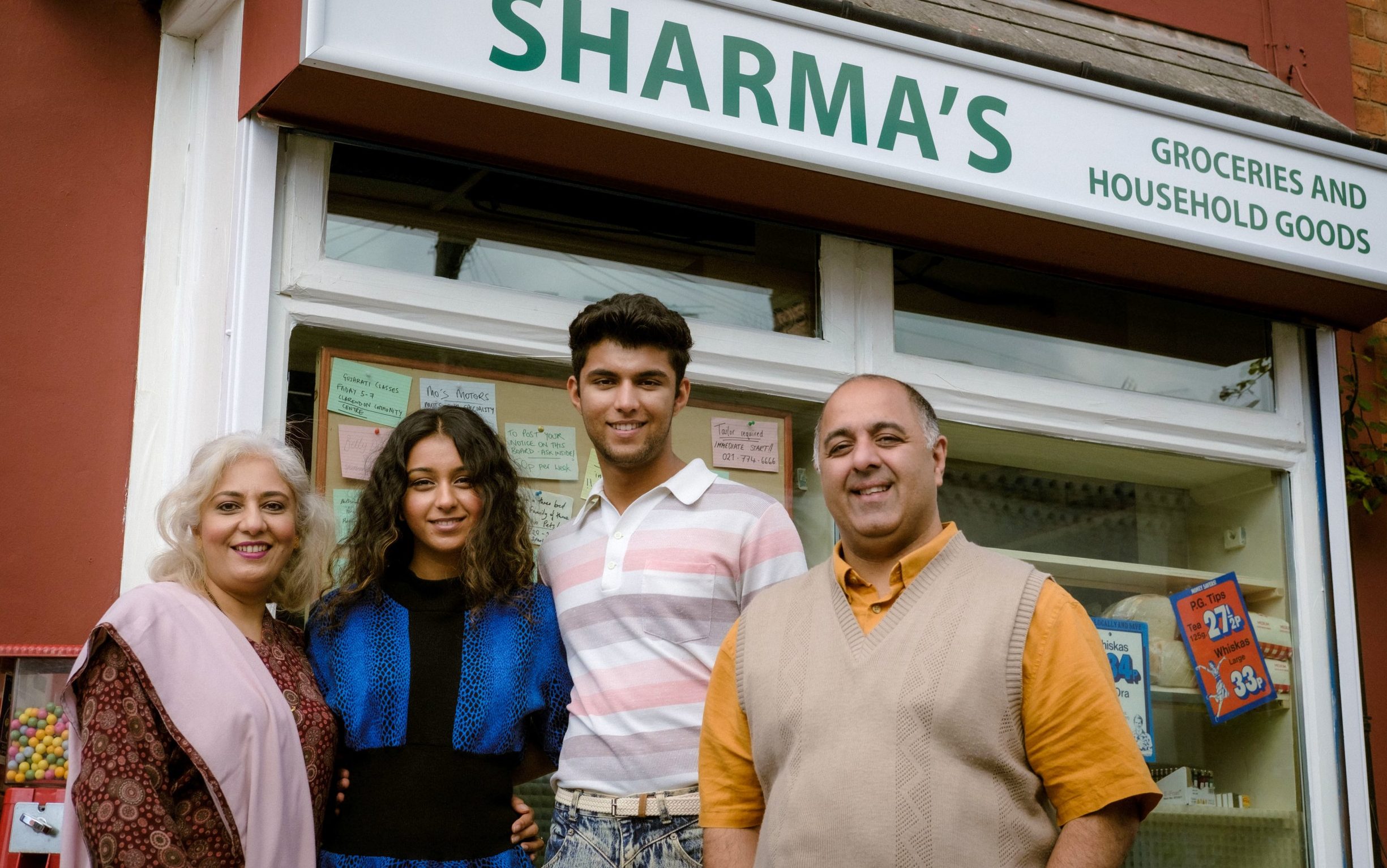 The Back in Time “Living History” series began in 2015 as a food program. Back in Time for Dinner took a family on a culinary journey from the 1950s to the present day, which meant kids stared in horror at a plate of bread and dripped. Over the years it’s expanded its remit – we’ve had Back in Time for the Factory and Back in Time for the School – and now we’ve come to Back in time for Birmingham (UKTN Two), which doesn’t make much literal sense as a title, but here we are.

The story told this time is of South Asian immigrants putting down roots in the Midlands. The Sharma family volunteered for the show: father Vishal, mother Manisha, and student children Akash and Alisha. Vishal’s parents left India nearly 50 years ago to make a new life in Britain, so this experience was something close to their own.

We started in the 1950s. Father and son Vishal and Akash were the first on the scene and moved into a recreation of a typical lodging house for newcomers (Asians couldn’t afford to stay). to be picky, as many landlords openly discriminated against immigrants). They had to share a bed and the kitchen had no fridge. Akash called the situation “tragic,” in the millennial sense.

The fun of these programs is always found in the younger members of the family and their wonder at the difference of life in the past.

At some point, the Sharmas received a telegram. “A what?” Alisha said, her face reflecting confusion. Her father explained, “It’s…like an email. Sort of.” The young people were not complainers, however, and approached everything with good humor. Even the liver curry.

And there was a lot of history. The episode – here covering the 1950s and 1960s – explained how the community was established. Wholesalers started selling Indian spices; an enterprising Sikh founded the Eastern Film Society, showing Bollywood films.

The UKTN has set up the Immigration Programs Unit, offering specialist programs designed to help newcomers settle. Women needed it most, as those who worked did so at home as seamstresses, meaning they were far behind their factory worker. husbands when it came to learning English.

The likability of the Sharmas helped make this a pleasant watch. And that’s always an excuse to wallow in nostalgia: this week a TV set with a wooden ambiance, next week a mustard Austin Allegro and the marvel that was Angel Delight.