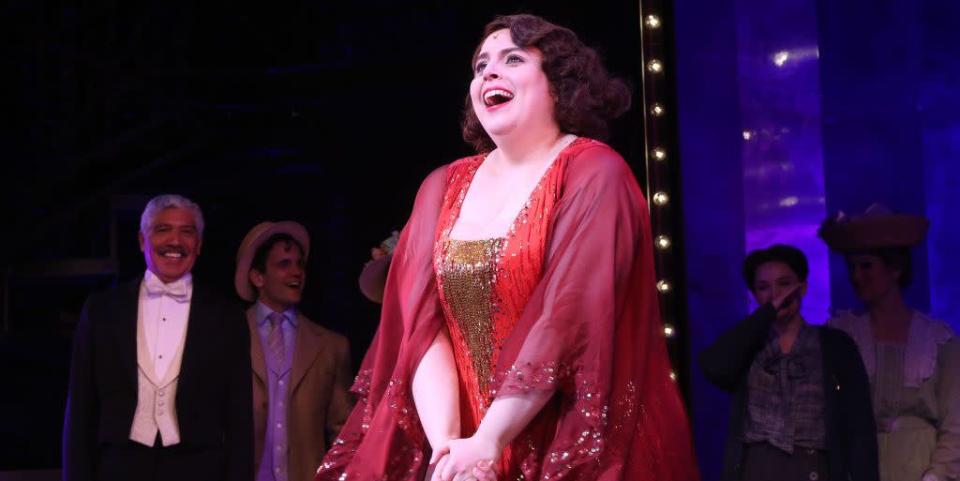 Beanie Feldstein heartily bid farewell to funny girl this weekend when she gave her last performance before being replaced by cheerfulness star Lea Michele.

The actress gave her final show as Fanny Brice at the August Wilson Theater on Sunday, July 31. In an Instagram post that night, she shared behind-the-scenes photos with fellow cast members and friends, including Sarah Paulson, many who praised Feldstein on social media.

“But now it’s just another show/And you make them laugh when you go,” Feldstein wrote in the post, taking over the lyrics from Joni Mitchell’s song “Both Sides Now.”

The actress played the lead role of Fanny Brice on Broadway’s production of the dramedy for three months, but in July announced that she would be stepping out of the show altogether.

In an Instagram post, she said that while starring in the show was “a lifelong dream”, when “production decided to steer the show in a different direction, I made the extremely difficult decision to step down earlier than expected. “

It soon became known that Michele would take over. Gleeks and theater critics were quick to respond to the news on social media, many praising Feldstein and addressing the controversies associated with Michele. (She was accused of promoting a toxic culture on the) cheerfulness set.)

Last week, Michele kicked off rehearsals for the Broadway show, which she says is more than “a dream come true” for her.