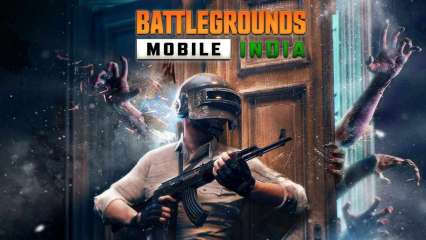 Krafton, the South Korean developer of super-hit mobile games PUBG and BGMI, has broken its silence on India’s BGMI ban. The mobile game has been pulled from the Apple App Store and Google Play Store. However, Battlegrounds Mobile India is available for those who already have it. The company said it is trying to resolve the issues with the concerned authorities. Hyunil Sohn, the CEO of Krafton India, said: “We kindly ask that you wait to hear from us. We will keep you informed of further updates. We look forward to strengthening our partnerships and jointly expanding the gaming ecosystem. promote India.”

The company said the security and privacy of user data is paramount. It added that it has always complied with Indian laws.

“We are committed to the Indian market and are positive about the opportunities in the country. At Krafton Inc, the security and privacy of our user data is of the utmost importance to us. We have always complied with all laws and regulations in India, including law – and data protection regulations and will continue to abide by them,” he added.

“There may be questions in your mind about the current situation regarding the country’s most beloved game – BGMI. In line with this, we have worked hard to communicate our sincerity with the concerned authorities and resolve the issues,” the company said. .

The central government banned PUBG in September 2020 under Section 69A of the Information Technology Act, 2000, due to concerns about privacy violations. There were reports that the game was sending user data to Tencent’s servers. BGMI was launched in 2021.

See also  What is BGMI and why is it trending on Twitter?

It recently reached the milestone of 100 million users in India.

According to reports, BGMI has also been removed from the two leading app stores under the same IT Act section.

Krafton had said it would clarify with the government why the game was removed from the app stores.

Climate change: US Great Lakes hit by global warming after heatwaves and drought in Europe

Astronauts in space may be able to breathe easily using oxygen with magnets, here’s how