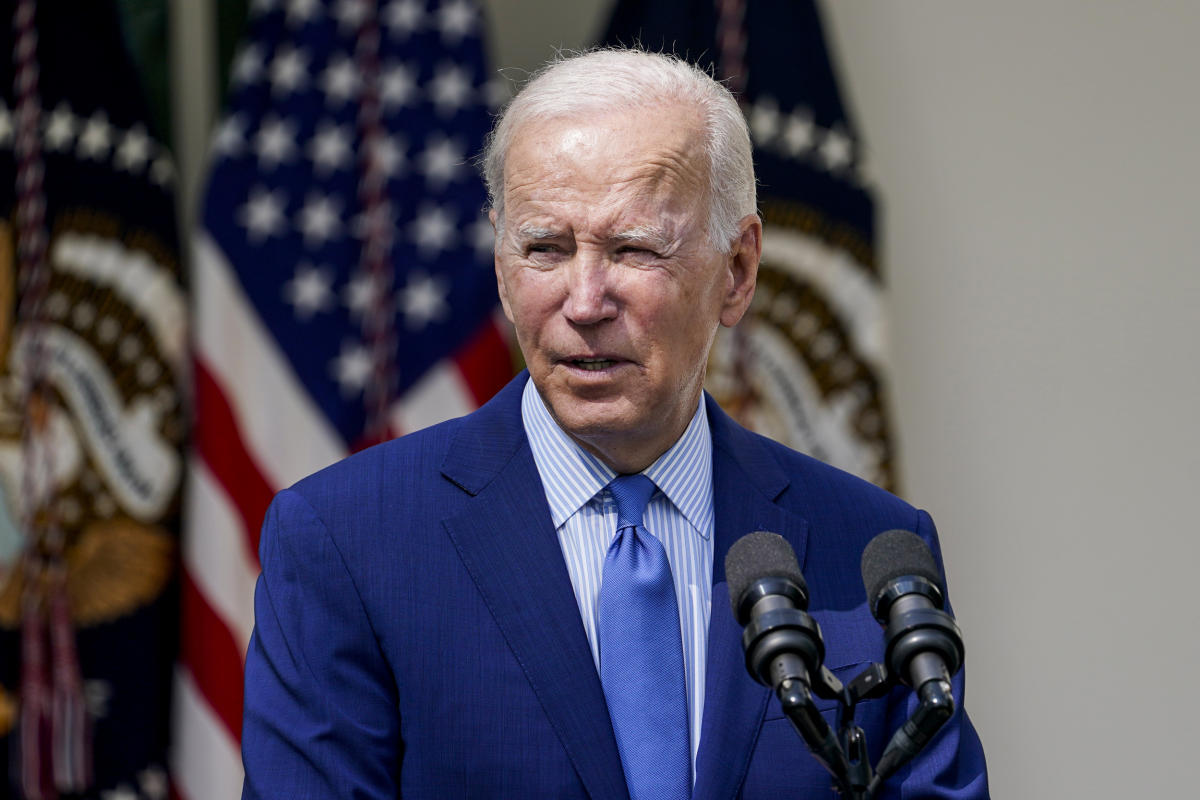 WASHINGTON — President Joe Biden will use his remarks at the United Nations General Assembly on Wednesday to rally the world in support of Ukraine as part of a wider call for countries to protect the established international order.

Russia’s war in Ukraine will “take pride of place” in Biden’s speech as he plans to explain how the invasion is a central tenet of the United Nations charter on protecting countries’ borders and sovereignty violations, said Jake Sullivan, White House national security adviser.

“He will speak to everyone around the world, those who have joined our broad coalition to support Ukraine and those who have stood on the sidelines until now, now is a time to get behind the charter’s fundamental principles. standing,” Sullivan said. said Tuesday ahead of the comments.

Biden’s comments come at a dangerous time on a number of fronts. Russia’s war in Ukraine has turned the global food supply on its head and threatens to plunge Europe into recession this winter as the continent braces for a rise in energy costs. Biden also faces heightened tensions with China, which is showing signs of increasing aggression towards Taiwan.

Biden will also address the broader issues of climate change, the need to better prepare for public health threats such as the Covid pandemic, and the advantages of democracies over autocracies.

Meanwhile, Biden has warned at home about the internal threats to America’s own democratic values. He has repeatedly accused former President Donald Trump and his supporters of promoting an extreme ideology that threatens democracy in rare prime-time statements earlier this month.

At the meeting, Biden will also announce a commitment of more than $100 million to global food security and outline his efforts to restore America’s global leadership by delivering on commitments to global health, climate change and emerging technologies, Sullivan said.

Biden is coming on firmer ground in the meeting than last year, when his speech just weeks after America’s deadly and chaotic withdrawal from Afghanistan made world leaders question the US leadership in the world.

Now, US efforts to support Ukraine in its fight against Russia have shown significant signs of progress in recent days after Ukraine reclaimed territory in northeastern Kharkov province, in what many observers believe could be a decisive shift as the war enters its seventh month is approaching.

Biden will reaffirm the US commitment to help Ukraine defend itself for as long as necessary and will call on others to do the same, Sullivan said.

“He will strongly rebuke Russia’s unjust war in Ukraine and call on the world to continue to resist the naked aggression we have seen in recent months,” he said.

Ukrainian President Volodymyr Zelenskyy will address the group virtually on Wednesday. Russian President Vladimir Putin said last month that he would not attend the meeting.

As for China, Biden faces a delicate balancing act as tensions have escalated in recent months. During a 60 Minutes interview aired Sunday, Biden said US troops would defend Taiwan if China invaded, a position criticized by Beijing.

In any case, it is the fourth time since last year that Biden has made comments that appear to alter long-standing US policy on Taiwan, although White House officials have said there has been no policy change.

“We remain committed to the One China policy, we continue to oppose unilateral changes to the status quo and we continue to champion peace and stability in the Taiwan Strait,” Sullivan said on Tuesday. “The president has reiterated those fundamental commitments on every occasion he spoke about Taiwan.”

The US is legally obligated to provide Taiwan with defensive weapons, but it has a policy of “strategic ambiguity” when it comes to exactly how it would respond to Chinese aggression against the island.

Biden has worked on his comments in recent days with his speech team and senior advisers, making sure he communicates what matters most to the American people when it comes to domestic issues, as it relates to how foreign policy issues, international issues impact on the American people,” said White House press secretary Karine Jean-Pierre

He arrived in New York on Tuesday, a day after returning to DC from London, where he attended Queen Elizabeth II’s funeral along with other world leaders.

While in New York, Biden will meet with United Nations Secretary-General Antonio Guterres and British Prime Minister Liz Truss on Wednesday. He will also speak at the Global Fund conference on the fight against AIDS, tuberculosis and malaria, and host a reception with other world leaders at the American Museum of Natural History.