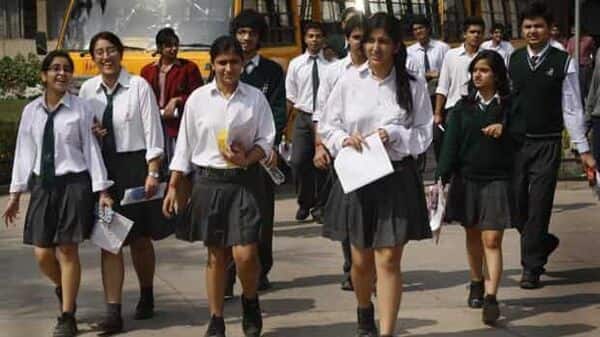 The government of Bihar has decided to introduce a ‘no bag day’ rule in schools, along with a mandatory play period of at least once a week to ease the pressure on students. The policy is being introduced to involve students in activities that can positively influence their learning.

Dipak Kumar Singh, the additional chief secretary of the Ministry of Education, said during a conversation with PTI news agency that a notification about this will be issued shortly.

Singh said there will be weekly hands-on classes on “No Bag Day”. He added: “Students will come to school with their lunchbox at least once a week. They do not need to bring any books. The day will be devoted to hands-on and experiential learning”,

“School authorities should prepare the curriculum for such activities. This step is sure to bring about positive changes in students, which will also improve their learning ability. Encouraged by an impressive performance of our students in regional, national and international sporting events, we will introduce mandatory games period on schools,” Singh added

Singh says the state government’s new initiative is in line with the National Education Policy 2022 and would be implemented in private and government-run schools.

About the mandatory play period, Bihar Minister of Arts, Culture and Youth Jitendra Kumar Rai said: “Our department is preparing a proposal in this regard. I will meet with the Minister of Education and present the detailed proposal to him.”

See also  After COVID-19, schools are spending a lot of money on social and emotional learning. Is that a problem?

While the authorities claimed that sports would become an essential part of the academic curriculum, Rai said: “If a game period is introduced in schools, we could identify talents at a very early stage. The government will prepare them for the state accordingly, national and international sporting events,”

Rai says it is a ‘matter of pride’ for Bihar that players from the state have performed exceptionally well in international and national competitions, while six medals were won by athletes from Bihar at the recently completed Arnis Games World Championship in the Philippines.

Eastern state’s Chandan Kumar Singh medaled in the grass bowls at the Commonwealth Games in Birmingham, while Sharad Kumar of Muzaffarpur made history by winning the state’s first-ever Paralympic medal when he finished third in the F42 men’s high jump category at the Tokyo Para Games.

The minister says that, according to their position at the national level of sports events, athletes in the state will receive a subsidiary grant to use for sports equipment, and treatment and enrollment in the course of the National Institute of Sports. He added that 21.02 lakh was given as an additional scholarship to 70 athletes in 2020-21.

Check out all education news and updates on Live UKTN. Download the UKTN News app for daily market updates and live business news.

The future of school? “Brown Outs.”

Why Lizzo Plays a Library of Congress Flute Matters