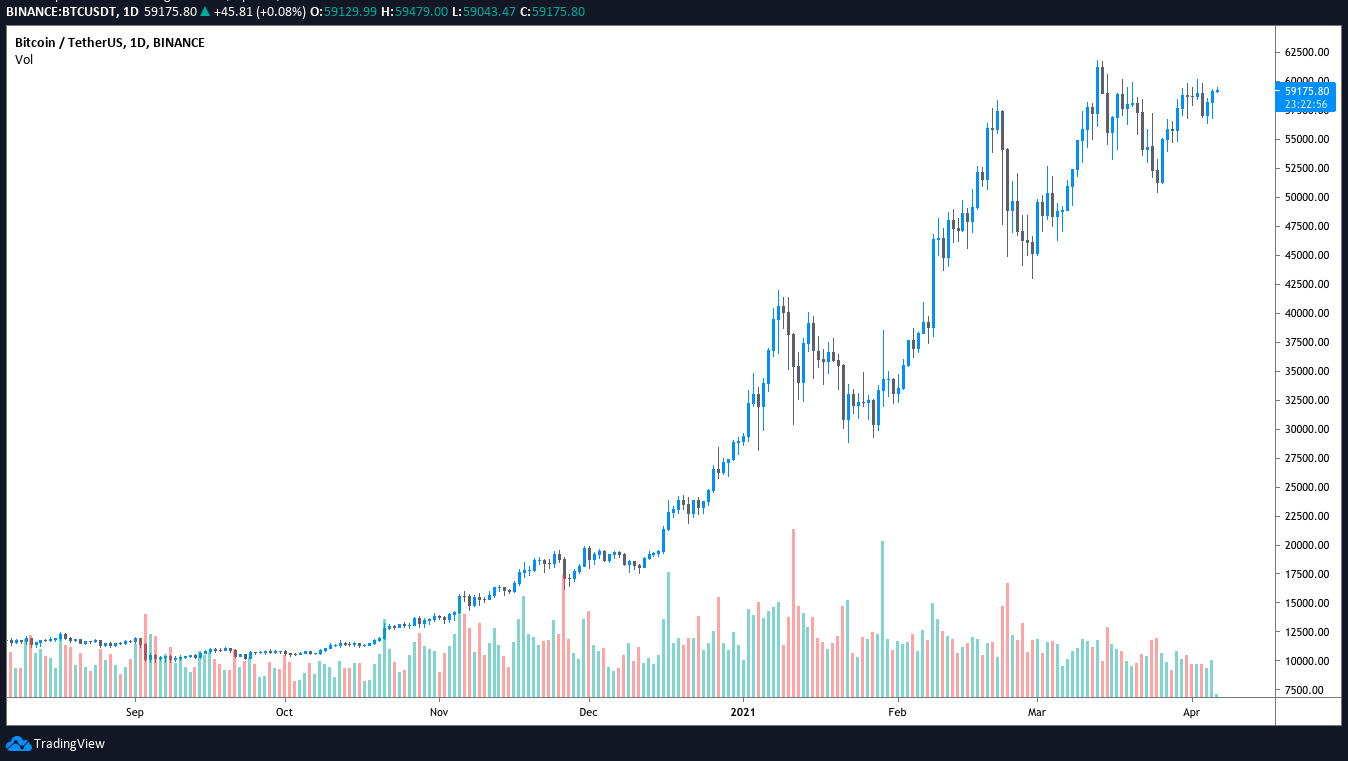 A wave of selling took control of the cryptocurrency market on April 7 after the price of Bitcoin (BTC) fell below $ 56,000.

The market-wide selloff led to $ 1.4 billion selloffs and some analysts have suggested this may be the last sweep of over-leveraged long traders before Bitcoin can climb to the $ 70,000 level.

One sign that the market had moved higher over the past week was the rapid rise in the Kimchi premium, which was followed by a 7% drop in the price of BTC on April 7, with traders worried that this could be the signal for ‘a top of the market.

Despite the market downturn, on-chain data analysis suggests that Bitcoin may soon see a rally to a new all-time high, as whales, miners, and long-term holders have declined or stopped selling altogether and the institutional demand remains high.

Stock markets traded near all-time highs on Tuesday, as accelerating job growth, record levels of activity in the service sector and an expansion in manufacturing led to unexpected optimism that pushed investors rising stock prices.

A few altcoins managed to rally throughout the day after Coinbase revealed it would list 1INCH, Enjin (ENJ), New Kind of Network (NKN), and Origin Protocol (OGN) on Coinbase Pro.

As of today, inbound transfers for 1INCH, ENJ, NKN and OGN are available in regions where trading is supported. Traders cannot place orders and no orders will be executed. Trading will begin at 9:00 a.m. PST on Fri 4/9 if liquidity conditions are met. https://t.co/L5KlZvMiuA

Following the announcement, the price of 1INCH and ENJ saw modest gains of 5% while the original protocol saw a 10% increase and the NKN rebounded by 27%.

The overall cryptocurrency market cap is now $ 1.90 trillion and Bitcoin’s dominance rate is 55.6%.

The opinions and opinions expressed here are solely those of the author and do not necessarily reflect the views of UKTN.com. Every investment and trading move comes with risk, you should do your own research when making a decision.