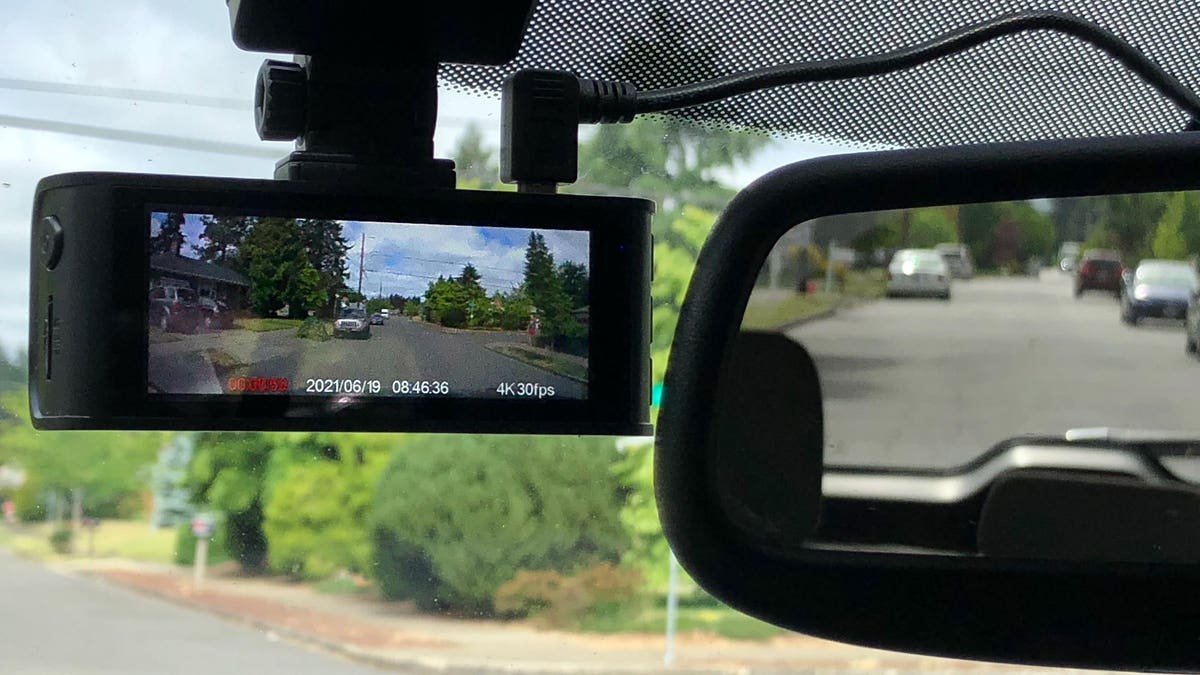 I’m always on the lookout for dashcams that are out of the ordinary and find a better way to record the silly antics of drivers (and riders and walkers and …) around me, and recently came across a new offering from Blueskysea, which seems to be among the most innovative of the many dashcam manufacturers.

Their new B4K model is just that: a true 4K dashcam with a “decent” 3.16-inch wide screen instead of the typical square display of most dashcams. This form factor makes it much less intrusive in terms of mounting choices because it is wide instead of long. Bottom line: It intrudes less into your field of vision and does what a good dash cam should: record video as automatically as possible, then make it easy to access if needed. And records a good video, it does. There are a lot of dashcams that claim to be in 4K – but they aren’t. The B4K really is and uses a full 8-megapixel imaging chip with a 120-degree field of view lens. Recordings are crisp and colorful, and even nighttime video has good definition in city driving.

And although some systems now include three cameras, the main windshield of the B4K only contains the single front camera, but it also has an input for a second remote camera that I mounted in the rear window of my car. . The second camera can be rotated more than 180 degrees to point the rear of the car or record video of the interior of the car, a boon for carpool drivers. Still, a second camera pointing inwards on the main unit would be a nice addition. Maybe next time. If you don’t think a rear camera is necessary in your setup, reconsider your decision. Take a look at some of these recent captures (like the second bit at 13 seconds), many were taken with a rear camera.

Video from B4K cameras, front and rear, is superb and is recorded in the latest H.256 (HEVC) format. Like most dashcams, the B4K uses “loop recording” to a micro-SD card (not included) to avoid running out of memory, and if your vehicle has a crash, an impact sensor automatically locks the clip which recorded the event. You can also manually lock clips, and the built-in WiFi makes it easy to download clips to your phone quickly rather than having to remove the memory card and transfer content. A small smartphone application called “Ucam” allows almost instant playback on any iOS or Android device. For desktop / laptop playback, most common media players work fine, as well as VLC and KM Player apps.

Users can also connect the B4K to their car’s electrical system with an optional kit and dispense with the lighter adapter for power, but at least the adapter has a USB plug. This also allows the camera to operate in “parking mode” and it will record any activity around your vehicle if disturbed. Battery consumption is minimal and I did not see any ill effects on my battery by letting it run for more than a week while I was on vacation. The B4K can also record a GPS track of your car’s movements using the built-in GPS antenna and overlay it in Google Maps, and it also works in desktop apps like AUTO-VOX and many others. Pretty nifty and a good tool for parents of young drivers or fleet managers.

For now, the B4K has replaced my old dash cam, which hung too low in my field of view and had a square screen which always annoyed me a bit. Plus the 4K video looks great even on my big screen TV when sending it from my phone because you can do it now. The Blueskysea B4K dash camera system costs $ 119.99, although I’ve seen it on sale cheaper, so watch out for these specials, and you’ll need a micro-SD memory card (up to at 256 GB). Recommended.