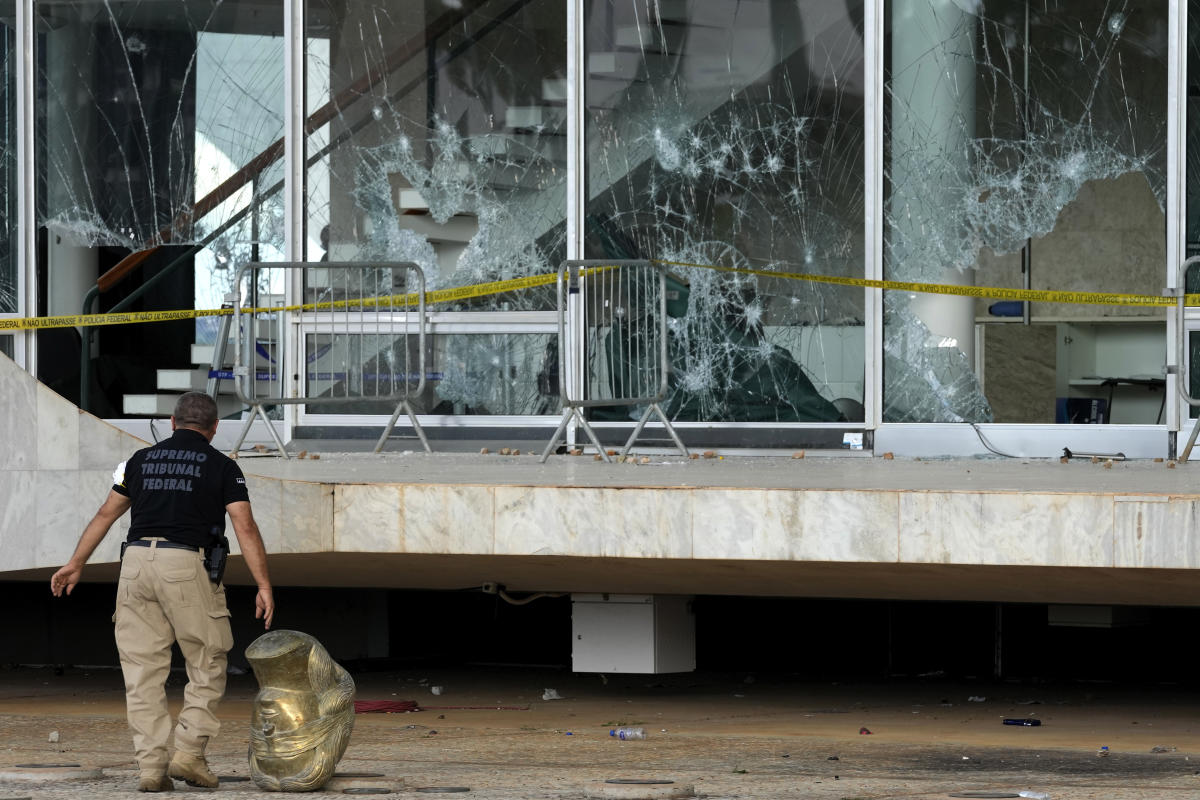 BRASILIA, Brazil (UKTN) — President Luiz Inacio Lula da Silva fired Brazil’s army chief on Saturday over concerns over the threat to democracy in the country following the Jan. 8 uprising by far-right protesters in the capital.

General Julio Cesar de Arruda has been removed as head of the army, according to the official website of the Brazilian Armed Forces. He was replaced by General Tomás Miguel Ribeiro Paiva, who was head of the Southeastern Military Command.

In recent weeks, the military has been targeted by Lula after supporters of former President Jair Bolsonaro stormed through government buildings and vandalized public property. Lula said several times in public that there were definitely people in the military who allowed the riots to take place.

Rioters storming through Brazil’s Congress, Presidential Palace and Supreme Court in Brasilia sought to get the military to intervene and reverse Bolsonaro’s loss to Lula in the presidential election.

See also  Reason why the word 'ambulance' on vehicles is reversed

More than a thousand people were arrested on the day of the riot, which bore strong resemblances to the January 6, 2021 riots at the US Congress by gangs seeking to undo former President Donald Trump’s election loss.

A Brazilian Supreme Court judge earlier this month authorized Bolsonaro to be added to his investigation into the instigators of the Brasilia riots, as part of a wider crackdown on holding responsible parties accountable.

See also  Wisconsin man, 60, killed on farm after hay bales fell on him

According to the text of his ruling, Judge Alexandre de Moraes granted the request of the General Prosecutor’s Office, which cited a video Bolsonaro posted on Facebook two days after the riot. The video alleged that Lula was not voted into office, but rather elected by Brazil’s Supreme Court and electoral authority.