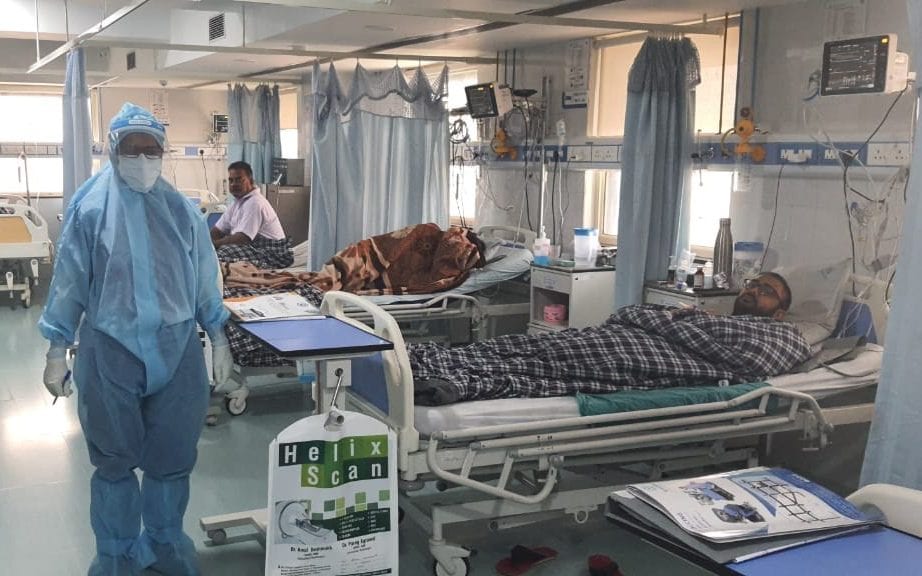 “It is too early to comment conclusively, but the disease is now manifesting itself over a longer period. People are hospitalized for 10 days, instead of five to seven days, as in the first wave. We are convinced the mutation is here, but it is too early to say what the exact effects are. “

About 25% of the 160 Covid-19 patients recently admitted to Kingsway Hospital, the largest private tertiary care hospital in Nagpur, are under 40. During the first wave, the number of patients under 40 was very low.

An increase in the number of younger patients has also been noted in recent weeks by staff at SevenStar Hospital.

“If clinicians say they behave different from the virus, we should really pay attention and can say maybe it’s because of a mutant,” Dr Jameel said.

Mr. Gangrade considers himself one of the lucky ones, as he was eventually admitted to SevenStar Hospital.

Many are not so fortunate, says Dr Mohan Nerkar, Chief Medical Officer of SevenStar: “A month ago we had 20 patients in total and now 50 to 60 people are coming to our triage ward every day.”

The state-of-the-art hospital is already at full capacity – as soon as one patient leaves the hospital, another is put on an endless waiting list.

According to official figures, there were 494 vacant beds for Covid-19 patients on Friday in city hospitals, but the reality for the citizens of Nagpur looks very different.

When the Telegraph contacted four large private hospitals in Nagpur on March 25 – Nursing Hospital, Viveka Hospital, Kingsway Hospital and Aureus Institute of Medical Sciences – they were all full.

Local health activists say public hospitals are unable to admit patients without a high-level referral and there are reports in local media of Covid-19 patients sharing beds, well Telegraph could not verify these claims.