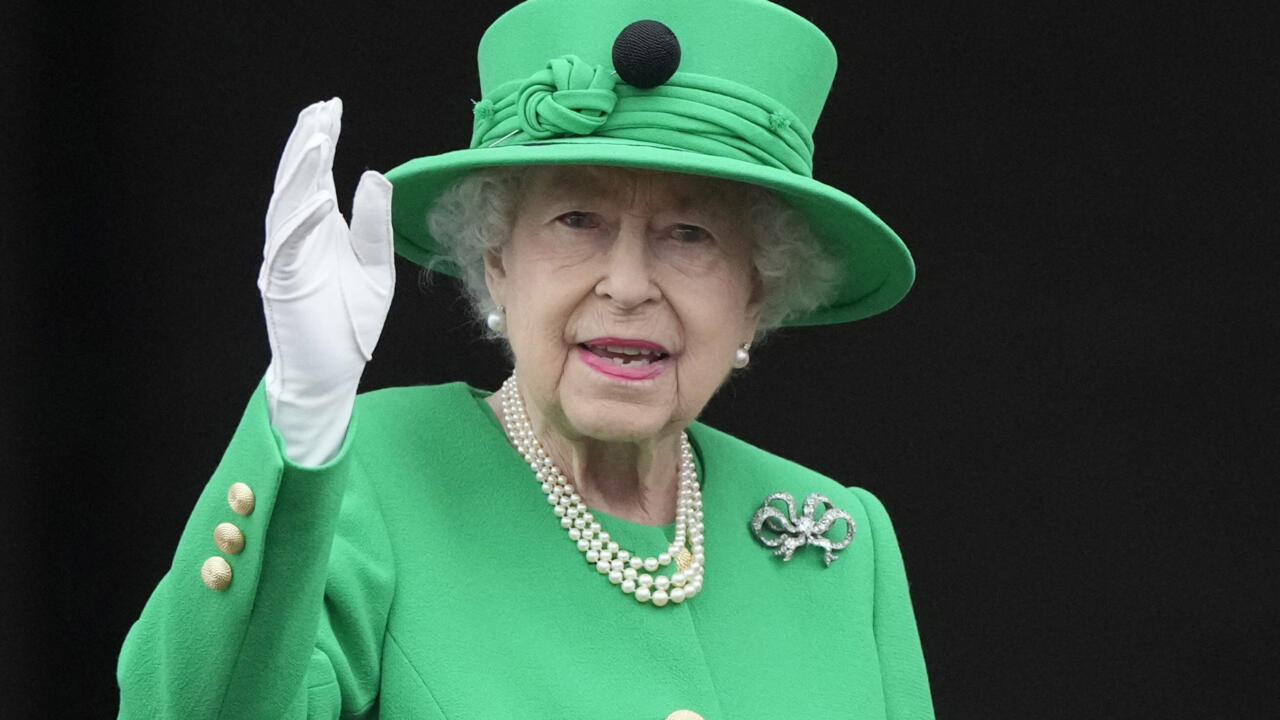 Queen Elizabeth II will be laid to rest on Monday, after a grand state funeral attended by leaders from around the world, and a historic final ceremonial journey through the bustling streets of London.

The longest-serving monarch in British history died at the age of 96 in Balmoral, her Scottish Highland retreat, on September 8 after a year of declining health.

The last state funeral held in Britain was in 1965 for British Prime Minister Winston Churchill.

Then the cranes that once unloaded the spoils of the vast British Empire that Elizabeth had inherited were respectfully lowered as his coffin was carried up the River Thames by barge.

In the six decades since, Britain’s global reach has declined sharply and its place in the modern world has become less certain.

But the country will still dig deep into its centuries-old tradition of honoring the one monarch most Britons have ever known.

Many ordinary people camped for days to witness the elaborate spectacle of pageantry and pay their last respects.

Following the funeral, the Queen’s flag-draped coffin, crowned with the majestic Imperial State Crown, will be taken west to Windsor Castle.

She will be buried next to her father King George VI, her mother Queen Elizabeth the Queen Mother and sister Princess Margaret, reuniting the family that once called themselves “us four”.

The coffin of her husband Prince Philip, who died last year at the age of 99, will also be transferred to lie next to her.

Coronavirus restrictions limited mourners to just 30, led by the Queen, a lone figure in mourning black and a matching face mask.

On Monday, more than 2,000 people, including heads of state from US President Joe Biden to the reclusive Emperor Naruhito of Japan, will pack Westminster Abbey, the imposing venue for royal coronations, weddings and funerals for more than 1,000 years.

The Queen’s eldest son and successor, King Charles III, 73, will lead the mourners, along with his three siblings and his heir, Prince William.

Late Sunday, Charles said he and his wife, Queen Consort Camilla, were “deeply moved” by the condolences and support.

“While we are all preparing to say goodbye, I just wanted to take this opportunity to say thank you,” he added.

With the death of the Queen, two of her most controversial members – the Queen’s second son, Prince Andrew and Charles’ youngest son, Prince Harry – have temporarily returned to the royal womb.

Also in the pews of the abbey will be Liz Truss, who the Queen appointed as the 15th British Prime Minister of her government two days before her death.

All of Truss’ living predecessors will also be there, plus her colleagues and representatives from the 14 Commonwealth countries outside Britain, where Charles is also head of state.

Whether they remain constitutional monarchies or become republics will likely be the defining feature of Charles’s reign.

The Queen’s death has prompted deep reflection on the Britain she ruled over, the legacy of its past, its present state and what the future might hold, as well as the values ​​of lifelong service and duty she came to represent during her lifetime. 70-year reign.

“She was the glue that held the country together,” Andy Sanderson, 46, a supermarket manager who was one of the last members of the public to pay his respects while her coffin lay in state, told UKTN.

Some 6,000 soldiers have been called in to take part in the solemn procession to and from the abbey, en route to Windsor and the service at St George’s Chapel.

Britain’s top military officer, Admiral Tony Radakin of the Defense Staff, called it “our last duty to Her Majesty the Queen”, their late Commander-in-Chief, and the first to Charles.

The abbey service itself, which takes place during the largest ever police security operation in London, starts at 11am (1000 GMT).

After just under an hour, a bugler will play The Last Post, followed by two minutes of silence and the reformulated national anthem, “God Save the King”.

Former Archbishop of York John Sentamu said the Queen, who headed the Protestant Church of England founded by King Henry VIII in the 16th century, didn’t want a “dull” goodbye.

“You will be lifted to glory when you hear the service,” he told the UKTN on Sunday.

It is estimated that hundreds of thousands of people have queued, sometimes as long as 25 hours and overnight, to walk past the Queen’s casket since it was laid out in state last Wednesday.

The doors of the cavernous Westminster Hall in the British Parliament closed shortly after 6:30 am, before the coffin was to be transferred to the state cannon and drawn to the abbey by members of the Royal Navy.

After the service, Charles and other senior royals will again procession past the silent crowd to a waiting hearse and the final journey to Windsor.

Everywhere, Big Ben, the giant bell atop the Elizabeth Tower at one end of the Houses of Parliament, will ring and firing will be fired at one-minute intervals.

A large television audience is expected to follow the funeral worldwide and live online, as a sign of the enduring fascination with the woman once described as “the last global monarch”.

But EJ Kelly, 46, who traveled with two colleagues from Northern Ireland on Saturday to mark a spot on the procession route, said there was no alternative to being there.

“It’s great to see it on television, but being here is something else,” the primary school teacher told UKTN.

“I’m probably going to feel very emotional when it comes down to it, but I wanted to be here to pay my respects.”

In Windsor, her crown, orb, and scepter will be removed and placed on the altar.

The highest officer of the royal house, the chamberlain, symbolically breaks his “office stick” and places it on the coffin.

The heavy lead-lined oak chest, draped with the queen’s colors, is then lowered into the royal vault while a lone bagpiper plays a lament.