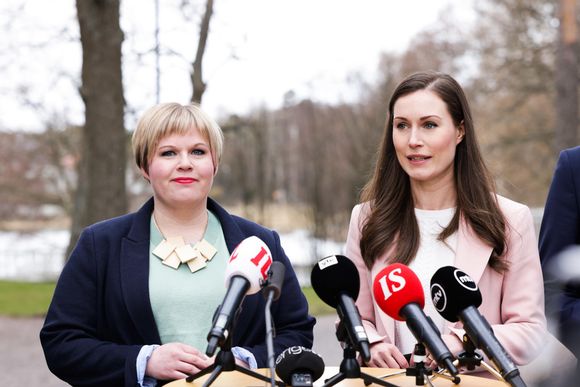 Members of the five-party government coalition on Thursday began a ninth – and apparently the last – day of negotiations over spending plans for the next two years.

Prime Minister Sanna Marin (SDP) said the final package would be ready on Thursday, but maybe not until evening.

Leaders of the five government parties said at a press conference at Marin’s official residence on Wednesday that they had reached agreement on the main issues.

Key conflicts, which are said to have pitted the Center Party against most of the others, have prolonged what were to be two-day talks into a drama lasting more than a week and threatening the survival of the government.

Ministers met in the State House shortly before noon to iron out remaining details. They are probably under pressure to complete the long drawn out process before the May 1 holiday weekend. According to Yle sources, the deal will not be finalized until ministers arrive at parliamentary question time at 4 p.m.

Yle has learned that the government has agreed to a budget deficit of half a billion euros over the next two years, assuming the Finnish economy to rebound from the pandemic crisis.

One of the main controversies in the lengthy negotiations, along with the use and phase-out of high-emission peat as energy, has been the exceeding of the previously agreed budget expenditure ceiling in 2023.

On the way to talks, President of the Center and Minister of Science and Culture Annika saarikko said his party ended up agreeing to an “imperfect” compromise out of duty to the country.

“The decision was influenced by my assessment that the Finnish people did not want instability, but rather stability from our decision-makers after a year of coronavirus,” she said.

Saarikko said the crisis had strengthened cooperation within the government and in particular the understanding between the Center and the Social Democrats in Marin.

Ohisalo: peat emissions must be offset

President of the Greens and Minister of the Interior Maria ohisalo said that if phasing out the use of peat as energy proceeds more slowly than expected, the corresponding emission reductions must be found elsewhere to meet Finland’s commitment to carbon neutrality d ‘by 2035.

Ohisalo suggested that emission reductions could be found in agriculture and transportation.

The government’s goal was to halve peat use by 2030. Finland is one of the few countries that still relies on highly polluting peat as an important energy source. Peat producers – who are expected to receive additional subsidies as part of Wednesday’s compromise – are planning a truck protest in Helsinki on Friday.

According to Yle sources, the few thousand peat producers in the country will benefit this year from subsidies of around 60 million euros.