Cabinet proposes changes in the order of vaccinations 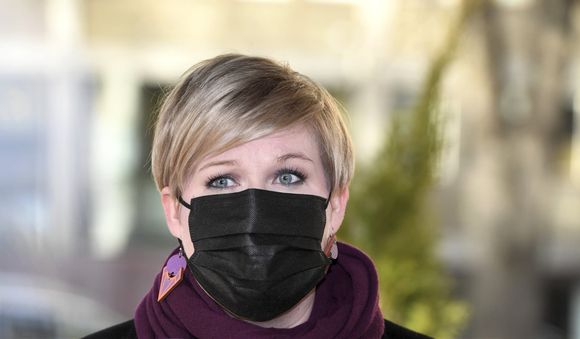 Officials can begin regional targeting of coronavirus vaccines. The government is to immediately submit a proposal on the matter for a series of comments, ministers said on Wednesday evening.

The feedback process will last until April 13, so there will be no imminent change in the sequence of vaccinations.

The government wants to partly adjust the focus on vaccinations depending on the infectious situation in various regions of the country.

This would mean that once risk groups and those over 70 receive the first dose of vaccine, THL could distribute certain batches of vaccine in a targeted manner.

The institute would be able to take into account the number of infections and people in intensive care when deciding on vaccine distribution, in addition to the population of each area.

As part of this plan, the Finnish Institute for Health and Welfare (THL) would be able to distribute portions of individual vaccine lots according to the population of the hospital district, the number of infections during the previous two weeks and the number of people in intensive treatment. care in the previous 14 days.

The Uusimaa region, which includes Helsinki, and the southwest, including Turku, have by far the highest infection rates over the past year.

Regional targeting possible from mid-April to the end of May

The proposal was developed by the THL and the Ministry of Social Affairs and Health. The government will send it for comments as is.

Cabinet ministers will then decide on possible changes to the bill once it has been released for comment to various bodies and committees.

According to the proposal, the vaccination order would be changed permanently with respect to age groups, but regional targeting of vaccines would only be possible until the end of May.

Following the vaccination of risk groups, social and health workers and the elderly, other people would be vaccinated across the country by age group, starting with the oldest.

After the over 70s, vaccinations would be given to people in their sixties, then those in their fifties, forties, thirties and finally those aged 16 to 29.

Saarikko: Working-age population to be vaccinated by age group

Minister of Science and Culture Annika saarikko, who is also chairman of the Center Party, commented on the government’s change in vaccine ordering on Twitter on Wednesday evening:

“The basis has been prepared by the ministry and the THL. Comments and impact assessments on the regional weighting will be heard. The main point of the draft regulation is that the working age population throughout Finland will be vaccinated by age group, ”he added. she wrote.

Share
Facebook
Twitter
Pinterest
WhatsApp
Email
Telegram
Previous articleDelta CEO calls Georgia’s voting law ‘unacceptable’ and ‘based on a lie’ after backlash
Next articleCAMS: Start with an “ add ” and DCF based FV of Rs 1850