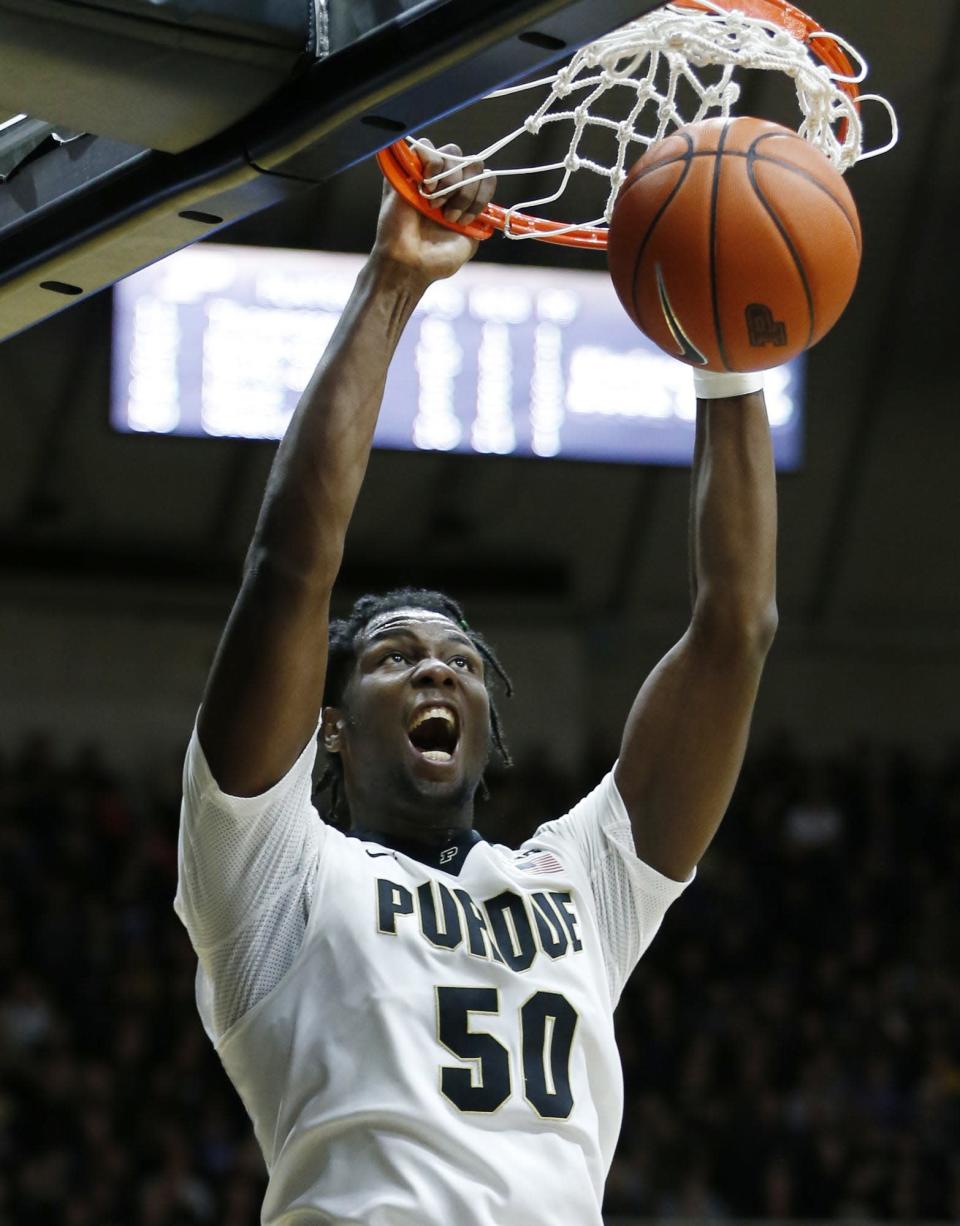 WEST LAFAYETTE, Ind. –Caleb “Biggie” Swanigan, one of the best players in the history of Purdue’s basketball program, has died. Swanigan was 25 years old.

“The Purdue basketball family is deeply saddened and devastated by the loss of Caleb Swanigan,” coach Matt Painter said in a statement released by the school. “Caleb was a very thoughtful person and a gentle soul who excelled on and off the pitch. He made a huge difference in the lives of everyone he touched and he will be sorely missed.”

KEEP YOURSELF UPDATED: Subscribe to our Sports newsletter now!

Swanigan, who struggled with weight issues and was homeless as a child before being adopted, came to Purdue in 2015 after being named Indiana Mr. Basketball. He played two seasons with the Boilermakers and was a consensus first-team All-American, winning Big Ten Player of the Year in 2017.

Swanigan was one of five finalists for the Wooden Award, along with Lonzo Ball of UCLA, Josh Hart of Villanova, Frank Mason of Kansas and Nigel Williams-Goss of Gonzaga.

Although he was at Purdue for two years, Swanigan earned his degree in educational history.

After his college career, Swanigan played two seasons in Portland, playing 45 games after being drafted 26th overall by the Trail Blazers in the 2017 NBA Draft. He was traded to the Sacramento Kings in 2019, making 10 appearances , before Portland bought it out in early 2020.

Swanigan made headlines in 2021 after the former Homestead star pleaded guilty to a minor drug charge in Whitley County. He was given a 180-day suspended sentence. He was ordered to submit to a substance abuse evaluation and comply with any prescribed treatment.