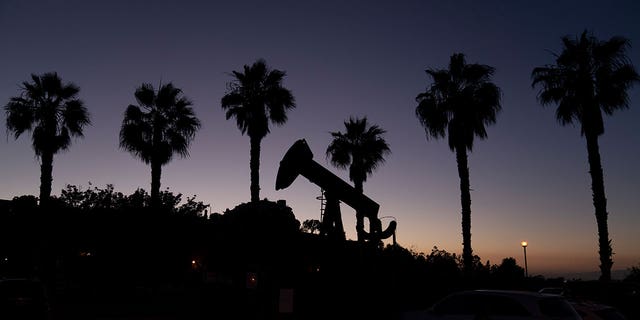 Amid a statewide battle over the future of fossil fuels, Uduak-Joe Ntuk stepped down last week as California’s chief oil and gas regulator after three years in the job, state officials confirmed Wednesday.

Ntuk, a former Chevron engineer and petroleum czar for Los Angeles, was appointed head of the California Geologic Energy Management Division by Governor Gavin Newsom in 2019.

“We are immensely grateful to Mr. Ntuk for his services and contributions to CalGEM and the state over the past three years,” said David Shabazian, Director of the Department of Conservation.

In a statement to The UK Time News, Ntuk said he was stepping down to focus on family and move forward with his career.

“I am incredibly proud of our work at CalGEM over the past three years, especially establishing the country’s most stringent regulations to protect communities of color from the impact of oil drilling, on our way to ending the practice of fracking in California and securing more than $100 million in state and federal funding to address the state’s age-long challenge of orphan oil resources,” Ntuk said.

His departure comes just after the division began implementing a ban on neighborhood drilling that oil and gas industry groups are seeking to overturn through a referendum. Lawmakers last year approved the ban on drilling within 3,200 feet of schools, homes and other community sites. Ntuk’s agency had previously begun a regulatory process to impose similar restrictions, but some environmental groups felt it was taking too long.

Ntuk took the lead role at a time of change in the agency, which oversees and authorizes oil and gas drilling. Formerly called the Oil, Gas and Geothermal Resources Division, the division has long faced criticism for being too cozy with the industry it regulated.

But Newsom, a Democrat, vowed to take a tougher stance on oil and gas companies when he took office in 2019 as he fought for aggressive climate policies. Several months into his tenure, he fired the division’s leader amid an increase in permits for the oil and gas extraction process known as fracking and allegations that some employees held shares in companies they were responsible for regulating. Newsom also changed the name of the division.

Since then, the division has started denying fracking permits on the basis of climate change and health concerns.

But environmental watchdog groups said permits for traditional oil drilling were on the rise in late 2022 as the state’s ban on nearby oil drilling approaches. While the state has begun implementing the law, it could be suspended if the referendum is approved to be presented to voters in 2024. State officials will soon determine whether it qualifies for the vote.

“We will be watching the Newsom administration closely to see if they will make the right changes to get CalGEM on the right track,” Cesar Aguirre, a community organizer with Central California Environmental Justice Network, said in a statement.

Oil and gas industry groups have not commented on Ntuk’s resignation.

Gabe Tiffany, the deputy director of the Department of Conservation, serves as interim oil and gas regulator for the state. Ntuk was the first African American to lead the division.